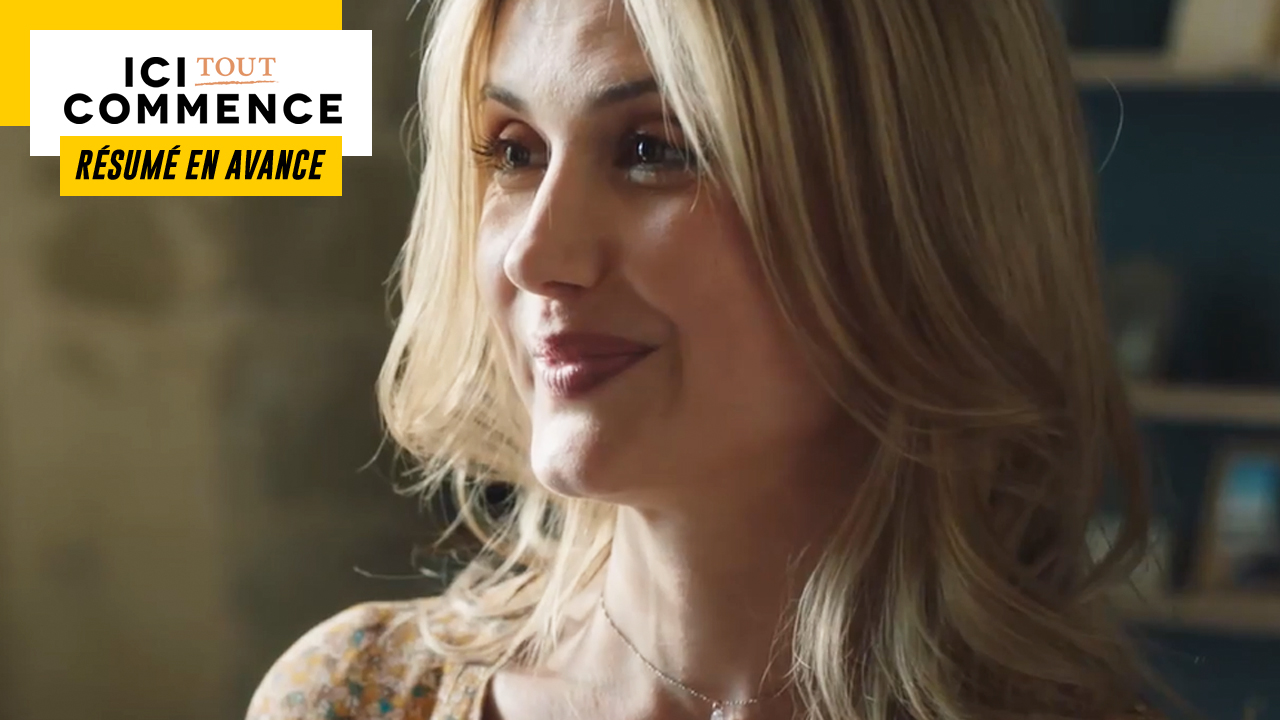 In the next episode of “Here it all begins”… While Constance and Landiras give in to temptation, Anaïs makes a decision. At the same time, Lionel gives Kelly an ultimatum.

Monday, May 30 in Here it all starts…

CONSTANCE AND LANDIRAS YIELD TO TEMPTATION

Constance left the family home and moved in with Clotilde. In the early morning, the nurse tells her friend how obnoxious her husband has been. Understanding, Chef Armand then explains to him that jealousy can sometimes drive you crazy to the point of losing touch with reality. And to specify that she is welcome at home as long as she wishes.

Later, Charlène and Théo stop by Clotilde to bring some things to their mother. After telling them that she would spend the weekend here, Constance apologizes to them for making them go through all this but Theo urges her to think of her for once instead. For her part, Charlène feels guilty. If she hadn’t recorded them, they wouldn’t be here. However, Constance maintains that this is not all her fault and that the situation would have exploded one way or another. A vision shared by Theo who stands behind his mother’s opinion. The nurse then takes her children in her arms to give them a hug.

For his part, Teyssier is particularly execrable with his students and more particularly with Greg to whom he says that he understands that his mother took out the belt with such a bad son. Faced with his criticisms, Enzo declares that it is not because he has problems with his wife that he should go after them. Furious, Emmanuel replies that they are just a bunch of wankers who will never get anywhere.

Meanwhile, Théo has his head elsewhere and goes from one blunder to another in the kitchen. At worst, he confides in Célia about his fear of seeing his parents separate. Although he feels that his father deserves what is happening to him, he worries and can’t help but feel a little sorry for him. As he does not know what attitude to adopt towards her, Célia assures us that he is already doing his best.

Later, Célia finds Mehdi and Zacharie in the kitchen. The young woman takes this opportunity to ask her teacher if this story does not go a little too far. Chief Landiras then replies that he does not have to justify himself and that what happens between him and Constance is nobody’s business. Teyssier, who overheard their conversation, summons his colleague once again to forget his wife, but the latter makes him understand that it is impossible. Mad with rage, Emmanuel understands that the only solution to keep Landiras away once and for all is to fire him. Unfortunately, Antoine refuses to fire someone for personal revenge.

Warned by Zacharie, Constance meets her husband in the park and points out to him that kicking the young chef out is not the solution to their problems. When Constance affirms that nothing is happening with Zacharie, Emmanuel declares that he wants to believe her but that she must however stop seeing him. A request she refuses. Teyssier, who is injured, is once again disparaging towards his wife.

At the end of the day, Zacharie arrives at Clotilde’s to hear from Constance. Touched by his support, the nurse comes closer to him to stroke his hair. As she is about to kiss him, Zacharie stops her because he doesn’t want her to regret anything. Constance then asks him to kiss her, which he does before undressing her.

After spending the night at boarding school, Anaïs wakes up and swallows the second pill to terminate her pregnancy. Shortly after, she receives a visit from Lisandro who has come to support her. Insofar as he regrets not having been able to do more, Anaïs tells him that he didn’t miss anything because she’s been a pain since the day before. Lisandro therefore teases her before telling her more seriously that she has the right to be for 48 hours and even urges her to take advantage of it. Then to indicate how beautiful he finds her before taking her in his arms.

A few hours later, Anaïs joins Salomé in the park then tells her with emotion that it’s over. With tears in her eyes, she collapses in the arms of her best friend and warmly thanks her for being there for her.

At the end of the day, Anaïs goes home where Lisandro takes care of her. She then takes the opportunity to say thank you for doing exactly the right thing. Once they have shared a moment full of complicity, Anaïs confides that she does not want to be far from him right now. Besides, she doesn’t really want to go to the Sybarite either, let alone have a long-distance relationship. Nevertheless, Lisandro advises him to have this discussion with a clear head.

Kelly’s leg bone fragments don’t fuse together properly. If it takes too long, it will therefore be necessary to proceed with a bone graft. However, even with this, the young woman could limp all her life. After lecturing her for taking over the kitchen so soon, the doctor begs her to rest.

Worried about her daughter, Laetitia reproaches her for having put her health in danger unnecessarily, then tells her that she risks being disabled for life by refusing treatment. But nothing helps, Kelly, who has no intention of repeating her first year, asks Lionel to give her his crutches. No longer able to bear to see her like this, Lionel gives her an ultimatum: either she gets treatment or he leaves her!

Later, Kelly apologizes to Lionel for not having been easy going lately. Almost in tears, she admits that she has no desire to lose him and promises to take care of himself. Relieved, Lionel says that it was driving him crazy to see her put herself in danger like that. He then swears that if she rests, she still has a chance to pass the exams.