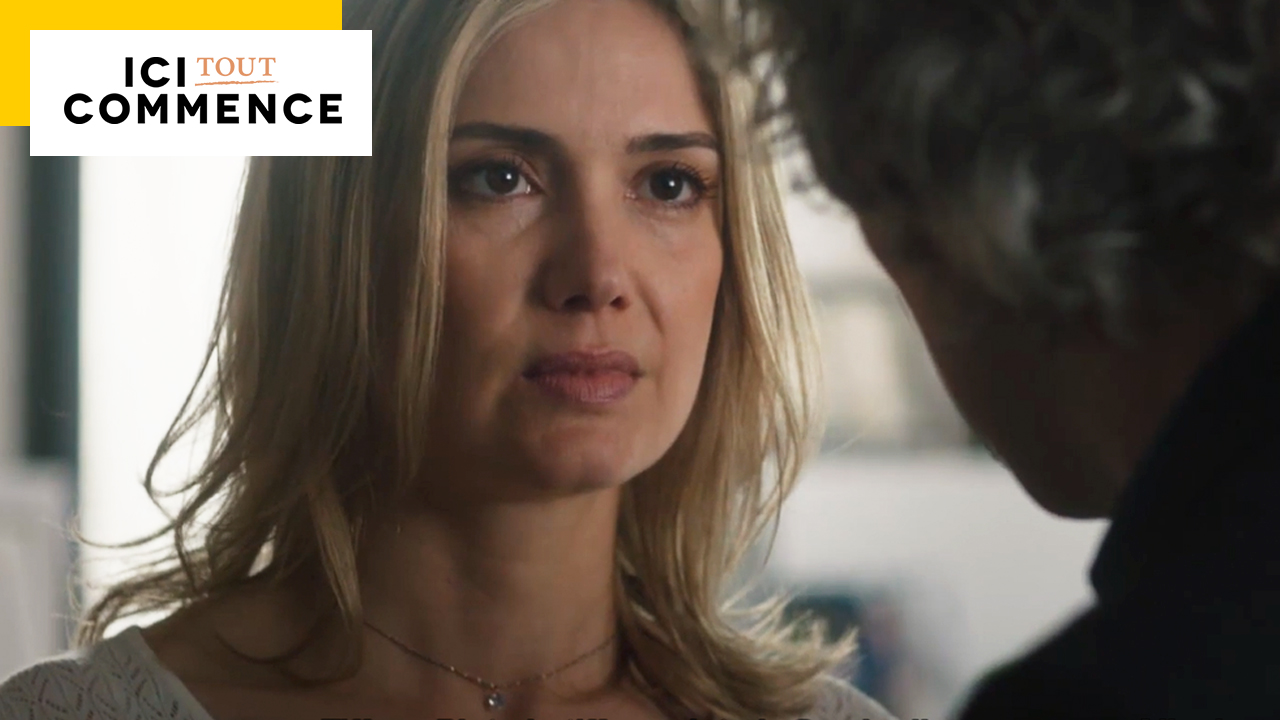 In the next episode of “Here it all begins”… While Constance has made a decision, Anaïs has an abortion. Kelly is feeling unwell.

Friday, May 27 in Here it all starts…

At the Teyssiers, Emmanuel tries to fix things with Constance. However, he continues to insinuate that his wife is cheating on him with Zacharie. Although she claims they are just friends, Teyssier refuses to believe her and is obnoxious to her. Theo hopes that his mother will finally decide to leave him, but Charlène comes to her father’s defense and comes to feel guilty for having given him the recording. Axel, meanwhile, says he is certain that they can still overcome this ordeal.

Later, Antoine tries to understand what happened with Zacharie. But once again, Teyssier is ironic about the situation. Rose points out to him that Landiras could have lodged a complaint against him before specifying that videos taken by the students are already circulating on social networks. For the principal, there is no doubt that the reputation of the school will be impacted by this story. In order to avoid any other incident, the latter asks him to fix the situation with Zacharie.

Meanwhile, Zacharie comes to hear from Constance. If she thinks it’s a bad idea for them to be seen together after what happened, the nurse ends up admitting to her that she’s ashamed and even thinks she’s the only one to blame for the situation. Chief Landiras immediately interrupts her and declares that she is not responsible for her husband’s behavior. As some students look at them strangely, Constance reiterates her request: they should no longer see each other at the institute. Zacharie wants to know if they can continue to see each other outside, which she accepts.

In baking class, Enzo is surprised to see Teyssier act as if nothing had happened. Greg is meanwhile on his phone and laughs at a video montage of the altercation between his teacher and Zacharie. Taken aback, Emmanuel stops his explanations and watches the video in turn. Very annoyed, he voluntarily presses Greg’s shoulder, dislocated during the accident at the ball. Seeing his teacher attacking his classmate, a student films the scene. The principal warns his students: if anyone watches, shares or talks about what happened with Landiras, he will destroy them.

For his part, Zacharie finds Célia and Mehdi who continue to prepare their dessert for the competition. The teacher says that the recipe is good but he wants to go even further. While they are deep in conversation, Teyssier interrupts them and takes Chief Landiras aside. On Antoine’s advice, Emmanuel agrees to make an effort, but on condition that he stops seeing, talking or thinking about Constance. Zacharie cannot accept her request and admits to her that he is in love with his wife. A statement that upsets the director.

In the infirmary, Charlène tells her mother about the incident that happened in baking class. No longer supporting her husband’s behavior, Constance decides to go talk to him but Charlène prevents her. The latter ends up confessing to him that she recorded her conversation with Zacharie and gave it to her father. Once again, Constance affirms to her daughter that nothing ever happened with Landiras. Realizing that her mother is telling the truth, Charlène realizes that if she hadn’t imagined the worst, none of this would have happened.

On her way home, Constance confronts her husband. For Teyssier, his reactions are justified, especially after Zacharie’s last confession. Now convinced that they slept together, Teyssier loses his temper and tells his wife that she should be thankful he hasn’t kicked her out yet. At these words, Constance takes her things and leaves the house.

At the gynecologist, Anaïs gives her consent for the abortion. The doctor explains the procedure to her, she must take a first anti-gestogen now then a second in the next 48 hours. As she is afraid of being in pain, the gynecologist gives her a painkiller. As she prepares to prepare the prescription for the second medication, the doctor is interrupted by a nurse. She therefore asks Anaïs to wait for her before taking the anti-gestogen. Salomé takes advantage of being alone with her best friend to reassure her, which makes Anaïs want to take the medicine. As she is about to take it, the young woman drops it.

The two young women try to find the pill, in vain. The situation is so ridiculous that they can’t help laughing. The gynecologist finds them under her desk and they explain to her what happened. The doctor then gives her another medicine that Anaïs hastens to swallow.

A little later, Salomé and Anaïs are in the garden of the institute. The young woman has a little stomach ache but it’s bearable. She thanks her best friend for having accompanied him in this ordeal and for having managed to make him laugh. Anaïs receives a message from Lisandro, she is going to see him. Before she leaves, Salomé offers to accompany her tomorrow to pick up her second pill. What Anaïs accepts directly.

Anaïs returns home and finds her boyfriend. She reassures him, despite some pain, she feels good. He offers her to spend a quiet romantic evening so that he can take care of her but Anaïs refuses, wishing to be a bit alone.

At the Rigauts, Kelly continues to move about without her crutches, which annoys her mother. As Laetitia reminds her that she must take her medication before the pain becomes too great, Kelly complies. When the assistant leaves for work, Lionel changes his behavior completely. Indeed, the latter knows full well that his girlfriend is lying and that she is still suffering.

During the service, Kelly struggles to keep up. The pain having become too great, she took several painkillers. Tom sees her doing this and is very worried about his classmate but Kelly assures us that everything is fine.

After her shift, Kelly goes to the vegetable garden to pick some chives. She is dizzy and has difficulty moving. Feeling too weak, the student lies down on the ground and tries to call her mother, in vain. Kelly feels unwell.

Worried, Laëtitia and Lionel look for Kelly. Thanks to her phone ringing, they find her unconscious in the vegetable garden. When she wakes up, Kelly confesses to them that she took too many painkillers to continue the service. Mad with rage, Laetitia is about to call the doctor when her daughter confesses to her that he was actually against her returning to the kitchen. Indeed, his injury does not get better, far from it.