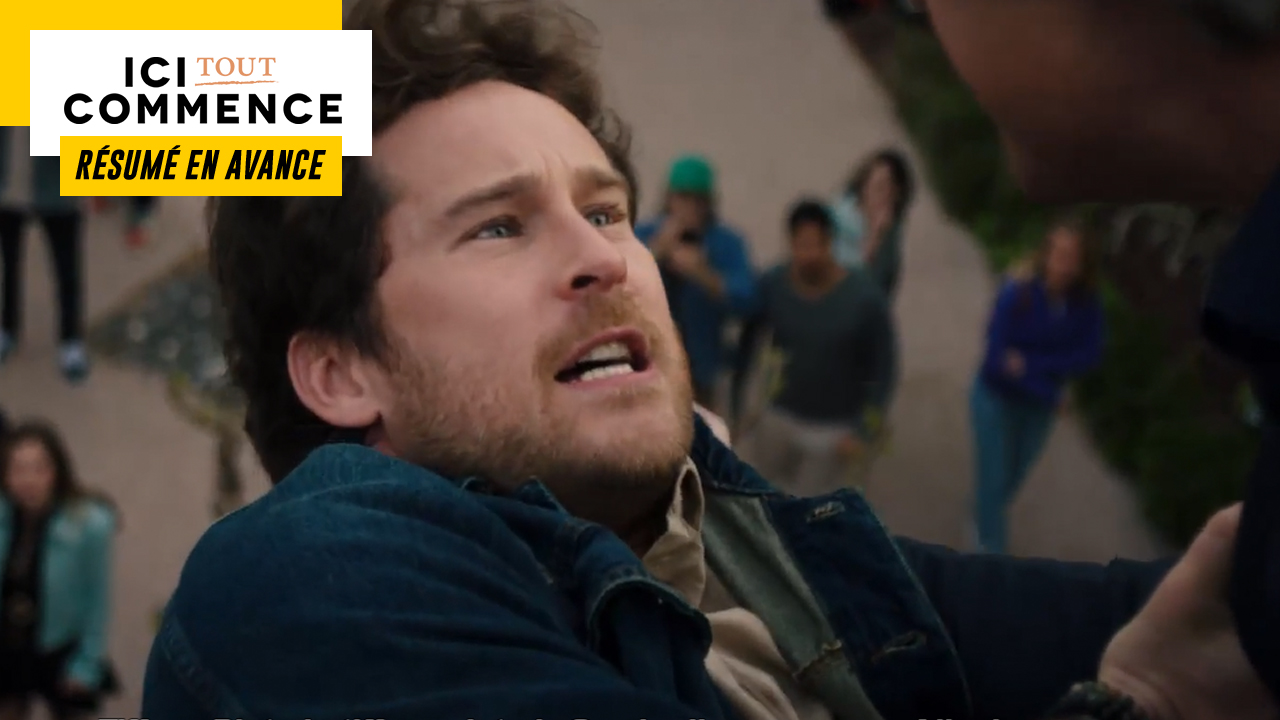 In the next episode of “Here everything begins”… Teyssier attacks Zacharie while Anaïs does not want Lisandro to accompany her and Axel proves himself.

Thursday, May 26 in Here it all starts…

Charlène prepares the work plans for her father’s class. Just then, Teyssier arrives and asks his daughter where the proof he is waiting for is. Uncomfortable with the situation, Charlène prefers not to get involved anymore, but the professor doesn’t see things the same way and intends to push her to get it for him. However, he wants to reassure her: when he has proof of his infidelity, he intends to fight to save his marriage and win back his wife.

At the same time, Constance has a coffee with Clotilde and tells her about her escapade on horseback with Zacharie. However, the nurse makes things clear: nothing happened between them. The teacher asks her if she wanted something to happen, which Constance half-confirms. If Clotilde thinks that her friend made the right decision by not going any further, the latter does not however feel able to put distance between them.

In the kitchen, Zacharie, Célia and Mehdi prepare for the regional selections. The teacher offers them to create a dessert with exotic flavors for the free test. This news delights the two students who look forward to working with him. Landiras shares with them that he has had an overflowing imagination these last few days. For Célia, it is obvious that a woman is hiding behind the chef’s good humor, but who is she? After reflection, it seems obvious to him that it is Constance.

For her part, Charlène fears that her parents will separate. Constance wants to reassure her, she is still in love with her husband. Faced with her daughter’s many questions, the nurse explains that she and Zacharie are simply friends. While they are talking, Landiras arrives at the infirmary to give Constance a taste of his latest creation. Charlene leaves her phone on her mother’s desk and records their conversation.

Once alone, Constance and Zacharie talk about their meeting the day before. When the latter declares that she is more beautiful when she is naughty, the nurse stops him and makes him understand that he cannot talk like that. In vain. Constance understands that he won’t stop and therefore decides to put an end to their friendly relationship for the good of his family. Landiras is ready to fight for her because he doesn’t want Constance to sacrifice their possible relationship, especially if she isn’t happy with Teyssier.

Later, Charlène retrieved her mobile phone and joined Louis, to whom she confided that she was afraid to listen to the recording. Louis pushes her to do it in order to get the answers to her questions. Charlène starts the recording and hears her mother and her teacher talking about aches, sports and cardio. For Louis, there is no doubt: they sleep together. Unable to hear him say that, Charlene raises her voice. Theo, who hears the couple arguing, intervenes and asks his sister to stop meddling in their parents’ business.

Lost, Charlène seeks Axel’s advice. According to him, his aunt has already made up her mind. He therefore advises his cousin not to intervene. Emmanuel arrives and asks his nephew to leave the room. While she no longer wanted to give him the recording, her father finally manages to convince her.

Teyssier made an appointment with Zacharie on the balcony of the institute. Suddenly, he takes him by the collar and holds him in a vacuum. The teacher starts shouting, which alerts the students in the yard. Charlene yells at her father to stop and Constance arrives at the same time. Teyssier ends up releasing Zacharie and warns him again: it is in his interest not to approach his wife again.

Anaïs does not want Lisandro to accompany her

Anaïs shares with Salomé her fear about her appointment tomorrow with the gynecologist. To reassure her, Salomé tells her that Lisandro will be with her and that everything will be fine. But her boyfriend is not available, because he has to work at double A. Finally, Anaïs admits that she did not ask him to come. Not wishing to leave her alone, Salomé offers to accompany her, which she accepts.

A little later, Anaïs and her comrades prepare the tables for the double A for the next service. Lisandro takes her aside and tells her that he can finally come with her to the gynecologist. The student is very surprised, but the teacher wants to reassure her, he has planned everything for the occasion: chocolates, magazines… This news upsets Anaïs’ plans.

In the locker room, Salomé asks Anaïs how they are getting organized for her meeting. Anaïs admits to her friend that Lisandro has finally managed to free himself, but she doesn’t want him to come with her at all. Salomé encourages her best friend to tell her how she feels, because she has to live this abortion as she wishes.

At Lisandro’s, Anaïs tries to talk to him, but he is too focused on preparing a bag to accompany her. The young woman decides to cut him off and explains that she does not want him to come. Anaïs tries to justify herself, but she can’t, it’s just not against him. Lisandro understands, if she doesn’t want to go with him, it doesn’t matter.

In the kitchen, Jasmine tastes the milk jam prepared by Axel. The student is proud of her boyfriend’s progress. To diversify her learning, this time she offers him not to reproduce a recipe, but to create one from imposed ingredients. As Jasmine is about to give him ideas, Axel stops her and wants to do it alone to test himself.

Later, Axel finishes preparing his dish. Jasmine joins him in the kitchen to discover his new recipe. For the student, her dressing is raw, which does not mean that the dish is not good. From the first bite, Jasmine is completely conquered by the production of her friend. Axel wonders if she is really sincere. So to prove it to him, she leaves with her dish.

Determined to prove to him that his plate is a success, Jasmine wants to have other classmates try her creation. She asks Greg to taste the dish. He shares the same opinion as Jasmine, even if he is simple, he is very successful. Then she hurries to have Clotilde taste it. She also finds the association very good. Jasmine tells her that it’s an Axel creation, which pleasantly surprises the chef.

In Teyssier’s office, Clotilde brings him two internship applications to sign. She asks the director if he tasted Axel’s creation. Not seeing what she is talking about, the teacher tells what happened earlier in the kitchen. She thinks her nephew has potential. Teyssier reminds her that a month ago she objected to letting Axel be a free auditor at the institute. Clotilde admits having made a mistake. While he was firmly opposed to his nephew participating in the entrance exam, the director is finally ready to give him a chance.