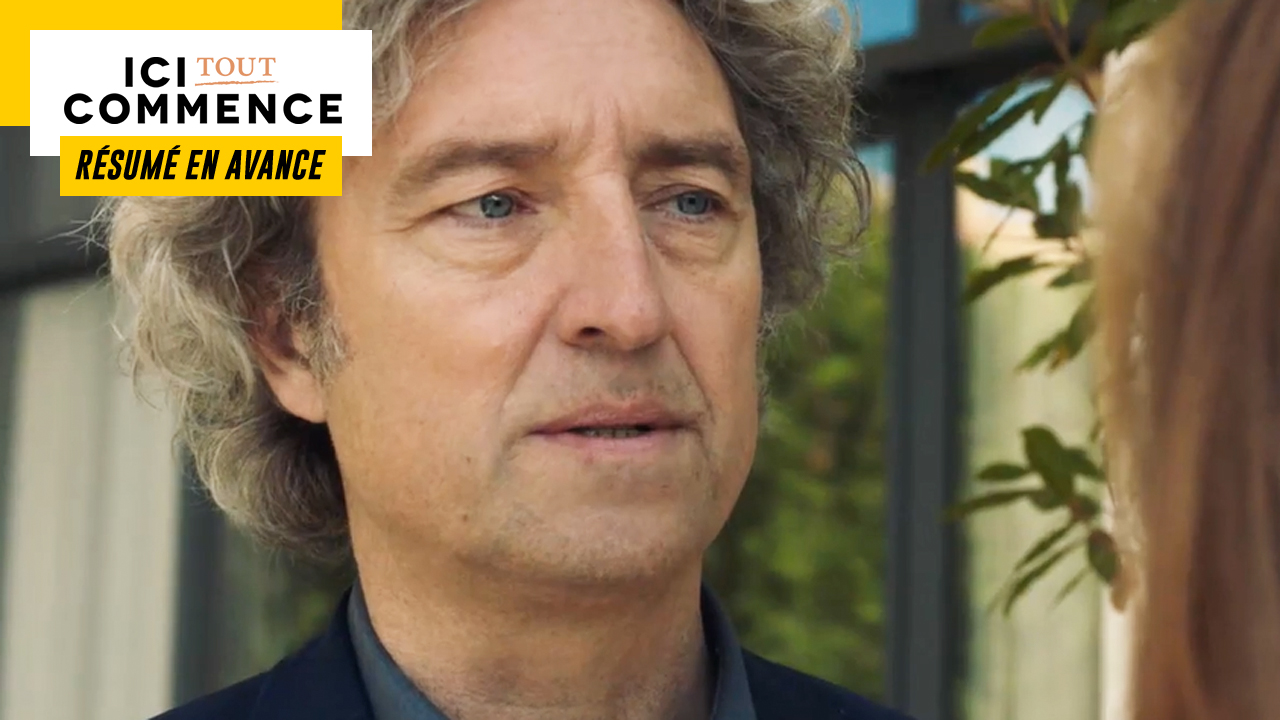 In the next episode of “Here it all begins”… While Charlene tries to open her father’s eyes, Salomé hides the true nature of her feelings. At the same time, Théo in turn surprises Célia.

Wednesday, May 25 in Here it all starts…

Stressed by the atmosphere that currently reigns at home, Charlène offers her mother to go shopping to clear her mind. Unfortunately, Constance makes her believe that she has an interview with the director of the school of osteo that she cannot cancel. In reality, she agreed on an appointment with Zacharie who promised her a nice surprise.

Later, Charlène receives a visit from Louis and tells him that his mother has just openly lied to her to cover up her meeting with Landiras. Louis then pushes his girlfriend to tell the truth to his father but the latter hesitates. Indeed, Charlene refuses to inflict such humiliation on him. To remedy this, Louis therefore advises him to arrange for him to learn it by himself by forcing a little chance.

Shortly after, Charlène makes her father believe that she is suffering from severe stomach aches. Without waiting, he accompanies her to the infirmary but Constance is not there. Teyssier tries to call him but without success. Charlène tells him while her mother is in Montpellier. Worried about his daughter, Emmanuel contacts the school of osteopathy but the secretary informs him that the director is currently on leave.

For her part, Constance joins Zacharie at the salt marshes for a horseback ride. At the end of this little escapade, she thanks him for everything he has done for her. However, the mother of the family wishes to clarify that nothing will ever happen between them. Although it is not a surprise for him, Zacharie still tries to find out if Emmanuel makes her happy. Constance does not hide from living in the shadow of her husband but as she has been with him for 25 years, she still wants to fight to save her couple. Understanding, however, Zacharie does not want them to distance themselves. And that’s good because Constance appreciates the time spent with him. If Chief Landiras promises that he will not try anything inappropriate, he cannot help but hope that she does.

Upon returning home, Constance continues to lie to her family pretending that her date went well and that the manager of the establishment is sympathetic. For his part, Emmanuel has meanwhile very quickly understood that his daughter had played the comedy for him to notice the absence of his wife. When he tries to find out what she knows, Charlène indicates that her mother spent the afternoon with Chief Landiras. To prove his wife’s infidelity, Emmanuel intends to obtain proof with the help of his daughter.

SALOME HIDDEN THE TRUE NATURE OF HER FEELINGS

Although he is in a relationship with Jasmine, Axel questions Greg and Lionel about Maxime. According to them, he is the perfect man. Even if he is not surprised to learn that the Delcourt son was very much in love with Salomé, Axel is on the other hand surprised to learn that Salomé was married to Louis. For his part, Greg quickly understands that his comrade is ultimately more interested in Salomé than in Maxime.

Somewhat disturbed, Axel takes advantage of a cooking class to ask Salomé directly why she invited him to the prom. Salomé then claims that she only saw him as a distraction.

Subsequently, Anaïs, who overheard their conversation, tries to understand why her friend lied. Although Salomé recognizes that she likes Axel a lot and that she has even projected herself a little bit with him, she still prefers to move on. Only, Anaïs advises her instead to be honest with him by telling him how she feels and then to see where it leads. Unfortunately, Salomé will be graduating in less than a month and does not intend to attach herself to anyone.

Later, Louis meets Salomé at the library. Sitting at the next table, Jasmine and Axel are particularly complicit. The perfect opportunity for the Guinot son to tease the budding jealousy of his ex-wife.

Impressed by the romantic evening she organized for Théo, Ambre suggests that Célia market the idea. As the experiences to live are fashionable, the two friends decide to join forces to create a concept that they would call “Three stars under the stars”.

Theo meanwhile spent a great evening despite the cold snap he caught. As he talks to Enzo about his girlfriend’s concept, the latter overhears them laughing at his idea. If Theo assures that his words were not mean, he nevertheless admits that his concept does not hold water since many sites already offer unusual evenings. And although he loved this time spent with her, Theo says he would never pay for it. Words that hurt Celia once again.

To be forgiven, Théo organizes a surprise evening at Célia with a small romantic dinner aboard a boat.