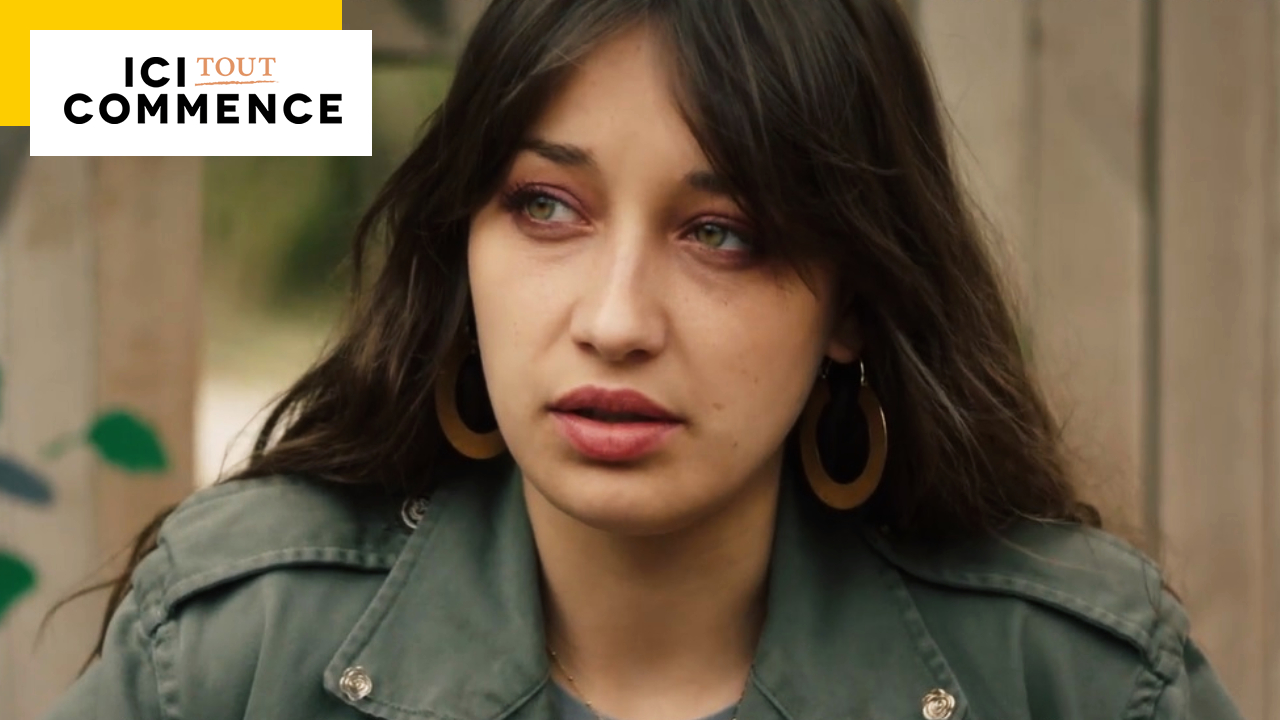 In the next episode of “Here it all begins”…While Jasmine sets a trap for her parents to get Naël back, Antoine and Souleymane return to the institute. Meanwhile, Zacharie and Constance grow closer.

Monday, May 23 in Here it all starts…

Jasmine tricks her parents to save Naël

Disturbed by Salomé’s remarks about her parents who were present the evening of the ball and seemed to be up to something bad, Jasmine is anxious and cannot calm down. She shares her doubts with Axel, Eliott and Greg, and tries to reach her parents on numerous occasions, without success.

Convinced that they kidnapped Naël, Jasmine takes fright. His friends want to alert the police, but Axel thinks that will only speed up their escape. Instead, he suggests that Jasmine try to convince her parents to come back to the institute by playing on their emotional fiber.

Jasmine then sends a message to her mother, claiming that Axel has just broken up with him and that she is in the worst possible condition. Mylène ends up dropping out, and her daughter begs her to come back to take care of her, because her friends have taken Axel’s side and are leaving her on her own.

Consumed by remorse, Mylène convinces Boris to return to the institute in order to take their daughter with them. Thus, they will finally be completely reunited with Naël, and their mission will be all the more a success. They turn back and are greeted by Jasmine, who is waiting for them in front of the institute with her suitcase.

Before they leave, she asks to take Nael in her arms. It is then that she announces to them that she does not want to leave with them, and that she has seen through their game. Greg, Eliott and Axel then join her and form a barrier around her.

Cornered, her parents claim that Jasmine is crazy. But faced with the group’s accusations that a witness saw them the night of the accident, they have no choice but to confess the truth. They were present the evening of the prom to take Naël, and it was they who locked the doors of the room.

If they didn’t reopen the doors of the room after the ceiling collapsed, it was for fear of being spotted by Eliott and Greg who were outside. Furious, Axel accuses them of having put the lives of many people in danger by their actions, starting with their own daughter who was trapped inside.

Taken to Myriel’s office, who alerts the police, Boris justifies himself by claiming that they wanted to offer their grandson a better life within their community in order to give him a better life, convinced that Jasmine would never be able to bring him a balance.

Full of anger, their daughter wishes them to rot in prison and never wants to see them again, after having made the mistake of placing her trust in them. She then goes to find Salomé to thank her for having helped her to discover the truth about her parents, and offers her to make peace with Axel. Grateful, Salomé accepts.

Antoine and Souleymane return to the institute

In the morning, Rose is surprised by the early return of Antoine and Souleymane, having decided to cut short their cruise after the tragedy that occurred during the prom. While Antoine feels guilty for not having been present to manage the consequences of the accident and take care of Rose, the latter assures him that he did not suffer from post-traumatic stress, contrary to what she had experienced afterwards. the explosion in the kitchens the previous year.

While Rose and her father rediscover their bond, Souleymane goes to the vegetable garden to make sure there has been no damage in his absence. Surprised to see him again sooner than expected, Deva greets him and comes to meet him to ask him about him.

Souleymane is then cold and distant, and explains to him that his trip has allowed him to take some distance. If Deva still wants to get married after his studies, he prefers not to have false hopes and distance himself from her. Hurt, Deva understands her decision and walks away.

Zacharie confesses his feelings to Constance

Teyssier summons Landiras to his office to confront him, after Constance confesses to him that he supports her in her professional retraining project. He reminds his former student that he was at the bottom of the hole and lived like an outcast the previous year, before he came looking for him to offer him the position of pastry teacher at the institute.

When he found out about his situation, he took him in with his family. But instead of showing her his gratitude, Zacharie tries to encourage his wife in what he considers to be a midlife crisis in order to try to seduce her. The teacher replies that Constance confides in him because he knows how to be a friend who listens, because this quality is obviously lacking in her husband.

Later, while talking with Zacharie, Lisandro asks him why Teyssier summoned him. The professor then explains to him that the director is jealous of his friendship with Constance. Little fooled, Lisandro asks him if he simply feels friendship for the nurse, and warns him about the consequences that it could have for his career to alienate the director of the establishment.

Zacharie replies that Constance is simply in the process of breaking away from the hold that her husband has had over her for years, and that he encourages and supports her in this direction. But according to Lisandro, Constance doesn’t share his feelings, and he should be careful not to make up his mind about her.

Later, while he is working on the preparation of his pastry in the kitchen, Zacharie is joined by Constance, who has come to thank him for having remotivated her because she has just registered for an osteopath training. Unable to hide his melancholy, Zacharie then confesses his feelings for her. He loves her since their first meeting. Moved, Constance takes her hand, and the two come closer…