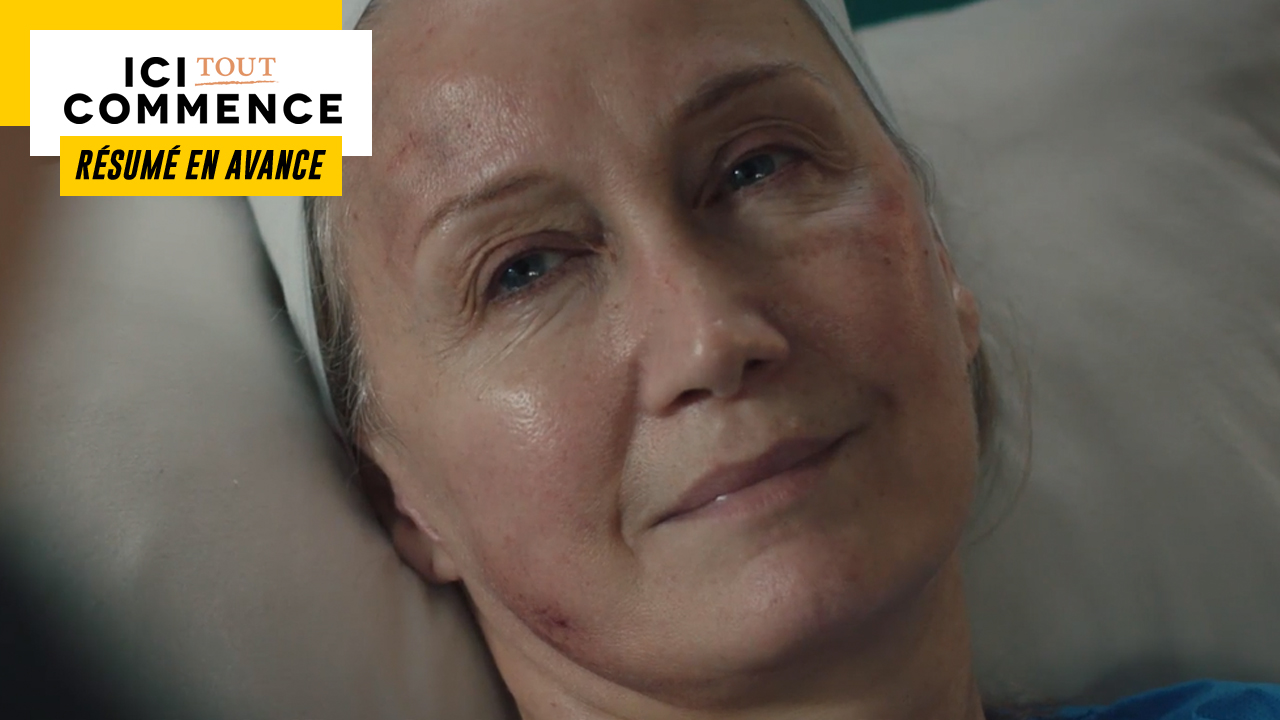 In the next episode of “Here it all begins”… Claire comes out of a coma and Enzo is more motivated than ever. As for Teyssier, he attacks Zacharie.

Monday, May 16 in Here it all starts…

Claire comes out of a coma

Jasmine finds Salomé in the park. She asks him if she has heard from Axel since his arrest, but this is not the case. The young woman is very worried about her boyfriend. His comrade tells him that this story will surely soon be settled. By evoking her relationship with Axel, Jasmine annoys Salomé who sees this as yet another provocation. Naël’s mother apologizes because she didn’t want to hurt her. Then, she proposes to him to work out a plan to push Louis to modify his testimony.

The two students find Louis before his pastry class. For him, Axel’s fate does not matter, and he is determined not to do anything to get him out of police custody. His relationship with Charlène, his mother in a coma, Salomé and Jasmine use every possible argument to reason with Louis, but they only manage to push him over the edge.

Disappointed by their discussion with Louis, Salomé and Jasmine take a walk in the park. They were sure they could make him change his mind. Suddenly, Jasmine’s phone rings, her parents are still trying to reach her. She explains to her classmate that they have been harassing her for the past few days. Under Salomé’s advice, Jasmine ends up dropping out all the same. She assures them that everything is fine, but her parents seem determined to come see her at the institute. What the young woman refuses.

At the same time, Louis is at his mother’s bedside in the hospital. Charlène offers him to leave, but when he gets up, the young woman is convinced to have seen Claire move. She rushes to fetch doctors while the chef shakes her son’s hand.

Later, at home, Louis is preparing a bag for the hospital when Salomé rings the doorbell. She has heard the good news and comes to bring him a bouquet of dried flowers for Claire. After asking her how her mother was doing, Salomé comes back to the charge concerning Axel’s police custody. Louis is at first very disappointed with her, but Salomé insists and, against all odds, she manages to make him reconsider his decision.

Later, Axel returns to the institute, to the delight of Jasmine who jumps into his arms. Salome is also happy for him. However, he does not understand why Louis reconsidered his testimony. She then tells him about the exchange they had.

Meanwhile at the hospital, Olivia is at Claire’s bedside. Louis arrives with his things and the flowers. His mother is still upset by what happened. The events of that evening remain confused for her, but she has the memory of something abnormal. She even wonders if she might have seen a student closing the door.

Enzo is more motivated than ever

In the kitchen, Enzo is preparing his presentation for Clotilde’s cooking class. Lionel finds him and begins to make fun of him. When his comrade explains to him why he exercises, Kelly’s boyfriend is flabbergasted. He does not understand his teacher’s decision and believes that Enzo has nothing to teach him. Lionel tastes his preparation which he finds bland and continues his jokes.

In class with chef Armand, Enzo explains the stages of his recipe to his classmates, which once again amuses Lionel and Greg. They are picked up by Clotilde who asks them to be quiet. After the demonstration, she tastes her student’s dish, which she finds very good. The chef is even impressed by his modifications and congratulates him. Their teacher’s compliments leave Lionel and Greg speechless, much to Enzo’s delight.

The young man no longer lets go of the kitchen. This time, he decides to practice for fun, and Amber watches him do it. She is very happy for her friend who seems very fulfilled and who has decided not to let himself be walked on by Lionel and Greg. But Enzo knows it, his two comrades are basically right: he hasn’t given his all since he entered the institute. Fortunately, that will change. Now, Enzo is more motivated than ever and determined to return to the elite.

In the park, Greg, Lionel and Tom are talking when Enzo joins them. He looks back on his performance and asks them if they are still jealous of him. Faced with the duo who continue to make fun of him, Tom takes his defense. But Enzo does not stop there, he shares his goal with them: to be top of their class. An announcement that makes them laugh a lot.

In his office, Teyssier is meeting with Lisandro and Zacharie to discuss the end-of-year exams. The director points out a problem in Professor Landiras’ pastry class. He finds that the preparations of the first years are far from up to par and questions the working methods of his protégé. Teyssier even offers to replace him and recommends that he try the guitar to relax. Zacharie immediately understands that his real problem is linked to his relationship with Constance.

Later, Constance has no news of Zacharie, with whom she was to have lunch. She bumps into Lisandro in the park, who tells her about the altercation between Landiras and Teyssier about her. Constance is amused by her husband’s reaction. If the nurse considers that there is nothing between her and Zacharie, this is not the case of Lisandro who seems convinced that his colleague has feelings for her.

In the infirmary, Zacharie comes to apologize for having canceled their lunch. He pretends to have had a lot of work. Constance admits to knowing about her argument with Emmanuel. She apologizes for her husband’s behavior and thinks he reacted like this after seeing her play the guitar the day before. While Zacharie offers to take her back to ease the tension, Constance refuses without hesitation, to the delight of the pastry teacher.

At the Teyssiers, Emmanuel can no longer bear to listen to Constance practicing on the guitar. His wife therefore decides to confront him and tell him about his behavior in a meeting with Zacharie. She wants to reassure her husband: there is nothing between them. For Teyssier, there is no doubt, the young teacher wants to sleep with her and he can’t bear to see her let himself be hit on by him. The discussion turns into an argument and Constance is tired of Emmanuel’s constant disrespect. As for him, he doesn’t seem to understand what the real problem is.