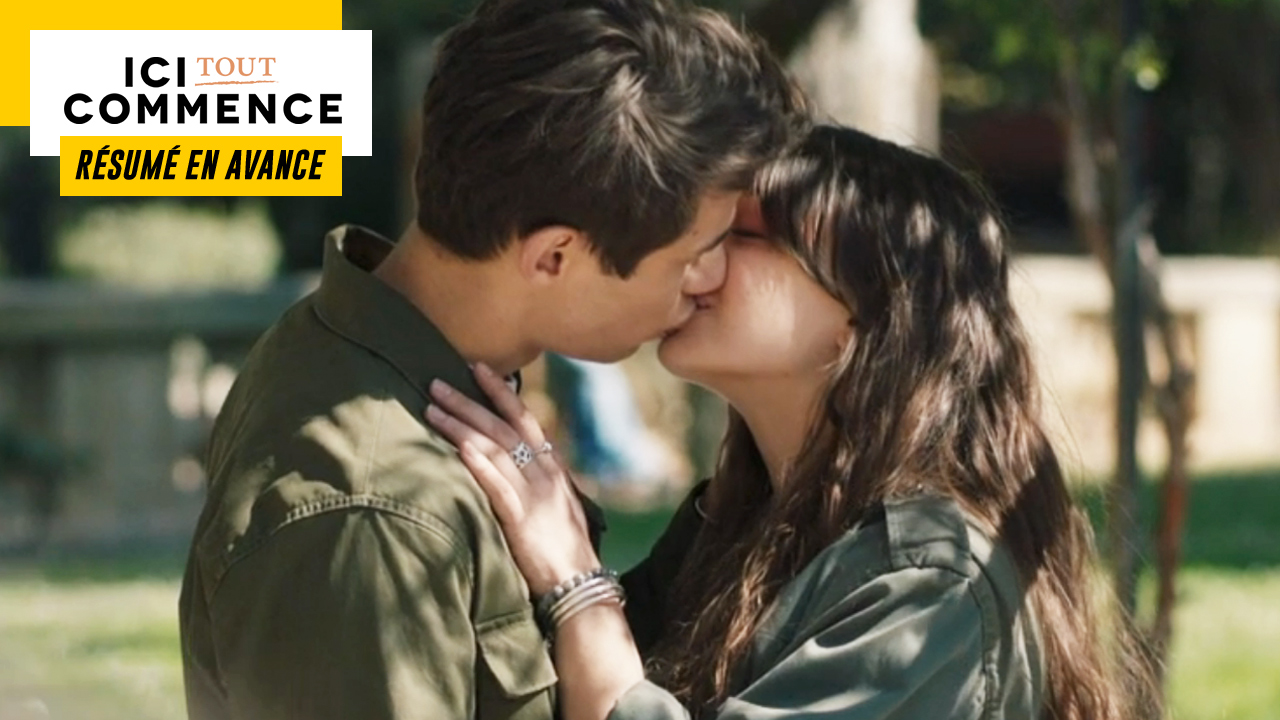 In the next episode of “Here it all begins”… While Axel has made his choice, Enzo questions himself. As for Zacharie, he makes a big gift to Constance.

Friday, May 13 in Here it all starts…

Axel has made his choice

At the Teyssiers, Axel begs his uncle to let him pass the institute entrance exam. But Teyssier cannot go back on his decision. Even if he believes him to be innocent in relation to the accident, he explains to Axel that his behavior and his altercation with Louis leave him no choice.

In the locker room, Jasmine seems convinced that Louis lied to the police in revenge. Much to his surprise, Eliott seems less certain of Axel’s innocence and doesn’t see why Louis would blame his girlfriend’s cousin for no reason. He also reminds Jasmine that she doesn’t know Axel that well. It was then that the young woman received a call from her parents. As she refuses to answer them, her father leaves her a very worried voicemail, which she decides to delete.

Charlene is very angry with her cousin and she lets her mother know. She believes that since his arrival, he thinks everything is allowed. Constance reminds him how much she appreciates Axel and adds that she thinks it is very likely that Louis’ testimony is false, which Charlène refuses to hear. Faced with her daughter’s reactions, Constance gets angry and raises her voice: she can no longer hear her complaining about her relationship with the Guinot son.

In the garden of the institute, Axel finds Salomé and apologizes to her. He confides to her that this altercation with Louis cost him his future, since his uncle decided to prevent him from taking the competition. Salomé thinks he can always try his luck at another cooking school to pursue his passion. Axel is less optimistic, he fears that his father will stop him. For him, the only solution to fix the situation would be for Louis to reconsider his testimony. Salomé braces herself, convinced that Axel’s apologies are not at all sincere and that he is just trying to get her help. She goes mad with rage.

A little later, Axel is joined by Jasmine. She tries to comfort him and once again supports him. The student is certain that Louis will soon pay for his behavior and that everything will work out. Jasmine then asks him if he had a chance to reconcile with Salome, but he didn’t. So she offers Axel to come to the roommate to try a recipe with Greg and Eliott.

At the roommate, Greg and Eliott have fun taking selfies, while observing the behavior of their friend, who is clearly flirting with Axel. If Eliott does not understand Jasmine’s obsession with Teyssier’s nephew, Greg finds Axel sexy and understands what the young woman can find in him. Surprised by his friend’s confidence, there is no doubt for him that Jasmine should be more wary of Axel.

Later, while strolling in the park, Jasmine invites Axel to fight against Louis’ false accusations and offers her help. The young man does not understand why Jasmine is so present for him. The student then admits that she does not want to see him leave the institute, because according to her, he has great potential. Faced with so much kindness, Axel still wants to apologize for his behavior over the past few weeks, but for Jasmine it’s all behind them. Not letting go of each other’s gaze, Axel and Jasmine end up kissing.

In the reserve, Salomé takes inventory. Jasmine joins her by bringing her vegetables to put away. The tension between them is electric and Jasmine just wants to calm the situation down. She mentions their rivalry for Axel’s heart but Salomé doesn’t agree with her comrade at all: they were never adversaries. This announcement reassures Jasmine who takes the opportunity to confess that she exchanged a kiss with the young man.

While walking in the park, Salomé tells Anaïs about her exchange with Jasmine. She does not understand the choice of Axel, who had however told her not to be interested in her friend. Anaïs points out to her friend that she probably reacts this way because she has feelings for him, but Salomé continues to dispute it. Anaïs even advises him to go speak directly to Axel, since he is right next door. But when Salomé is about to make things clear, the police arrive and arrest Axel who now has many elements against him.

At the institute, Clotilde shows the recipe for a saddle of rabbit to her students. Greg makes fun of Lionel who is disgusted by his teacher’s presentation. On his phone, Enzo begins to laugh, which does not escape the cook. Not appreciating his behavior, she asks him to finish the recipe in front of his classmates. Clotilde begins to question him, she asks him the steps of the recipe and what he absolutely must not do. Enzo does not know what to answer and he is humiliated by Greg who answers in his place.

In the kitchen, Enzo decides to go talk to Clotilde about her humiliation and does not understand why he is the only one to have been reprimanded. The chief seems very worried about the student who has been very dissipated lately. She reminds him that his grades are down and he’s already had warnings from all the teachers. For Enzo, this change is explained by the difficulty of the lessons, but it is only an excuse according to Clotilde who sees him wasting his talent. Wishing to help him, she tells him the recipe they will be working on tomorrow in order for him to get ready to make a new presentation.

Still in full preparation, Enzo returns to his work plan with ingredients. Greg runs to warn everyone of his return with a very excited look and Lionel films him. The duo decided to trap him by swapping his utensils for plastic toys. This joke is not at all to the taste of the apprentice. Despite his reaction, they continue to make fun of him. More and more angry, Enzo threatens Greg to break his other arm. As the tone rises, Lionel mentions the student’s cheating during the competition for the best school in France, which puts an end to the altercation.

In the garden, Amber sees Enzo. She asks him how he is after seeing Lionel’s video. According to him, his comrades at least had the decency to be honest with him when everyone takes him for a puppet. Amber tries to reassure him somehow by indicating that no one thinks he is a bad cook. Between the teachers and the other students, Enzo doubts his skills. But Amber is convinced that her friend will make the recipe tomorrow.

In the infirmary, Zacharie finds Constance. He brings her a big surprise: a guitar. She thanks him, but cannot accept such a big gift. The pastry teacher insists that she keep it, even if it means a late birthday present. Constance ends up agreeing. By way of thanks, Zacharie demands a private concert, which she does not refuse.

Later, Constance tries out her new guitar at home. Hearing her play, Charlène and Theo start watching their mother and can’t get over it to learn only today that she has a real musical talent. Constance, who heard them speak, explains to her children that she has not touched a guitar for 25 years. Charlène imagines her mother interpreting Brassens, but according to Constance it was not really the genre of her group, “The sirens of the landfill”. She decides to play them a piece, and Théo and Charlène are immediately charmed.

On his way home, Teyssier comes across Constance giving their daughter a music lesson. He asks where the guitar is from since he knows his wife sold hers a long time ago. Constance then confesses to him that it is a gift from Zacharie. Right away, the director of the institute jokes about the fact that he probably has to pay him too much for him to make such a purchase. As for Constance, she thinks this gift is just proof of her kindness. Charlène is very suspicious and doesn’t understand why he would have given her such a big surprise. She is convinced that Zacharie flirts with his mother, but that does not worry Emmanuel at all.