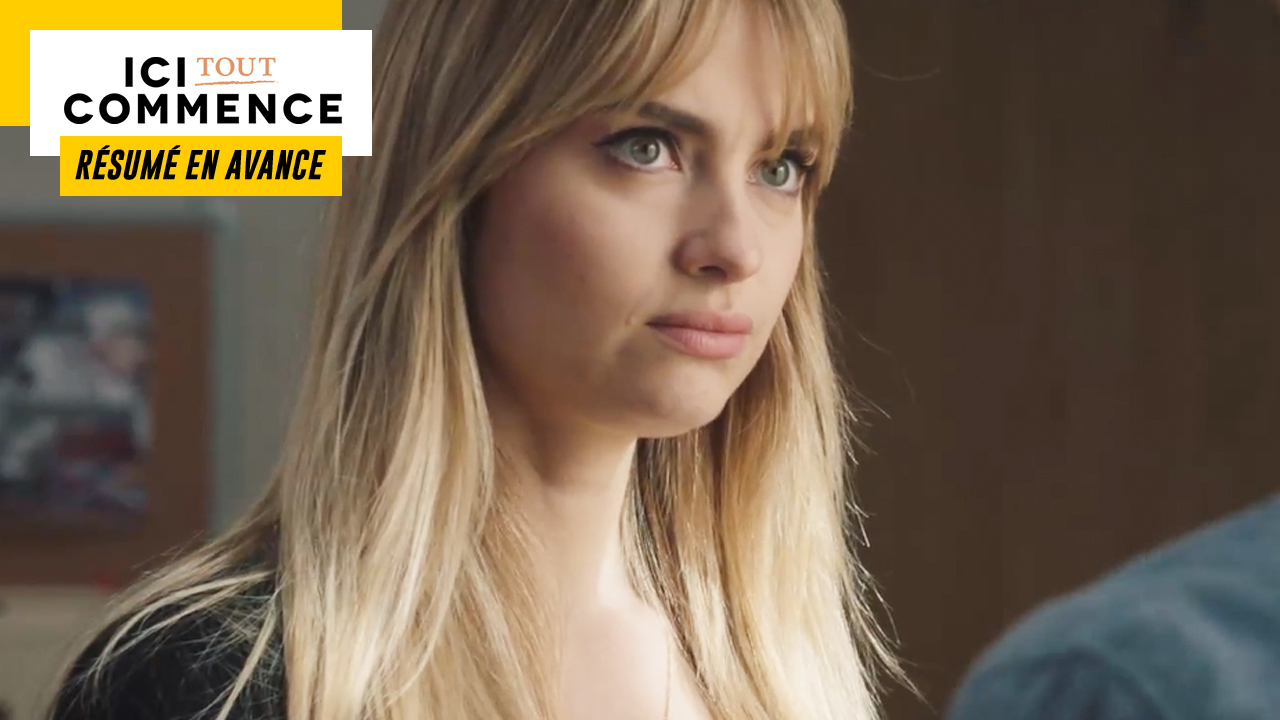 In the next episode of “Here it all begins”… While Axel makes a disturbing discovery, Anaïs is in deep doubt. Teyssier has an idea to boost the students.

Tuesday 10 in Here it all starts…

Captain Brassac summons all of the students to double-A and informs them that the entrance door to the ballroom was deliberately closed before the beams collapsed. Malicious intent, however, remains to be proven. This is why the gendarme must question all those who were present outside the room at the time of the collapse.

Meanwhile, Louis is at the bedside of his mother who is still in a coma, which worries the doctors. Indeed, the hematoma in his brain is resorbing more slowly than expected. If Charlène is certain that it will end up going, it is not the case of Louis who imagines the worst. Judging Salome responsible, he is ready to do anything to make her pay. His goal ? Kick her out of the institute.

Back at school, Louis gives a cooking class with the assistance of Salomé and does not hesitate to criticize his ex-wife’s teaching methods in front of their students. While he openly accuses Salomé of being the cause of the accident, Axel and Enzo intervene to defend their comrade.

Later, Enzo shares his suspicions with Axel and Salomé. Knowing him capable of the worst, the young man comes to think that the Armand son has a link with what happened at the ball. According to him, if anyone is angry with the people at the institute, it’s him.

As Enzo’s hypothesis holds up, Axel takes advantage of meeting Louis in the hallways to jostle him and thus steal his wallet. Inside, he comes across a flyer of the ballroom on which Louis has drawn a cross as a landmark. A disturbing clue that pushes Axel to dig this track.

Teyssier’s nephew breaks into Louis’ house and discovers the keys to the room in his belongings. Without waiting, Axel goes to see Salomé at the institute to tell her about his disturbing discovery.

ANAÏS IS IN FULL DOUBT

Since learning that he was going to be a dad for the second time, Lisandro has been overjoyed. So much so that he has already made a list for Anaïs’ pregnancy with the essential things to plan: choosing maternity, choosing an obstetrician or even making a prenatal appointment. Even if she understands her companion’s need to get so involved, Anaïs nevertheless believes that it’s far too early to make this kind of decision. Lisandro then promises to curb his enthusiasm.

At the institute, Anaïs confides in Salomé that she could not speak to Lisandro about her doubts. Completely lost, she thinks she is not ready to have a child. Nothing could be more normal for Salomé given that she is only 21 years old. She therefore enjoins him to stop feeling guilty and to take the time necessary to make his decision.

Afterwards, Anaïs meets Greg and Eliott walking Naël and takes the opportunity to ask them a few questions about the little boy. While Greg talks about the sometimes chaotic organization of their family life, Eliott has much more positive things to say.

Shortly after, the young woman meets Enzo at the commissary and talks about her pregnancy. Moved, she admits that she doesn’t want to have a child right away because it’s too early. Lisandro being very in love with her, Enzo retorts that whatever she decides, he will necessarily be on her side. Anaïs then kisses him on the cheek and then thanks him for being there for her.

TEYSSIER HAS AN IDEA TO BOOST HIS STUDENTS’ MORALE

Although all the students are still traumatized by the prom accident, the double A remains open. Exhausted, Hortense cracks up after missing the cooking of her carrots three times. Understanding, Olivia and Theo come to lend him a hand.

Despite everything, she makes mistakes. During the service, Hortense even forgot to send the brigade a specific request from a client. On edge, she ends up breaking down and starts crying. Fortunately, Anaïs is there to comfort her and asks her to go and rest.

At the end of the service, Olivia and Théo go to see Teyssier to suggest that he close the double A for a day in order to let the students breathe a little. To everyone’s surprise, he accepts and also has an idea to boost them.

The director then brings together the entire teaching team and instructs them to cancel all reservations for the restaurant the next day. Indeed, Teyssier wants to invite the students to lunch and it is the teachers who will cook for them. A surprising moment that promises to change their minds.