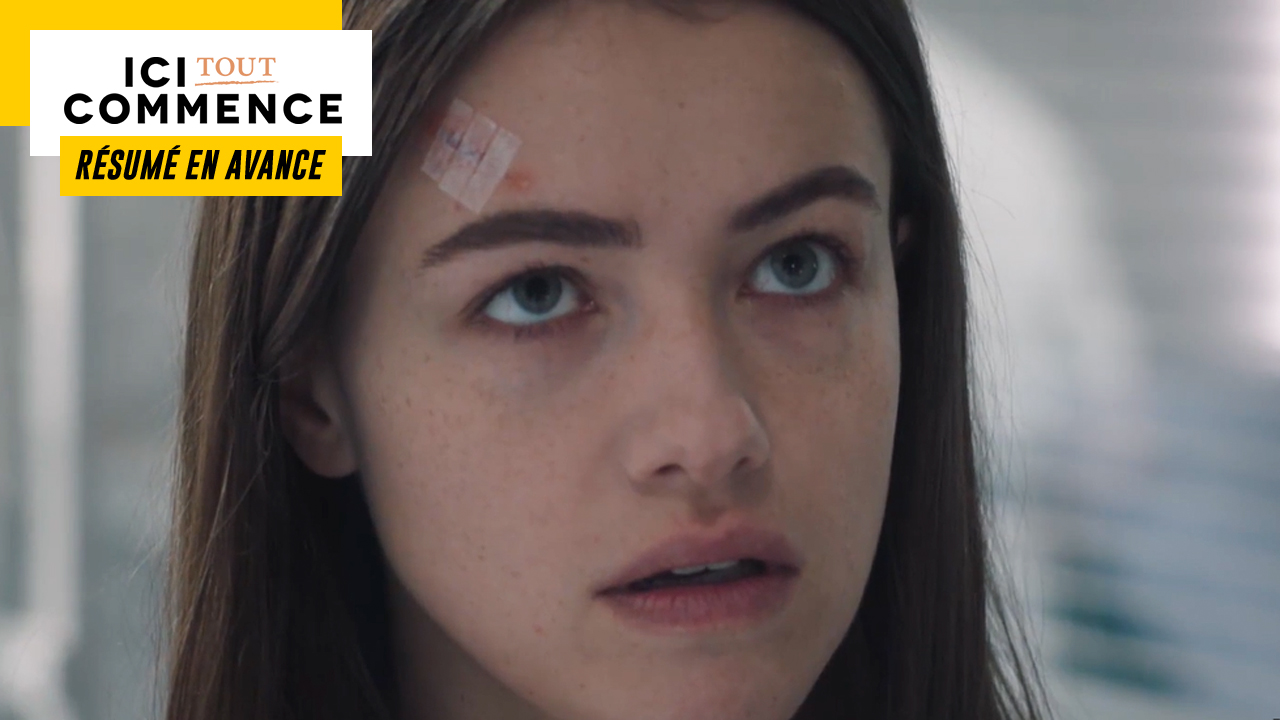 In the next episode of “Here it all begins”… While Claire is in critical condition, the prosecution opens a judicial investigation. At the same time, Anaïs learns shocking news.

Friday, May 6 in Here it all starts…

WHILE CLAIRE IS IN A CRITICAL CONDITION, THE PROSECUTION OPENS A LEGAL INQUIRY

Teyssier brings together the entire teaching team to tell them some bad news. Indeed, Claire’s condition deteriorated overnight and she had to be operated on. Given the circumstances, the director of the institute decides to suspend classes until Monday. However, he decides to maintain the double A service and summons the brigade which was scheduled for the midday service.

Although he is aware of the state they are in, Teyssier asks his students to maintain the service out of respect for customers who have made reservations. As Tom objects, Emmanuel reminds them that they are a brigade and therefore a team. For him, a brigade does not bend and does not complain. Finally, the students agree to cook, just like Emmanuel, who stays in the kitchen to help his son because they are understaffed.

At the hospital, Louis and Charlène are at Claire’s bedside. The doctor then explains to them that they had to operate on chef Guinot urgently because a cerebral hematoma proved to be compressive. For now, they are keeping her in an artificial coma to protect her brain and cannot comment on her vital prognosis. The following hours will therefore be decisive. Upset, Louis collapses in Charlene’s arms.

For her part, Salomé still feels responsible for the accident and fears that she will never get over it if something happens to Chef Guinot. To reassure her, Axel tries to make her understand that the building was probably fragile, then assures her once again that she had nothing to do with it. At the same time, Eliott and Greg are walking in the park and thanking Salomé and Axel for handling the situation so well in the panic. And to specify that all the students know that they owe them a big candle.

Meanwhile, Captain Brassac announces to Rose and Guillaume that the prosecution has decided to open a judicial investigation into the accident at the prom. The gendarme will therefore have to question the participants as well as the organizers in order to understand what happened before and during the party. To begin, Brassac auditions Rose, Guillaume and Jasmine.

Later, Louis arrives in full service and criticizes Teyssier for having made the decision to leave the restaurant open while his mother is in a coma. While the principal explains that he did this to occupy the minds of the students, Louis thinks on the contrary that it is only for his personal glory.

Leaving the kitchens, son Armand meets Jasmine and tries to find out why a policeman is hanging around the institute. The young woman therefore tells him that an investigation has been opened and that he wanted to question her because she was the organizer of the ball before Salomé took over. Not only did she not check the building’s safety standards, but the disco ball was her idea. So she openly accuses her rival of being responsible for this terrible accident.

Without waiting, Louis goes to see his ex-wife then accuses her of being responsible for the accident but above all of being the cause of his mother’s condition. If Salomé doesn’t let it go, she can also count on Axel who doesn’t hesitate to come to her defense. An attitude that does not please Louis and Jasmine who make him understand that he is so blinded that he does not realize that she has been irresponsible.

A few steps away, Teyssier congratulates his brigade. While they were hoping to be able to rest all weekend, the manager tells them that the restaurant will be open the next day. Some students may rebel, but Teyssier leaves them no choice. A decision that does not please Constance at all, who signals to her husband that they are exhausted. In reality, Emmanuel feels guilty for what happened and tries by all means to make up for it by helping his students. After reassuring him, Constance takes him warmly in her arms.

Subsequently, Salomé confides in Rose and Guillaume about Louis’ attitude. Insofar as she fears that he will turn everyone against her, Rose certifies that he will eventually calm down.

At the end of the day, Louis receives a call from the hospital. Even if his mother’s state of health is stable, he still imagines the worst. Indeed, Louis has spent the last few hours researching the net and fears possible neurological sequelae if she were to remain in a coma for too long. Louis then swears to make Salomé pay for everything she has done.

At the hospital, Anaïs and Kelly share the same room. Lisandro meanwhile visits his partner to bring her some things because the doctors want to keep her under observation because of a risk of concussion.

For her part, Kelly receives a visit from Lionel and Laetitia. As she suffers from a complex fracture of the tibia, she will have to be operated. While Lionel and Laetitia are worried that she will lose the use of her leg, Kelly shows herself to be rather serene for the future.

At the end of the day, Anaïs receives a visit from the doctor who tells her some news that promises to turn her life upside down. She is pregnant !