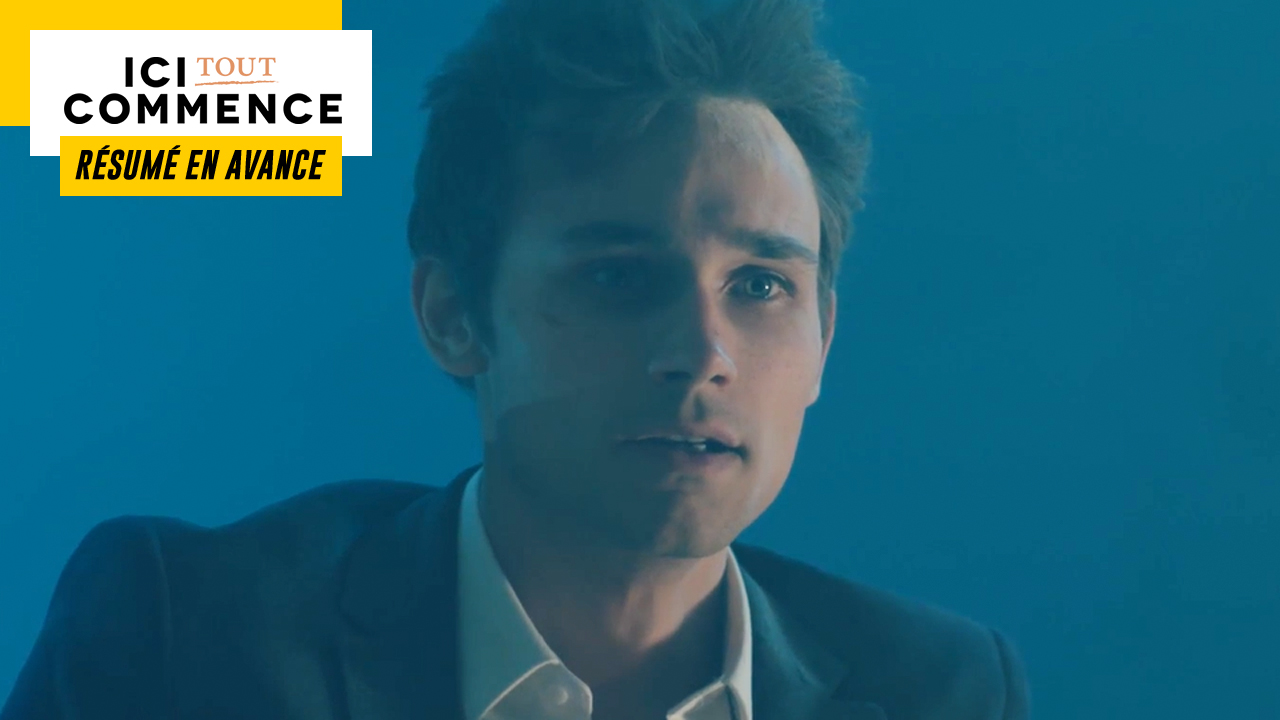 In the next episode of “Here it all begins”… As the injuries multiply in the ballroom, Louis makes a terrible discovery.

Thursday, May 5 in Here it all starts…

AS THE INJURED ARE MULTIPLYING, LOUIS MAKES A TERRIBLE DISCOVERY

The Auguste Armand Institute’s first prom has turned into a nightmare and the ceiling in the reception room is now in danger of collapsing. Unfortunately, the students of the gastronomic school are trapped since the exit is blocked by a metal structure.

Alerted by the cries, Lisandro, Hortense and Eliott desperately try to open the door from the outside but without success. Greg, who is right behind, however manages to communicate with them. After explaining the situation to them, he orders them to call for help. Without waiting, Lisandro calls the fire department.

The situation is pressing now. While the ceiling creaks and is about to give way, Greg and Axel look for a solution to get out. The Delobel son then tries to break down the door but ends up dislocating his shoulder. In turn, Axel tries by kicking hard. In vain.

Shortly after, Axel and Salomé remember that the room has an emergency exit. As many tables and chairs block access, students form a chain to lead the way.

For her part, Anaïs regains consciousness after fainting for a few minutes. Seeing the ceiling ready to fall, the young woman panics. Constance and Zacharie then reassure her by explaining that help will not be long in coming. At risk of head trauma, Constance then orders her not to move until she is taken care of.

Several kilometers away, Teyssier takes advantage of his evening to bake while listening to classical music. However, his evening takes a dramatic turn when his wife calls to inform him of the situation. Just as he asks if she and their children are okay, the roof collapses. Panicked, Emmanuel speaks to Constance but the latter has dropped her phone and no longer answers. Immediately, he takes his things and goes there.

In the ballroom, it’s chaos. Although a little shaken, Théo, Célia, Deva, Enzo, Mehdi, Lionel, Salomé and Axel are safe and sound. Together, they manage to clear the emergency exit and everyone can thus evacuate. Unfortunately, many injuries are to be deplored.

This is the case of Kelly who is stuck under the rubble. Lionel and Laetitia do try to free her quickly but the metal structure that holds her prisoner is too heavy. Quickly, Guillaume and Salomé come to lend them a hand and together, they finally manage to extricate the young woman. As she is seriously injured in the leg, Salomé considers it safer not to move her. Even if she is initially reluctant to move away from her daughter, Laetitia leaves the room to alert the emergency services. Once her mother left, Kelly breaks down in tears then declares that she has never had so much pain in her life.

Moments later, firefighters arrived on the scene. Once they have been informed of the situation, the brigade commander and his teams enter the room to take care of the wounded. Shortly after, Teyssier in turn arrives at the scene of the tragedy and makes sure that Théo, Axel and Célia are fine before going in search of his wife and daughter who have still not left. However, a firefighter prevents him from entering.

Greg and Jasmine are waiting for a doctor to examine the young man’s shoulder when Hortense and Eliott arrive with Naël. Subsequently, a firefighter takes charge of the Delobel son and puts his shoulder back in place.

At the same time, Zacharie and Constance come out of the room unscathed. Shaken by what has just happened, Chief Landiras takes the nurse in his arms when Emmanuel and Axel join them. Charlène still being nowhere to be found, the director instructs Zacharie to watch over his wife before entering the room. Fortunately, Teyssier and Axel end up discovering the unconscious young woman with Louis by her side. More fear than harm since she regains consciousness and can then leave the premises.

A few steps away, Kelly is taken care of by the firefighters. If she is much better, she no longer feels her leg. Panicked, Laetitia asks the firefighter to do something but the latter tells her that it is not his job and that a doctor will come to see her.

For her part, Anaïs was rushed to the hospital to check that she has no head trauma.

At the same time, Salomé feels guilty for not having checked that the building was up to standard and Axel therefore tries to reassure her.

Later, the fire chief informs Teyssier that they have reviewed all the injured. While the lives of Kelly and Anais are not in danger, the others injured mostly suffer from superficial wounds. As Rose declares it’s a miracle everyone got away with it, Louis bursts in in a panic. Without news of his mother, he wants to know if the firefighters have found her. Certain that she is still in the room, Louis therefore returns to the scene and starts looking for her with the help of the firefighters. A few moments later, a firefighter discovers a hand in the middle of the rubble and everything suggests that it is Claire.