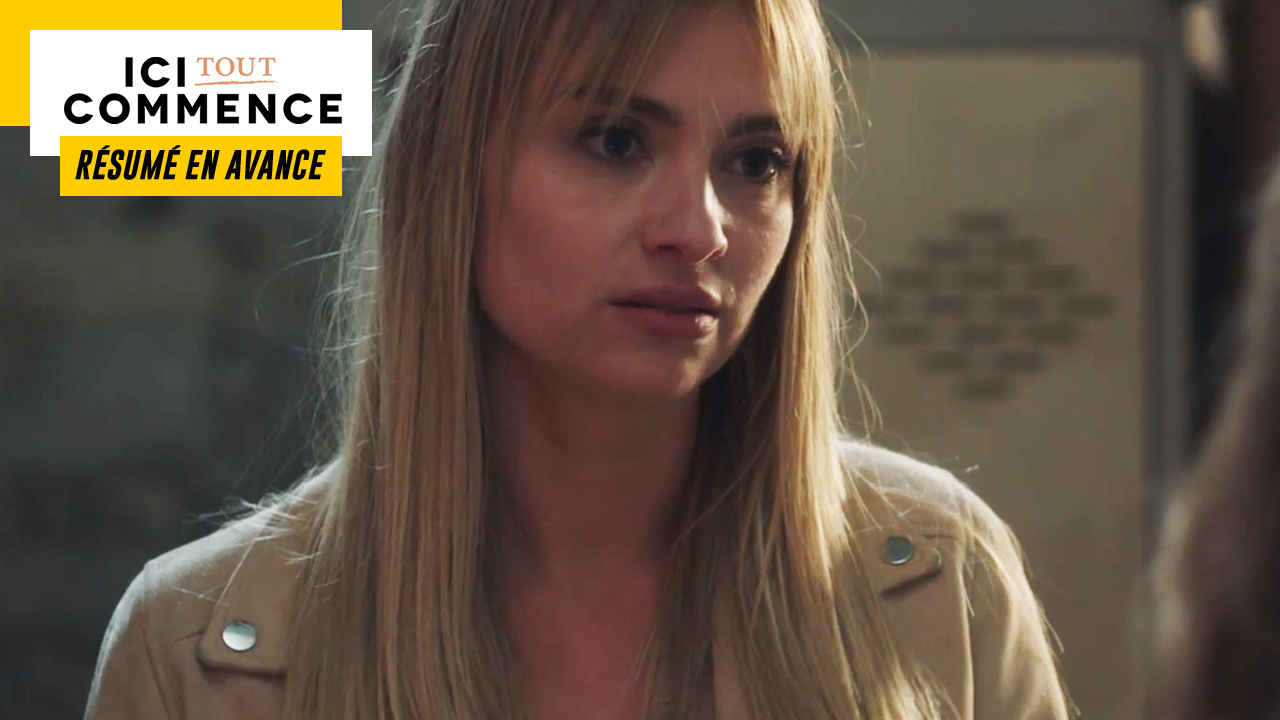 In the next episode of “Here it all begins”… While Hortense confronts Hugues, Salomé clears things up with Jasmine. At the same time, Constance invites Ladiras to the prom.

Friday, April 29 in Here it all starts…

At the salt marshes, Hortense reveals to Gaëtan that she went to see Hugues but that the latter did not want her to approach him. Certain that it is not by going to see this pervert that she will succeed in settling her food worries, the Rivière son considers that it is a good thing. If she thinks on the contrary that it could unlock something in her, Gaëtan especially believes that she should see a doctor. Hortense then replies that she intends to do so but only after having had a confrontation with him. Gaëtan may try to make her understand that he is a dangerous man, Hortense is ready to take the risk.

Shortly after, she goes back to see Hugues. While he initially refuses to let her in to avoid getting in trouble, he ends up changing his mind when the young woman reveals to him that she is bulimic.

For his part, Mehdi panics at the idea that his girlfriend has gone back to see Hugues. And her concern goes up a notch when Gaëtan sends her a message to tell her that Hortense is with the institute’s former accountant.

Not far from there, Hugues and Hortense have an open-hearted discussion. In reality, the person Hortense resents the most is not Hugues but herself. Indeed, the young woman believes that she deserves what is happening to her for not having succeeded in keeping her distance from him despite the warnings of her friends. In turn, Hugues recognizes that what made him suffer was not normal. In prison, Hugues thought a lot and realized that at the time, he felt like he was the only one suffering.

As he absolutely wanted to find his wife, that somehow justified his actions. While Hortense believes that by being less naive, she could have prevented this, Hugues makes her understand that it was impossible. Having harbored a real obsession with her, he would never have let her escape. And to admit that he is the only culprit before adding that she has nothing to be ashamed of.

Subsequently, Hugues tells her that he sees a shrink every week in order to work on his mourning but also on his relationship with women. He even got rid of the photos that were hanging on the wall of his famous secret room. While he is trying to find out if she has kept any other after-effects of their meeting, Hortense confides that she sometimes has nightmares. On the other hand, concerning men, she teaches him that she has someone in her life. For his part, Hughes stays away from women for the moment because he wants to be able to love sincerely before embarking on anything.

At the same time, Daniel and Mehdi arrive at Hugues’. When the father of the family is ready to do battle with his daughter’s executioner, Hortense intervenes and orders him to let go. She then teaches him that her eating disorders do not come entirely from the trauma she suffered with Hugues. As Daniel refuses to believe that she has been bulimic since adolescence, the latter gives herself up with an open heart to this disease which has been eating away at her for many years. Upset, Daniel apologizes to her but Hortense says that it’s a bit late for that. Tears in his eyes, he takes his daughter in his arms.

SALOME SETS IT CLEAR WITH JASMINE

Jasmine has regained her good mood. While she’s not planning to let go of prom planning, she’s also determined to move up a gear with Axel by making sure to spend plenty of time with him. Although he finds her sublime, Greg advises her to be prepared for the possibility that she is not his style of girl.

Far from being disheartened, she takes advantage of the pastry class to invite Axel to take a closer look at the unmolding of the meringue spheres. As she misses it, Salomé intervenes and gives her some advice on how to achieve this. Only, Jasmine takes the fly and declares that she is not a teacher. Salomé then retorts that she must not be completely useless since Chief Landiras asked her to show them this technique.

Later, Axel practices turning out meringues. Seeing that he can’t, Salomé comes to his rescue by showing him the technique. And obviously, they seem to have fallen in love with each other. For her part, Jasmine struggles to hide her jealousy and therefore criticizes her friend for constantly being in her way. Salomé, who does not understand why she is so aggressive towards him, points out to him that she has not done anything to him before asking her to leave her alone.

At the end of the day, Salomé confronts Jasmine because she understood that she was jealous of her good relationship with Axel. Despite everything, the latter ensures that they are simply friends. Even if he likes it, Salomé tells him that she has no rights over his relationship with Axel and even less over the ball.

Frustrated at not being able to relaunch his career as a guitarist, Zacharie prepared a small list for Constance to help him find his inner flame. A list of activities that will at least have had the merit of making the nurse laugh. She then thanks him for his support.

Seeing them, Lisandro quickly understands that Constance is the married woman with whom Zacharie fell in love. The latter confirms to her that he had indeed fallen in love with her when he was twenty years old. Upon learning that she was Teyssier’s wife, he finally dropped the matter and then forgot about her when he met Gabrielle. For the past few weeks, Zacharie has been spending a lot of time with the nurse and thinks he still has feelings for her. While Lisandro advises him to move on, Zacharie retorts that he is not sure he will be able to. Indeed, he can’t help thinking that if Constance were with him, she would be much happier. The head of the room then talks to him about his adventure with Rose before specifying that nothing good came out of this story. To avoid attracting the wrath of Teyssier, he therefore enjoins him to swallow his passion and to stay away from his wife.

For her part, Constance asks her husband to be her date for the prom but he refuses. Later, she takes advantage of a walk in the park with Zacharie to invite him, which he accepts with great pleasure.