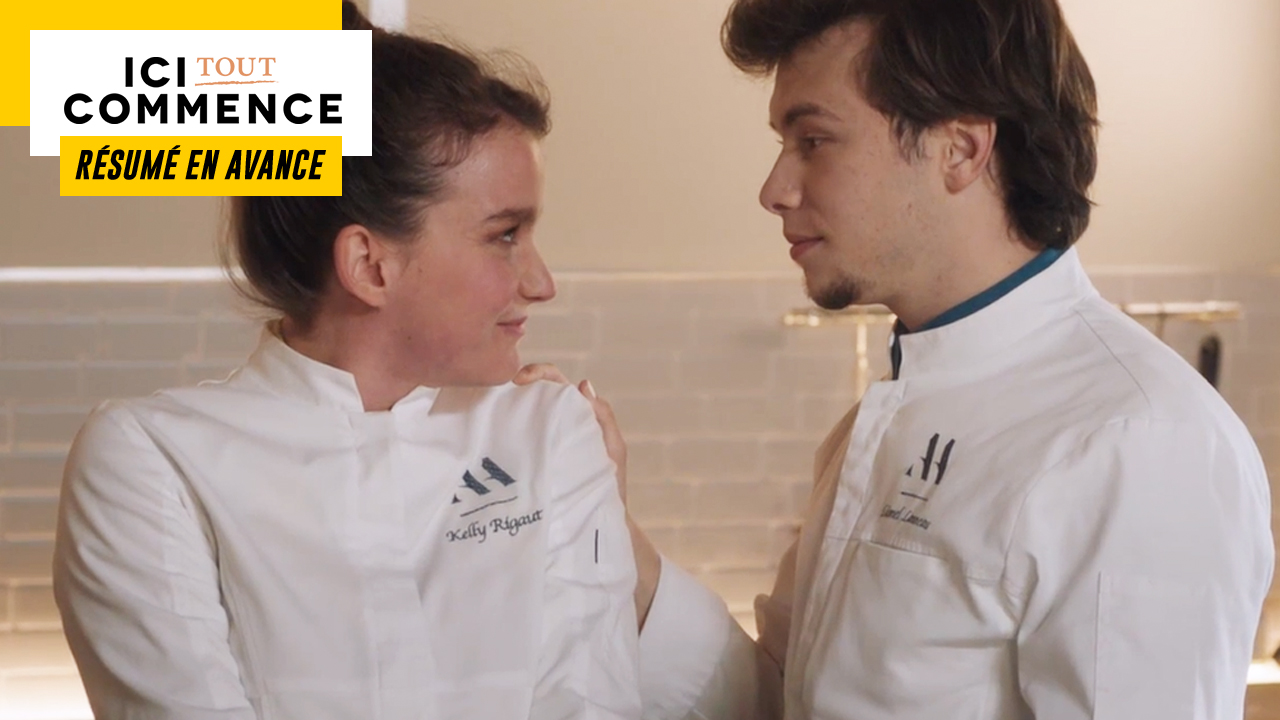 In the next episode of “Here it all begins”… While Hortense is nowhere to be found, nothing is going well between Jasmine and Salomé. At the same time, Kelly declares her love for Lionel.

Wednesday, April 27 in Here it all starts…

HORTENSE IS NOT FOUND

Daniel Rochemont, Hortense’s father, meets Claire and Guillaume in the management office. Daniel and his wife may have turned the problem around in every way, they are categorical and for them, Hortense cannot be bulimic. According to him, his daughter has never started dieting or overeating. While Claire makes him understand that she could very well have done this in secret, Daniel retorts that he would have noticed it anyway, especially since he is a doctor. However, Chief Guinot points out to him that as a parent, we sometimes miss out on certain things. In denial, Daniel braces himself then joins his daughter at the double A to obtain an explanation.

Certain that Hortense is not bulimic, he tries to find out why she invented such a thing. Hurt, she declares that this is not the time to have this kind of discussion and goes back to work.

Later, Hortense arrives in the kitchen and criticizes Claire for having warned her family without her agreement. When the latter affirms that she is going to need her parents to get through this ordeal, Célia, who is present, stands behind Claire’s opinion. Since Hortense believes that their teacher also told her friends about her bulimia, Célia reveals to her that it was Mehdi who confirmed to them what they had suspected for some time already. Only, Hortense takes it badly, believing that it does not concern them.

Having witnessed the scene Tom immediately reports to Amber and Enzo what he heard. Obviously, it will then not take long for the rumor to circulate throughout the institute.

Meanwhile, Mehdi introduces himself to Daniel as Hortense’s boyfriend. While the father wants to know if his daughter is really sick, Mehdi says yes. Stunned, Daniel blames himself for not having seen anything but Mehdi says that he too hadn’t noticed anything when they are literally glued to each other permanently. During the discussion, Daniel learns that his daughter was keeping a video diary and that one of her classmates leaked her in revenge.

Without waiting, he goes to see Tom and asks him to show him his daughter’s videos. The former influencer therefore shows him a video of Hortense in which she denigrates her body with virulence. Pained by what he has just seen, Daniel then orders Tom to erase everything.

At the end of the day, Daniel and Claire summon Hortense. The father of the young woman then admits having made a mistake and recognizes that she is sick. Wanting her to seek treatment, he informs her that he has found a place for her in a specialized clinic. While Hortense categorically refuses to be locked up, Daniel loses his temper and begs his daughter not to force him to use force.

Shortly after, Hortense sends a video to the whole institute. ” Yes, it’s me again. And in case you were wondering, I’m the one sending you this video. I imagine there are rumors about me. […] Yes, I am bulimic. And you know what ? Fuck you with your judgements. You’re not in my body and you don’t know what’s going on. No, it’s not good for your health and yes, it’s disgusting. But I don’t care. If I want to eat until I die, that’s my problem. Understood ?! “, can we hear him say. At the same time, Mehdi informs Daniel and Célia that Hortense has left.

NOTHING IS GOOD BETWEEN JASMINE AND SALOME

Anaïs is excited at the idea of ​​going to the prom in Lisandro’s arms. As he has not received an invitation, the room teacher fears not being able to attend, but his companion is certain that everyone is invited. Refusing to be the only teacher to come, Lisandro still asks for confirmation.

Anaïs then finds Jasmine who tells her that the teachers are not invited to the ball since Teyssier refused to welcome them to the institute. Moreover, she considers that they will be much better off between them and that they will be able to let go. While Anaïs declares that she finds this a pity, Jasmine asks her to stop with her bad faith. According to her, it’s not cool to impose teachers on their classmates under the pretext that she is dating one of them.

Far from letting it go, Anaïs and Salomé then take advantage of a briefing with the students in charge of organizing the ball to seek the opinion of each of them on the presence of the teachers at the evening. As long as it doesn’t bother anyone, Jasmine eventually changes her mind and promises to send them invitations.

At the end of the afternoon, Jasmine begs Salomé to stop making her look incompetent in the eyes of their comrades. The latter affirms that this is not the case then explains that she simply wanted Anaïs to spend the evening with her boyfriend. However, Jasmine doesn’t hear it that way and criticizes him for taking away his work for the prom. Salomé, who is annoyed, raises her voice then specifies that she simply wanted to help her because she was on the verge of burnout. Despite everything, Jasmine thinks she wants to pass as the savior and points out that the prom is her idea before inviting him to leave her to manage on her own in the future.

KELLY DECLARES HER LOVE TO LIONEL

Kelly joins Lionel in the park and doesn’t hesitate to be demonstrative towards him by giving him lots of pet names. Embarrassed, he agrees to do whatever she wants on the condition that she stops flaunting him. As Landiras gives her a chance to catch up, Kelly then offers Lionel to attend the institute live where she will have to reproduce the strawberry plant live.

During the live, she declares her love for Lionel in her own way. Having realized that baking was above all an act of love, she realizes that to succeed in her strawberry she will have to put the same love as the one she feels for Lionel. She then launches in front of Internet users that she is in love with him. As the couple kiss passionately, Landiras gently brings them back to reality.

At the end of the live, Zacharie tastes his student’s strawberry plant. A successful bet for Kelly since the chef thinks it’s her best dessert since she’s been attending his classes.