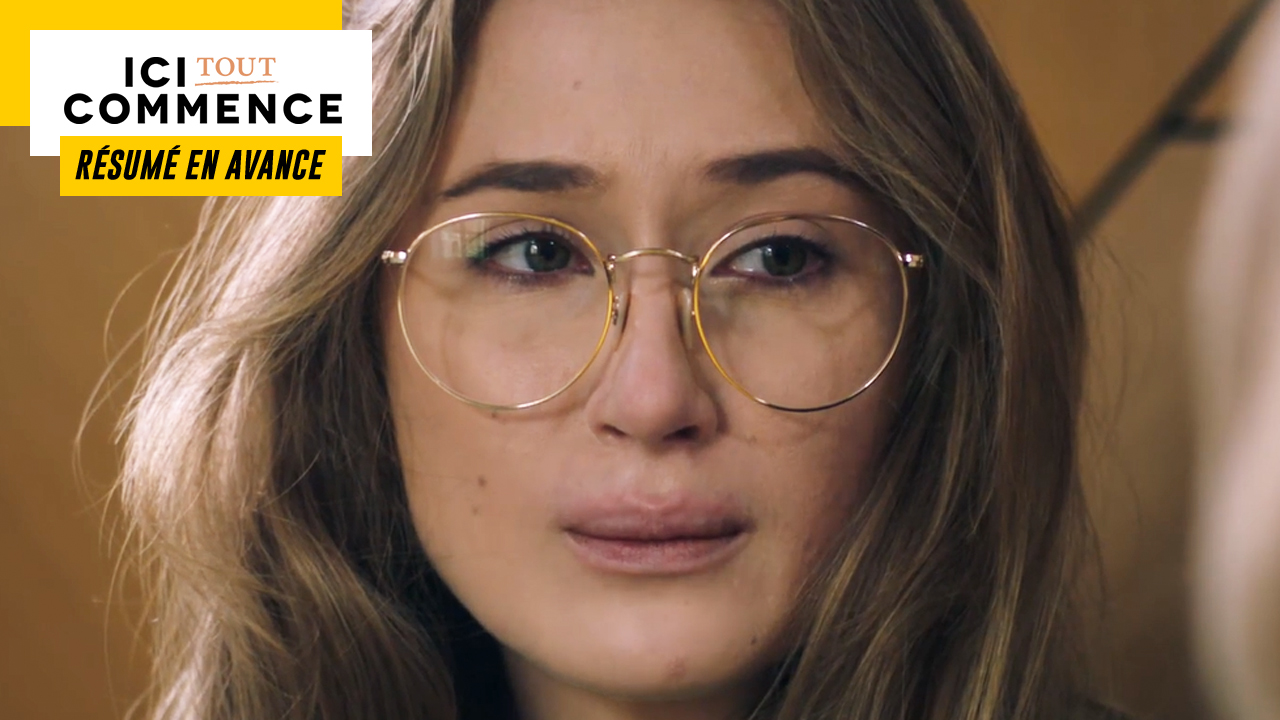 In the next episode of “Here it all begins”… While Hortense reveals her secret to Claire, Constance confides in Zacharie. At the same time, Jasmine and Axel team up in the kitchen.

Monday, April 25 in Here it all starts…

HORTENSE REVEALS HER SECRET TO CLAIRE

During chef Guinot’s lesson, Hortense refuses to taste the dish she has just made and asks her teacher to do it for her. When Enzo makes fun of her, Claire puts him in his place and summons him to be quiet.

Later, Claire finds Tom at the pop-up chocolate factory. Warned by Gaëtan of the harassment he subjects Hortense to on a daily basis, Chief Guinot demands that he transfer the videos to her immediately. Once done, Claire warns him. If she sees one of those videos circulating again, she’ll get it fired.

Shortly after, Claire watches Hortense’s videos and discovers that she is full of complexes. ” Sometimes I watch Anaïs at the double A and even in uniform, she is magnificent. It shows that all the customers are under his spell. No one notices me. I’m not even ugly. I’m just ordinary. Sometimes, when I see Anais so cute with her dream body, then I think I could kill her. “says the young woman.

Meanwhile, Eliott is worried about Hortense and confides in Mehdi. Finding her closed and borderline aggressive lately, he fears her friend has a problem they don’t know exists. Subsequently, Mehdi hears Hortense throwing up in the locker room toilets. When he tries to find out what is happening to her, she claims that the videos are making her sick. However, Mehdi knows full well that his ex is hiding something from him and insists on understanding what is going on. Angry, Hortense says she’s not well but that’s nothing new. And to add that he did everything to see nothing. Indeed, Hortense thinks that Mehdi is trying to buy a conscience when in reality he doesn’t care.

Immediately, Mehdi puts Eliott and Célia in the confidence. Between mood swings, cravings and nausea, the Gaissac girl comes to wonder if she might not be pregnant. Mehdi therefore finds Hortense at the commissary but the latter affirms that she is not pregnant before sending her off maliciously.

Back in her room, Hortense takes revenge on a chocolate mousse when Claire comes to visit her. She then confesses to him that she watched his videos and that she understood what was happening to her because she experienced the same thing a long time ago. At the age of 16, Claire fell very much in love with a boy. The day she realized that he was also going out with two of her friends, she was so unhappy that she started taking refuge in food. She then swallowed a packet of cakes and then a second as well as everything that came to hand. Then she was going to make herself vomit. Certain that Hortense is going through the same thing, Claire would like to help her. However, if the young woman wants to heal, she must begin by saying what is wrong. In tears, Hortense manages to put words to the pain that is eating away at her and reveals that she is bulimic.

Over coffee, Constance confides in her husband and explains to him that she is doing a kind of life assessment. Indeed, it has been a while since the nurse has the impression that her life boils down to going back and forth between home and the institute. Every day, she listens to other people’s problems and heals everyone’s ailments. And when she returns home, she does the exact same thing with her children. Today Constance is tired. Since Emmanuel thinks she needs a vacation, Constance tries to make her understand that it’s much deeper than that. In vain. The director of the institute therefore suggests that he go to Cap Ferret for a few days next month.

Later, Constance bumps into Zacharie in the park and apologizes to him for being undrinkable with him the day before. The latter does not hold it against him and is particularly understanding. The mother then says that she wonders about the meaning of her life. Only she downplays what she’s going through and blames her mood swings on the midlife crisis. She even assures that it is a phase that will eventually pass.

At the end of the day, Zacharie arrives at the infirmary because he remembers that one day Constance had told him that she loved the guitar. The latter recognizes that at the time she actually trained for hours to learn the songs of Jimi Hendrix but that it has been an eternity since she has touched a guitar. What to realize that the music misses him.

JASMINE AND AXEL TEAM UP IN THE KITCHEN

Chef Armand has decided to give her first-year students a surprise assessment. The latter must therefore work in pairs to make an original recipe based on cabbage. Since they are an odd number, Jasmine suggests to her teacher that Axel work with her. Although he does not have the basics necessary to perform such a mastered dish, Clotilde ends up accepting. However, she warns the young woman that she will be graded like any other pair.

Without lingering, Jasmine and Axel get to work and the young woman turns out to be an excellent teacher. At the end of the ordeal, chef Armand admits that she wasn’t expecting much given Axel’s inexperience. Pleasantly surprised, Clotilde gives them a score of 12/20 for their dish.

At the end of the lesson, Ambre can’t help pointing out to Jasmine that her average is going to drop because of Axel. If the person concerned assures that it does not bother her, Axel is uncomfortable and says he is sorry for her. But Jasmine takes her hand before asking her not to worry.

At the end of the day, Charlène tries to find out if her cousin has spoken to Jasmine. Unfortunately, Axel didn’t have the courage to tell her he wasn’t interested in her because he didn’t want to hurt her. The Teyssier girl advises him to be honest with her before it’s too late.