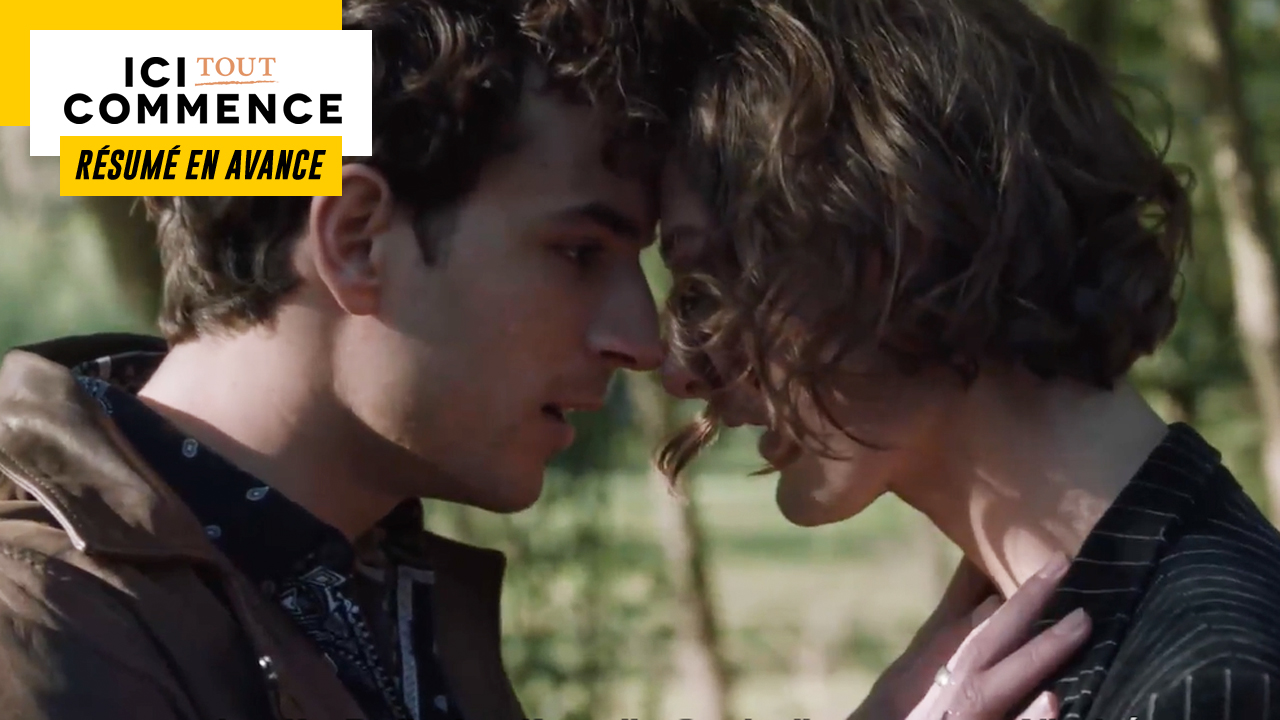 In the next episode of “Here it all begins”… While Hortense isolates herself more and more, Constance has had enough. At the same time, Axel helps Jasmine.

Friday, April 22 in Here it all starts…

Since the broadcast of Hortense’s video, Greg no longer speaks to Eliott. Although she is perfectly aware that this video has sown discord in their couple, Célia encourages them to have a discussion. Unfortunately, the Delobel son can’t stand his classmate getting involved in what doesn’t concern her and orders him to shut up. After asking his companion to speak differently to his friend, Eliott asks Greg to join him on the swing in twenty minutes. If he doesn’t come, that means their story is over.

At the appointed time, Greg finds Eliott to burst the abscess. The latter recognizes that he sometimes has less desire to make love with him and that he sometimes lets his desire carry him away. However, the young man claims that he never forced himself to sleep with him. If he spoke about it to Hortense, it is quite simply because he is afraid of losing him because of it. When Greg reminds her that it’s by not telling her that he risks screwing up everything, Eliott replies that he knows it well then swears that he never pretends to be in her arms. And to specify that everything he shows, he really feels it. Greg then makes him promise to say things in the future if something bothers him or if he doesn’t want to make love. The couple then kisses to seal their reconciliation.

Happy, Eliott reports the good news to Célia and Hortense. Even if she is happy for him, in the end it doesn’t change much for Hortense because the videos continue to circulate and Mehdi no longer wants to talk to her. When they try to understand why she is making these videos, Hortense dodges then decides to go finish getting ready for class. Leaving her room, Eliott and Célia discover many empty chocolate boxes under her bed.

In cooking class, Hortense is not in her best shape. Seeing that her student is on the verge of fainting, Claire makes her sit down before asking Célia to accompany her to the infirmary. Only, Hortense refuses and prefers to finish her recipe. Worried for her, chef Guinot waits for the end of her lesson to question Eliott and Célia to find out more. The two apprentice chefs then explain that Hortense has been isolating herself lately and then talk about the empty chocolate boxes.

Meanwhile, Kelly surprises Tom in the park watching videos of Hortense. Although she puts him back in his place, the young man offers her to choose the next one they will send to their comrades but she refuses. Gaëtan, who is around, overhears their conversation and quickly understands that Tom is responsible for Hortense’s ills. Angry, the sports teacher grabs him violently by the neck and says that this is the last time he sends this kind of video before calling him a little jerk.

Not far from there, Hortense meets Greg and Eliott in the park but decides to avoid them. The couple therefore goes after him to find out what is wrong. Unfortunately, she gets carried away and declares that it is not by talking about her problems that things will end up getting better.

At the end of the day, Claire comes across Hortense in the kitchen who claims to have worked on her recipe. Chef Guinot would like to taste it but the dishes are empty. As she is concerned for her, Claire pushes her to confide but Hortense always rules out talking. Back in her room, she locks herself in the toilet and makes herself vomit.

Since she won’t be graduating at the end of the year, Charlène no longer wants to go to school. In order not to have to do the potiche until the end of her schooling, the young woman asks her father to lift his sanction. However, fixing his daughter’s mistakes is not among the principal’s priorities. And for once, Constance agrees with her husband. Annoyed, the mother of the family believes that it is time for her to face the consequences of her actions and orders her to go get dressed to go to class. An attitude that surprises a lot Emmanuel who is used to seeing Constance much more attentive.

Teyssier may adore seeing his wife get angry, but above all he imagines that she has trouble seeing her son leave the family cocoon. In reality, Constance is mostly tired of seeing Theo and Charlene arguing constantly and doesn’t want their family to end up behaving like strangers who cross paths at the institute. For his part, Emmanuel does not really listen to him and responds to messages on his phone at the same time.

Later, Landiras arrives at the infirmary to take an analgesic for his headache which does not go away. As often happens to him, Constance points out to him that she is not a distributor and that it is time for him to invest in a box of drugs. On her nerves, she says she is fed up with students and teachers coming to her office for the slightest ailment. According to Zacharie, she knows how to take care of others very well and that’s probably why they sometimes take advantage of her.

In the afternoon, Clotilde bumps into Constance in the park and gives her a little souvenir from Sicily. During the conversation, the nurse admits that she feels oppressed at the moment and that she no longer has the impression of sharing anything with her children except their problems. Clotilde encourages her to talk to her husband about it, but Constance thinks that deep down he doesn’t really want to listen to her.

With a smile on her lips, Jasmine announces to her comrades that Axel has agreed to be her date for the prom. Not enough to delight Amber and Lionel who believe that he has no place since he is not part of the institute.

Later, Jasmine gets some bad news. The price of the room she found for the prom is 600 euros for the evening. Beyond thirty people, it will take an additional 20 euros per head. Between the rental, the music and the buffet, it would therefore be necessary for all the students to contribute up to 80 euros, which is impossible. In order to help him, Axel therefore offers to negotiate the price of the room for him. This is why he meets the owner of the premises and manages to obtain a 50% discount. Crazy with joy, Jasmine gets carried away and kisses Axel.

On returning, Axel tells his cousin what happened. Although he loves her very much, Jasmine is not his type of woman. Charlene then urges him to tell her quickly before she films herself.