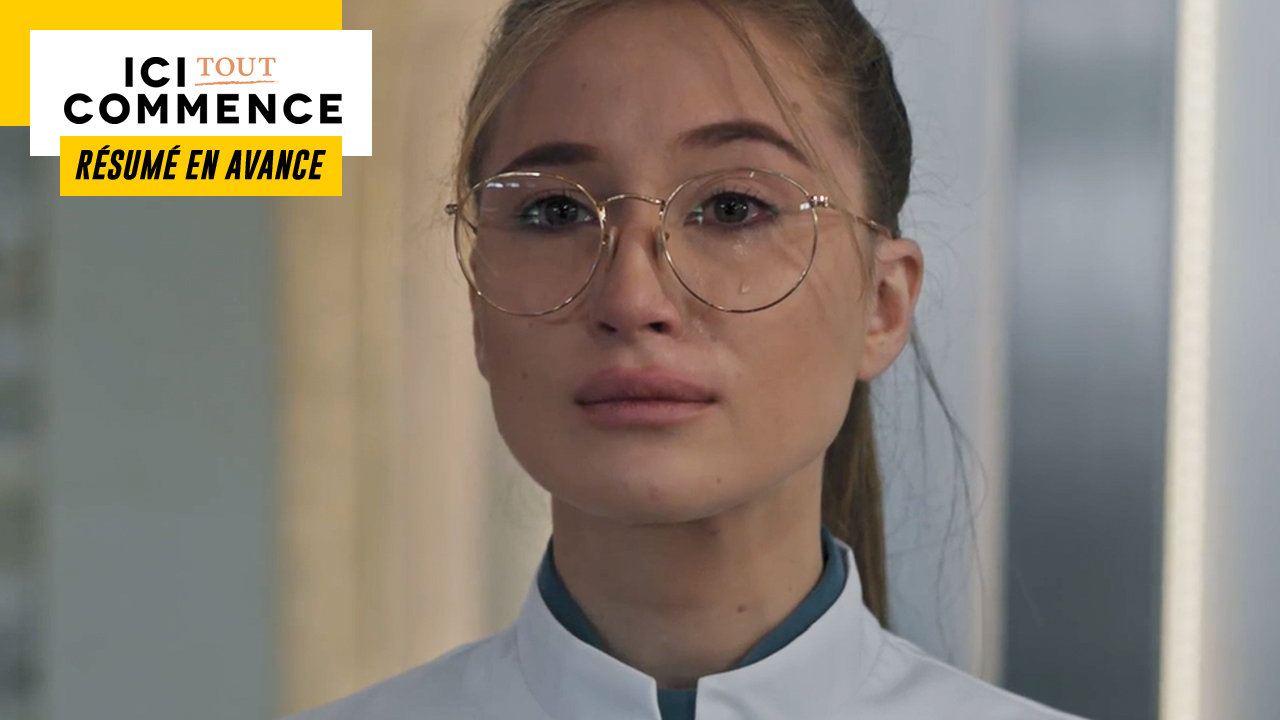 In the next episode of “Here it all begins”… While Hortense breaks down, Théo and Célia take their relationship one step further. At the same time, Jasmine makes a proposal to Axel.

Thursday, April 21 in Here it all starts…

Chef Guinot suggests that her students work in pairs to work on a starter with two seasonal products. If Greg teams up with Mehdi, Eliott chooses to work with Enzo. Rejected by all of her classmates, Hortense finds herself alone and bursts into tears. Eliott, who is touched by what is happening to him, finally decides to team up with her despite the dispute between them.

At the end of the lesson, Mehdi watches Hortense’s video again. At worst, he confides in Eliott. Indeed, the apprentice pastry chef has trouble understanding how she can compare him to Hugues and regrets that it was the latter who made her feel alive. Mehdi even comes to wonder about who Hortense really is. Not recognizing her on the video, he ends up saying to himself that she is crazy, even that she has been pretending about everything from the start. When Eliott comes to her defense, Mehdi reminds her that she has sown discord in her relationship. He may be angry with her, but Eliott still feels very sorry for her.

In sports class, the students receive a new video of Hortense in which we hear her say, “JI don’t think I can stand sports lessons anymore. This teacher disgusts me! He fucks the sister of the chef Matret. Who does what? I think a guy who can do that, he can do anything. Like flirting with his students. In short, he plays it handsome but he’s just a liar. “. Without waiting, Gaëtan asks Hortense for an explanation.

At worst, the latter specifies that someone stole his phone and that he has fun sending his videos to everyone. The sports teacher then points out to her that his private life is his own business and then tries to convince her to denounce the person who is trying to intimidate her. In vain.

Worried for her, Gaëtan informs Teyssier of the situation. Right after, Claire joins them and explains to them that Hortense started crying during her lesson. When she encourages him to talk to her, Emmanuel replies that he is a director and not a shrink. Faced with his lack of empathy, Chef Guinot decides to speak to him directly.

For her part, Kelly criticizes Tom for pursuing his little revenge. As she threatens to dump him, he tells her that she was with him when they stole the phone. As he still has several videos to swing, Tom has no intention of stopping in such a good way. Kelly then seizes the laptop, throws it on the ground then destroys it. Unfortunately, it’s useless since Tom made many copies of the videos he stole.

At the end of the day, Hortense is in tears when Claire comes to visit her in her room. Knowing full well how difficult it is to see his intimacy unpacked in this way, Claire would like to help him. Only, Hortense is aggressive and says that she doesn’t want to talk to him about it at all. Once alone, Hortense retrieves boxes of chocolate hidden under her bed and begins to eat them frantically.

THÉO AND CÉLIA TAKE AN ADDITIONAL STEP IN THEIR RELATIONSHIP

Théo and Célia argued, which did not escape Isabelle and Diego’s ears. The Teyssier son therefore reassures them by explaining that this is their way of operating. Whenever they feel like their story is about to end, they end up getting back together. When Diego tries to find out if he is going to move here, Theo replies that everything will depend on Célia.

At the institute, Theo tries to convince his girlfriend to move in together. However, Celia doesn’t want them to lose the flame or spend their time arguing with each other while living together. Even if she is very in love with him, she thinks that their story is very good like that. Indeed, the Gaissac girl does not trust herself and does not intend to make the same mistakes as in the past. So she wants a light story that does her good.

To succeed in convincing Célia, Théo turns to his mother who advises him to listen to the woman he loves and above all not to force her to do something she doesn’t want. However, he braces himself, believing that it suits his mother well that he drop the case and go home.

At the end of the day, Théo apologizes to Célia for having presented her with a fait accompli. If he insisted so much, it’s because he misses her too much every time they are separated. Touched by what she hears, Célia agrees to give it a try on the condition that he promises to stop everything if routine sets in between them.

Teyssier is putting the finishing touches on an almond pastry when Clotilde’s students arrive in the kitchen to attend his lesson. Seeing his nephew worrying about his presence, Emmanuel assures him that he is not going to force his little comrades to be nice to him.

Afterwards, chef Armand needs a volunteer to demonstrate emulsion. As nobody wants to do it, Teyssier intervenes and suggests to his colleague to choose Axel. Unfortunately, he categorically refuses in order to prove to the others that he deserves his place at the institute.

While Jasmine and Deva found it rather classy on her part, this is not the case of Amber who has not changed her mind about her. When Jasmine once again takes up his defense fervently, her friends understand that she had a crush on him. Jasmine does not hide it then asks Deva and Ambre to make an effort to integrate her.

For his part, Axel is summoned to the office of his uncle who did not appreciate at all that his nephew contested his orders in front of everyone. However, Axel indicates that he asked him not to intervene in order to avoid looking like the big boost on duty. From now on, he only wants to get things if he deserves them.

In the afternoon, Jasmine runs into Axel in the park and declares how brave she found him to oppose her uncle in this way. The young woman then takes the opportunity to invite him to be her date for the end of the year ball. Only, Axel doesn’t think it’s a good idea because he fears that his future comrades will take it for provocation. But for Jasmine, it will on the contrary be an opportunity for him to fit in. And to add that if he lets her, everyone will want to help her train her in the kitchen. Faced with these arguments, Axel ends up accepting.