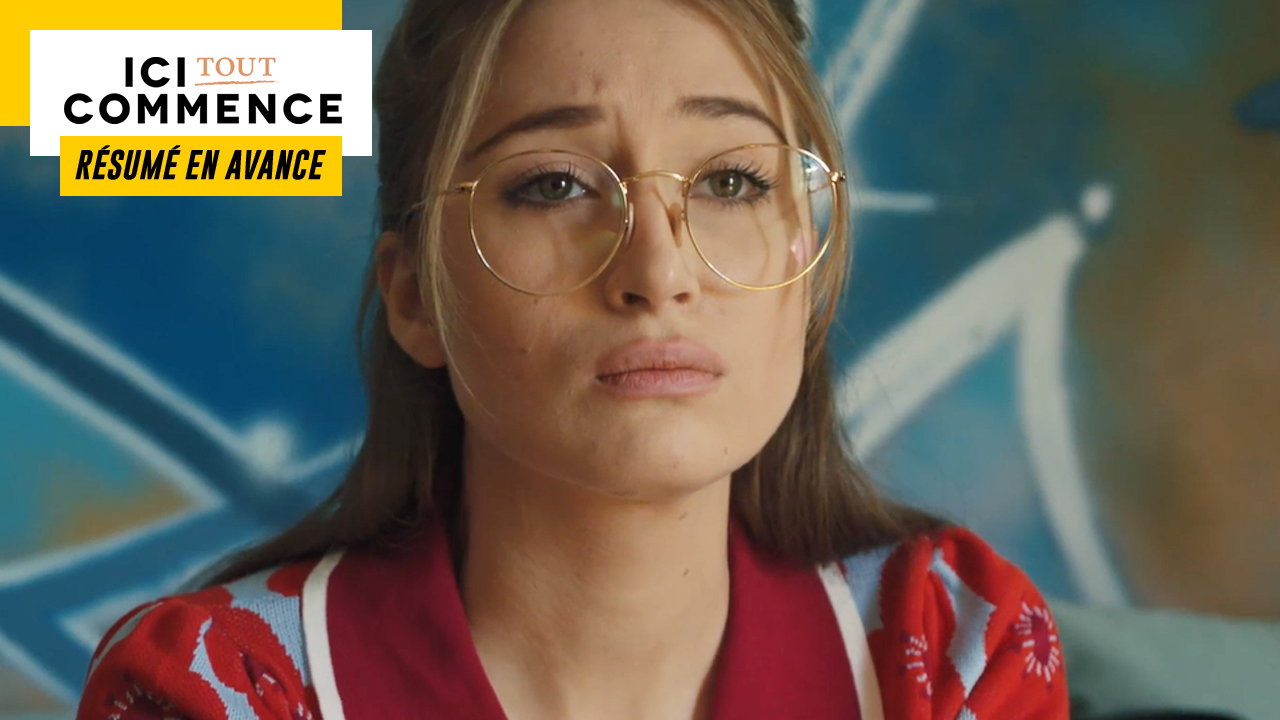 In the next episode of “Here it all begins”… While a video sows discord between Greg and Eliott, the Auguste Armand institute launches an egg hunt for Easter.

Tuesday, April 19 in Here it all begins…

VIDEO DIVIDES BETWEEN GREG AND ELIOTT

The Easter brigade sets up in a pop-up shop in front of the institute to sell their chocolate eggs. If the atmosphere is in a good mood, let’s not forget that Tom and Kelly have discovered many videos of Hortense in which she tells all the secrets of her friends. Besides, Tom would like to send them to all his comrades just to get revenge but Kelly considers that she doesn’t deserve that. The former influencer then shows her a video in which Hortense indicates that she is tired of hearing that Kelly is too strong or that she has too much merit. She also balances that it is Guillaume who pays for his studies and that she would not be here today if he did not fuck his mother.

In full service, Greg receives a message from an unknown number with a video of Hortense. In it, the young woman declares that Eliott forces herself to sleep with him, something she considers both sad and creepy. She goes on to say that her friend should leave him because he can’t keep hiding his face. Eliott, who saw the video too, immediately assures his boyfriend that it’s nonsense.

Unfortunately, the damage is done since the Delobel son leaves the kitchens disappointed. Eliott immediately goes in pursuit. If he admits that he has less desire to make love lately, Eliott swears however that he has never forced himself. Despite everything, Greg regrets that he didn’t tell her about it. Eliott then explains to her that he did not want to put the subject back on the table because it is a sensitive subject between them and that he confided in Hortense without knowing that she would make a video of it. He tries to apologize to her but to no avail. Hurt, Greg informs her that he won’t be sleeping at the roommate tonight.

Back up, Eliott joins Hortense then overwhelms her with reproaches. Uncomfortable, she specifies that these videos are a kind of diary and that they were not intended for anyone. Indeed, Hortense sometimes feels the need to complain. Since she didn’t mean a word of what she was saying in these images, she offers to speak directly to Greg but Eliott forbids her to come near him.

At worst, Hortense confides in Célia and quickly realizes that Tom is the source of all her misfortunes. Furious, she finds him in the locker room to confront him. The former influencer does not hide it and recognizes that indeed, it is indeed him who sent the videos. While Hortense threatens to tell the management about it, Tom tells her that he has dozens of videos of her in which she spits on everyone at the institute. If she were to throw him, Tom swears to send them all.

Moreover, he still has not digested that she makes him pass for the biggest charro of the school and that his companion left him by his fault. Also, he intends to take revenge. When Hortense asks him what he wants in exchange for the erasure of the videos, Tom replies that he doesn’t want anything. In reality, he only wants one thing: that everyone knows who she really is!

Later, Mehdi goes to see Hortense in her room to hear from her. Since he does not understand why she had the need to criticize Eliott in this way, Hortense explains to him that these videos serve as her diary to express her moments of anger as well as joy. As he questions her if she has any idea who stole them from her, she tricks him into thinking no.

Subsequently, she joins Célia and puts her in the confidence. Although she knows that Tom is behind the leak of her videos, Hortense has no intention of doing anything. Indeed, she refuses that Mehdi falls on it. If he were to see them, it would be the end of them.

THE EGG HUNT IS ON

Many children made the trip to the institute for the great Easter egg hunt. If the latter are all excited, this is not at all the case for Teyssier. Despite everything, this one puts on a good face and displays a big smile to welcome them as it should.

Teyssier hoped to take revenge by letting Landiras manage the event alone all day but the latter has more than one trick up his sleeve. Indeed, Zacharie hid chocolate eggs in the director’s office. Result of the races, Esteban and some of his comrades come to break Emmanuel’s tranquility.

For her part, Laetitia looks enviously at the children running to the four corners of the park to find eggs. For her, Easter embodies her fondest memories with her mother. While walking through the park, she then spots a huge chocolate egg hidden in the tall grass. When children approach her to ask her where the chocolates are hidden, she puts them on the wrong track before going to collect her loot. However, Laetitia obviously did not stop there and later returned home with several chocolate eggs.