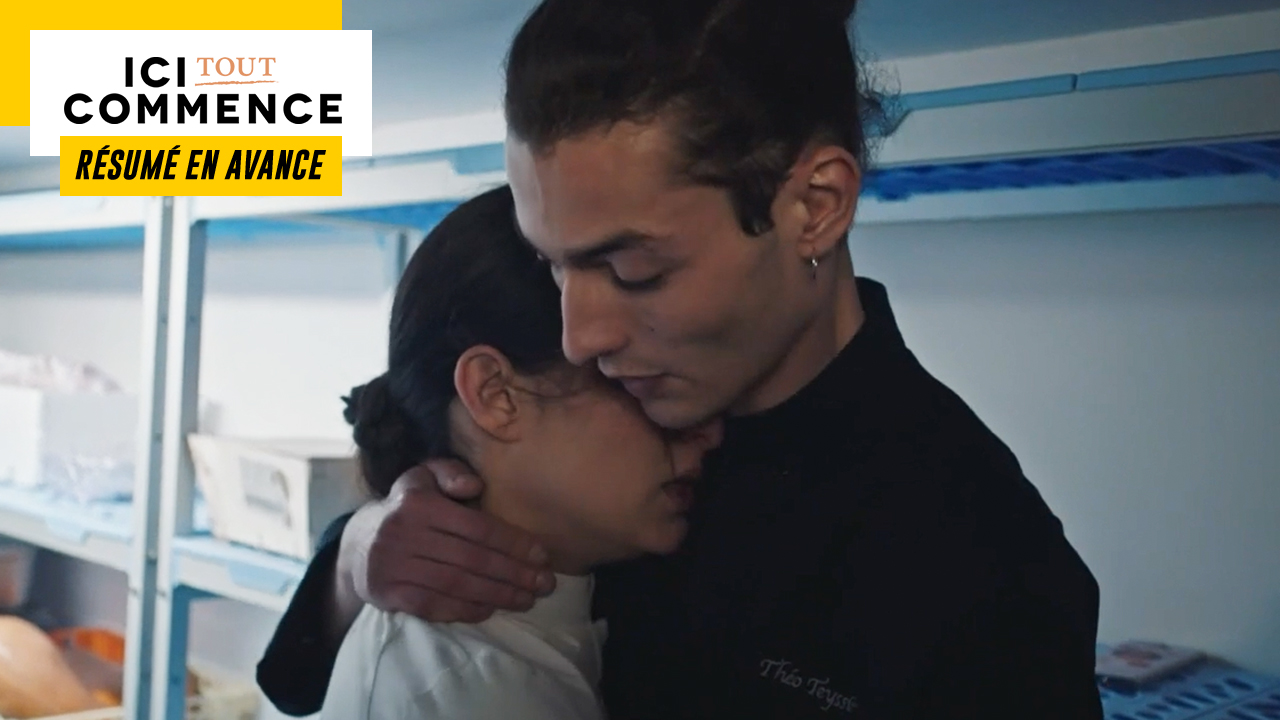 In the next episode of “Here it all begins”… While Theo and Célia are trapped, Hortense breaks down. At the same time, Jasmine has an idea to seduce Axel.

Thursday, April 14 in Here it all begins…

THEO AND CÉLIA ARE TRAPPED

The atmosphere is particularly electric at the Teyssiers since Theo discovered the truth. In the early morning, he tells his parents that Marta has been harassing Célia from the start and that Charlène is her accomplice. To clear this story, Emmanuel immediately summons his daughter and Marta to his office.

Unsurprisingly, the two young women have a well-rehearsed speech and continue to maintain that they are innocent. The director then warns them that they will be expelled if he learns that they really harassed Célia.

Panicked at the idea of ​​losing her place at the institute, Charlène no longer wants to be involved in all this. Now wishing to keep a low profile, she decides to stop. While Marta refuses to let Theo out after all the harm he has done her, Charlène declares that her brother no longer loves her and that it is time for her to move on. But nothing helps, Marta can’t forget her.

For his part, Théo admits to Célia that she was right all along the line. This story being over, he explains that he left Marta because he missed her too much. The couple then kiss passionately.

Later, Marta surprises Théo and Célia kissing in the cold room. Tears in her eyes, she slams the door before leaving. Trapped, Célia panics and tries by all means to get out. After asking her to calm down and swearing they were going to be okay, Theo takes her in his arms to warm her up.

Not far from there, Constance is worried because she can’t reach her son. However, the other members of the Teyssier clan are not worried and think that he is probably with Celia.

At nightfall, Célia and Théo are still locked in the cold room. Chilled, Célia is in Theo’s arms who is trying to warm her up. The young woman then takes the opportunity to tell him how much she loves him before losing consciousness. Théo tries to wake her up but without success.

Today, Mehdi’s brigade is starting to make Easter eggs. Since Hortense isn’t there, Mehdi has no choice but to let Tom and Kelly take care of the Galaxy Eggs for her.

Hortense then arrives in the kitchen several hours late because she had an appointment at the bank to see her adviser. Seeing that Tom and Kelly are working on the Saturn eggs, the young woman sees red and thinks that her boyfriend is punishing her for being late. Although he assures the contrary, he nevertheless refuses to change the binomials. Hortense will therefore have to work on classic casts.

Seeing them working on her idea, she struggles to hide her jealousy. When Tom enjoys provoking her, Hortense, who is on the verge of tears, breaks down and then leaves the kitchen in a rage.

Worried for her, Mehdi joins her later in her room to understand what happened. The latter accuses him of having excluded her from the project when it was her idea. Mehdi may indicate that he was obliged to make a decision for the good of the brigade, Hortense believes that he has taken the big head since Landiras entrusted him with this mission. Feeling the need to be alone, she asks him to leave.

JASMINE HAS AN IDEA TO SEDUCE AXEL

Jasmine and Axel sympathize with the dishwashing. As a customer has brought back a dish of ravioli without having touched it, the young man decides to eat it. Something to please Jasmine who invented this recipe with chef Listrac. Interested in the technique of this dish, Axel enjoins his friend to show him how it’s done, which she accepts with pleasure.

Under the spell, Jasmine confides later to Eliott and Anaïs that she fell for Axel. If she finds his name sexy, she also felt there was a connection between them. Since he wants to become a cook, Anaïs advises him to give her a few lessons to get closer to him, but Jasmine doesn’t want to wait because she hasn’t had a relationship for a while. That’s why she decides to go for it and try her luck.

After going home to change, Jasmine joins Axel at the studio then invites him for a drink. Unfortunately, he has a busy schedule if he wants to have a chance of passing the institute’s entrance exam and is forced to decline.

However, Jasmine does not want to wait for Axel to pass the contest to ask her out and chooses to create the perfect opportunity to lure him into her net. Also, she takes it into her head to organize the prom of the institute.