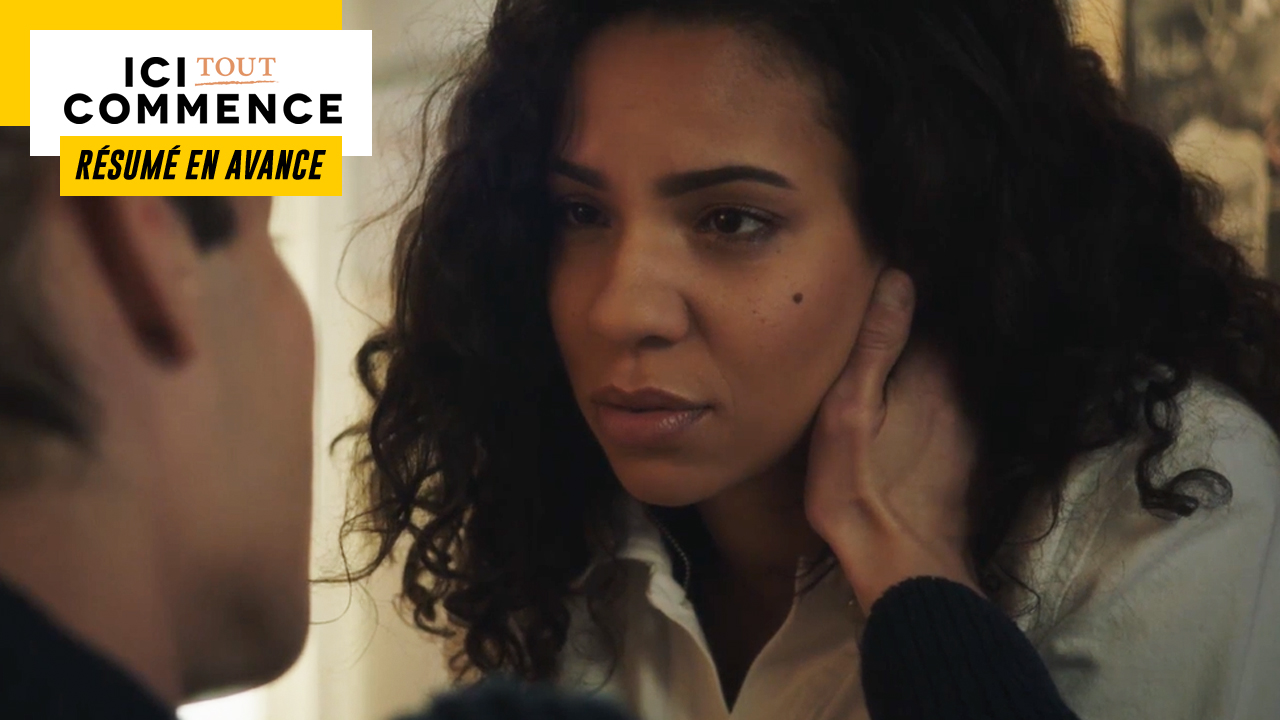 In the next episode of “Here it all begins”… While Marta is testing Theo’s love, Teyssier’s brother arrives at the institute. At the same time, Solal organizes its first event at the Table des Rivières.

Tuesday, April 12 in Here it all begins…

Célia didn’t appreciate that Theo spent the weekend with Marta and even less that he had to kiss her. Unfortunately, the Teyssier son is forced to play the cold lover to make her believe that they are together again and to succeed in proving that she is indeed Célia’s stalker. While the latter fears that he will fall back into her arms, Theo affirms that this will not happen because it is her that he loves.

For her part, Marta is on a little cloud and confides to Charlène how happy she is with Théo. Meanwhile, Célia teaches Eliott that she is still in a relationship with the Teyssier son and that he is pretending that he is still in love with Marta to obtain proof that will allow him to demonstrate that she is indeed the stalker. . While he wonders if it’s not too hard for her, Célia admits that it’s unbearable. Just knowing that they can touch drives her crazy.

Worried about his friend, Eliott joins Theo in the kitchen to clear things up. If the latter affirms that he is doing this to protect Célia, Eliott is on the contrary convinced that his motives are less honorable and that he is doing this only because he is ashamed that Marta could have manipulated him to such an extent. Believing that he is playing with fire, Eliott warns him that Celia won’t be able to put up with the situation for very long.

Later, Theo breaks into Marta’s room to rummage through her things but she surprises him. In the impasse, he improvises and pretends that he wanted to leave a note on his bedside table. However, Marta is doubtful.

Without waiting, Theo joins Célia at the commissary and informs her that he came across a set of keys to an apartment in town in his ex’s room. Unfortunately, he couldn’t take them for fear of getting burned. Certain that this is the place where she was staying while she made everyone believe that she was in Narbonne, Théo wants to return there to recover them. While Célia refuses, the young man replies that he has no choice. Although he is aware that the situation is complicated, he urges her to trust him.

At the same time, Marta reports to Charlene that she surprised Theo in her room. Since then, she can’t help but think that he seemed uncomfortable and that he was hiding something. To be reassured, Marta therefore has the idea of ​​testing his love and later asks him to give her a baby to prove to her that he loves her.

TEYSSIER’S BROTHER ARRIVES AT THE INSTITUTE

Axel worked all weekend to reproduce chef Guinot’s recipe. For his fifth try, he is waiting for his uncle to come down for breakfast to give him a taste of his dish. If Axel has proven that he has progressed, Teyssier believes however that this remains amateur work. Despite everything, the young man is not discouraged and says he is certain of succeeding in rising to the level of his students. While Emmanuel points out to him that they do this in a few hours, Axel replies that he has something they don’t have: rage!

Later, Teyssier is in the middle of preparing a new dessert when his brother Philippe arrives. And as much to say that the tension is immediately palpable between the two brothers. Knowing full well that he came here to recover his son, Emmanuel promises to take him to see him but asks him however not to mess things up. This is his school and he doesn’t want any scandal.

Philippe and Emmanuel then join Axel in the kitchen. The reunion between the father and his son is then far from warm. While Philippe orders him to go home because he needs him on a construction site, Axel refuses to accept him. Indeed, he has another project and intends to pass the entrance examination for the Auguste Armand Institute. Convinced that it was his brother’s idea, Philippe sees red and makes his son understand that it is out of the question. When the tone rises, Emmanuel intervenes and then leads them outside to continue this discussion away from prying ears.

Philippe then explains to Axel that he needs him, otherwise he risks losing his job. Only, the young man does not want to be a mason and asks his father to hire someone else. But Philippe refuses because the company is called “Teyssier & fils”. For his part, Axel does not give up and offers a deal. If he passes the entrance exam, his father will have to let him try cooking. Otherwise, he agrees to take over the family business without making a fuss. For Philippe, he will waste his time for nothing but Emmanuel judges for his part that it only concerns Axel. Before leaving, Philippe tells his son that he has no intention of leaving him alone.

Ambre and Enzo come to lend a hand to Solal who is organizing his first private event at the Table des Rivières. Without wasting time, Amber and Enzo get down to preparing the buffet, but the young man takes things rather lightly. If this makes Amber laugh, it is not the case of Solal who reminds her that they are already late enough as it is.

Subsequently, Solal wonders where Enzo has gone. According to Amber, he’s probably in the bathroom but Solal imagines him lounging around instead, which annoys him. Indeed, this evening is important for him and he has no desire that his comrade ends up ruining everything. Amber then wants to be reassuring and guarantees that everything will go well.

At the end of the day, Solal receives his customers who have paid for a DJ all evening to the chagrin of Gaëtan who is really tired. He therefore decides to go and sleep elsewhere for more peace of mind.