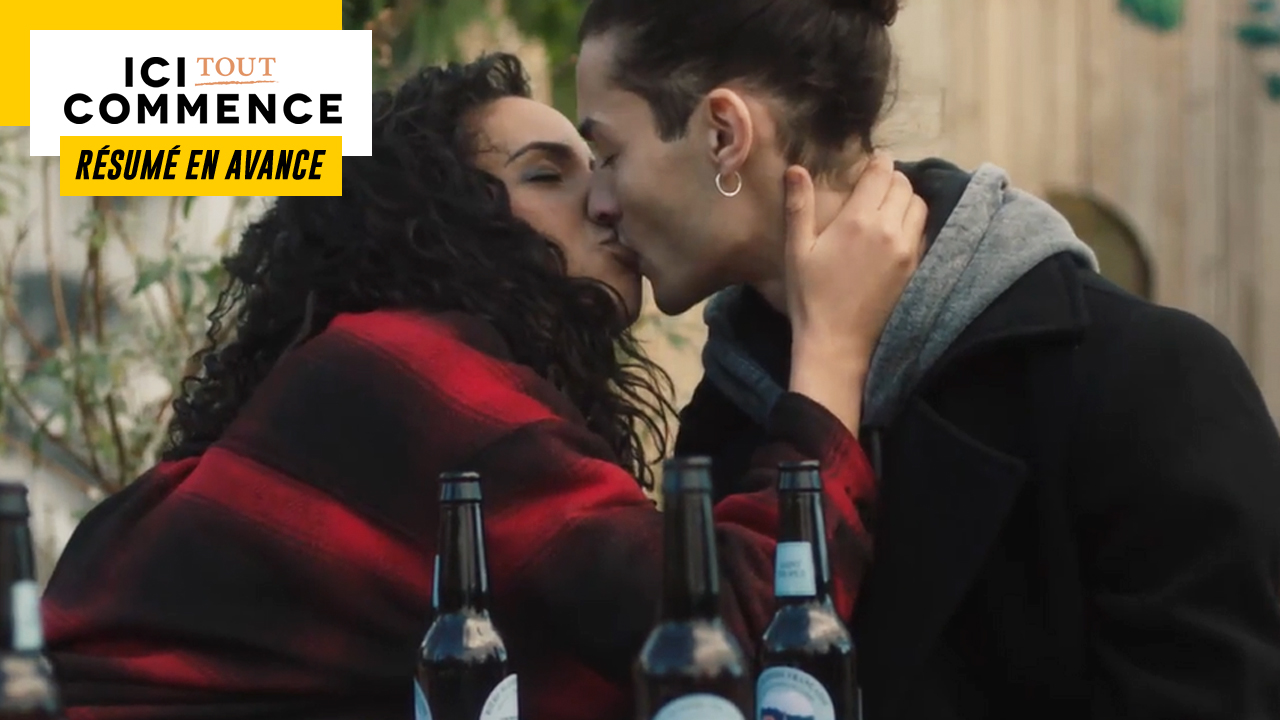 In the next episode of “Here it all begins”… While Theo manipulates Marta, Axel is undeterred. Jasmine throws her parents out.

Monday, April 11 in Here it all begins…

In the morning, Theo meets his dealer not to buy him drugs but to find out why he insists so much that he plunges back into his old demons. Indeed, Emmanuel’s son finds it strange that he resurfaces right when he is thinking of resuming smoking. Theo therefore wants to know the name of the person who spoke to him, but without success.

Back in the kitchen, Théo is busy preparing the Easter menu. As he makes a series of mistakes, Marta asks him if he has started smoking again. When he tries to figure out why she’s saying that, Marta explains that Charlene told him about it and she’s worried about him.

Afterwards, Theo joins Axel and apologizes to him for having doubted him regarding Celia’s burglary. He then asks him to accompany him to see his dealer because he suspects Marta of having wanted to make him dive back into drugs for revenge. Unfortunately, Axel refuses for fear that his uncle will fire him.

Later, Charlène, Théo and Marta present their recipe for the Easter menu. Judging the dish to be tender and delicate, Teyssier validates it. Shortly after, the three apprentice chefs celebrate the good news by drinking a few beers in the park. Charlène then claims to have a phone call to make to leave Théo and Marta alone. The latter takes the opportunity to tell Theo that she still loves him and even says she is convinced that they can find what they had before. The Teyssier son kisses her.

If Charlène is happy to see her brother and her best friend together again, this is not the case for Célia who immediately loses her smile when she meets them in the park. Without waiting, she confronts them and tries to open Theo’s eyes to her rival’s real motives. In vain. Théo affirms that he is still in love with Marta before adding that she was a mistake. And to drive the point home, Theo says that everything about her is toxic. Devastated, Celia returns home.

A few hours later, Theo arrives at the salt marshes and confesses the truth to her. Indeed, he understood that Marta is the person who has been harassing her from the beginning. He therefore makes her believe that he has fallen in love with her again in order to unmask her. After apologizing for all the horrible things that’s been said to her and telling her how much he’s in love with her, Theo promises to corner Marta.

AXEL DON’T LET IT BE DISCOURAGED

During chef Guinot’s lesson, Axel takes vocal notes of the recipe she is dictating to her students while washing dishes. While Anaïs tries to understand why he does this, Axel confides that he would like to learn cooking. As the recipe is very technical, Anaïs advises him to start with something more accessible, but Teyssier’s nephew does not want to give up until he has tried it. Anaïs then gives him some advice.

Back home, Axel goes to the kitchen and reproduces chef Guinot’s recipe. When he asks his uncle to give him his opinion, this one declares that it is a failure. Far from giving up, Axel tries again but it’s not better. Despite everything, nothing discourages Axel who decides to make a third attempt. If Teyssier thinks that his nephew is useless, this is not the case of Constance who asks her husband to help him to progress quickly. Only, Teyssier refuses to avoid trouble with his brother.

JASMINE KICKS HER PARENTS OUT

Jasmine agreed to give her parents a second chance. This is why she finds Mylène and Boris in the park of the institute in the company of Greg and Naël to spend time with them. The atmosphere is in a good mood so much so that she accepts that her parents take her son in their arms.

Later, Boris and Mylène come to have coffee with the roommate. If everything seems to be going well, Jasmine overhears her mother telling Naël that he will always be welcome in their village if he wishes to lead a healthy life of mind and heart. The motto of their sect. Certain that Mylène is trying to enlist her son, Jasmine kicks her parents out.