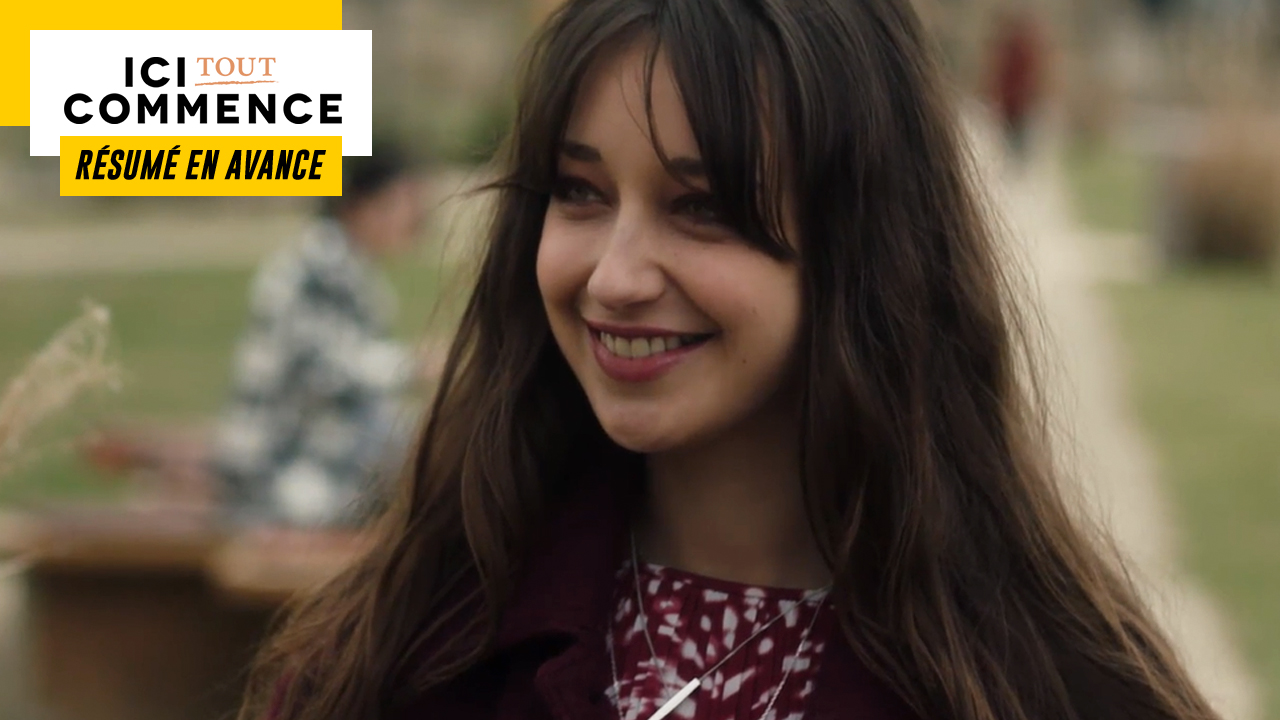 In the next episode of “Here it all begins”… While Marta has more than one trick up her sleeve, Boris and Mylène have bad intentions. At the same time, Anaïs does not let herself be done.

Friday, April 8 in Here it all begins…

MARTA HAS MORE THAN ONE Trick Up Her Bag

In the kitchen, Marta takes advantage of working on the Easter menu with Théo and Charlène to bring Celia down. Since she tries to find out if he still has feelings for her, Theo affirms that their story is definitely over. If Marta is jubilant, this is not the case for Charlène who is very quiet. An attitude that did not escape the young woman who asked him a little later what was going on. Emmanuel’s daughter then questions him to find out if it was she who set his business on fire to blame her rival. As Marta denies the facts and swears that Célia wanted revenge, Charlène ends up believing her.

Later, Célia tries to have a discussion with Théo but without success. The latter reminds her nastily that he no longer wants her to approach him. By noticing that all her classmates are looking at her strangely, Célia understands that they imagine her responsible for the fire that broke out in Marta’s room. It is nice to assure that she is innocent, nothing helps.

Subsequently, Theo is under pressure and would like to smoke a joint to put his brain on hold. When Charlène tries to convince him not to be tempted by his old demons, he reveals to her that he found Celia’s bracelet near the laundry basket that caught fire and that he hid the truth to avoid she doesn’t get fired.

Immediately, Charlene reports to Marta the discussion she had with her brother and also apologizes to her for doubting her. After assuring that it was ancient history, Marta asks her friend if she plans to tell her father about this story. Refusing to cause problems for her brother, Charlène intends to remain silent. Marta would like to think of another way to say it without involving her, but Charlène thinks it would be better to calm things down because her brother is not well. When she tells him that Theo is seriously thinking about smoking again and that she doesn’t want him to go back, Marta declares that they will take good care of him.

Shortly after, Marta apologizes to Théo for having stirred the knife in the wound then strokes his hair, promising that she is there for him. Theo then recognizes that he behaved badly with her and is surprised that she is still there to cheer him up. The opportunity for Marta to admit that she is still attached to him and to make him understand that everything is not yet over between them. Only, Theo can’t get back together with her because he’s still obsessed with Célia and he can’t manage to move on. After apologizing for these remarks, he takes her warmly in his arms.

At the end of the day, Théo strolls through the streets of Calvières and meets his former dealer. Although he specifies that he no longer smokes, the latter leaves him a sample of weed before joining Marta and guaranteeing her that Theo took the drug. When he questions her on what motivates her to do this, Marta indicates that she does not want him to dive back but that he is tempted. The last time Theo quit drugs was because of her, so she imagines he’ll turn to her. For the dealer, she is crazy but Marta retorts that she is simply in love.

BORIS AND MYLENE HAVE BAD INTENTIONS

Boris and Mylène meet Guillaume to find out if everything is going well for their daughter at the institute. The latter therefore tells them that she came first in the entrance examination and that she is one of the best students in her class. Knowing full well that the tuition fees are high, they would like to be able to help their daughter but Guillaume specifies that it is not necessary. Indeed, his results enabled him to obtain a scholarship. Jasmine being a hardworking and deserving young woman, Guillaume says that they can be proud of her.

Guillaume then joins Jasmine at the roommate and tells her that her parents have come to ask her some questions about her schooling. Although he is aware of the differences between them, the deputy headmaster believes that the people he met did not seem to have bad intentions towards her. Jasmine does try to explain that her parents are playing comedy, but Guillaume thinks they want to fix things. Despite everything, the situation suits Jasmine very well. For her part, Greg urges her to check for herself if they have really changed.

Jasmine therefore meets her parents and tells them that she will not return to their sect. Mylène and Boris then certify that they are not there for that but to reconnect with her and be part of her life. While they insist on seeing Naël again, Jasmine ends up letting her guard down and lets them spend some time with her son.

At the end of the day, Mylène felt that her daughter did not trust them and would like things to go faster. However, Boris points out to him that if they want to recreate a bond, they should not rush. However, he promises that Naël will grow with them in their community and that he will be saved.

On her way to the institute, Anaïs sees Lisandro and the double A client chatting in the street. Given his companion’s jealousy, the head of the room explains that they met by chance but Anaïs does not believe it. For her, the client stuck around just to see him again. If they exchanged simple banalities, Lisandro on the other hand failed to tell him that he was in a relationship.

Later, Anaïs is evaluated on her indoor work. When the client of the day before comes to lunch at the double A, she has no choice but to be professional and serve her. But when the client states that she has been trying to attract Lisandro’s attention since his arrival, Anaïs retorts that he is a couple and very faithful. Only, the young woman persists and says that she found him rather receptive this morning.

Even if Anaïs keeps her cool, she doesn’t hesitate to put the client in her place when her assessment ends. And as much to say that she takes pleasure in telling him that Lisandro is in a relationship with her.