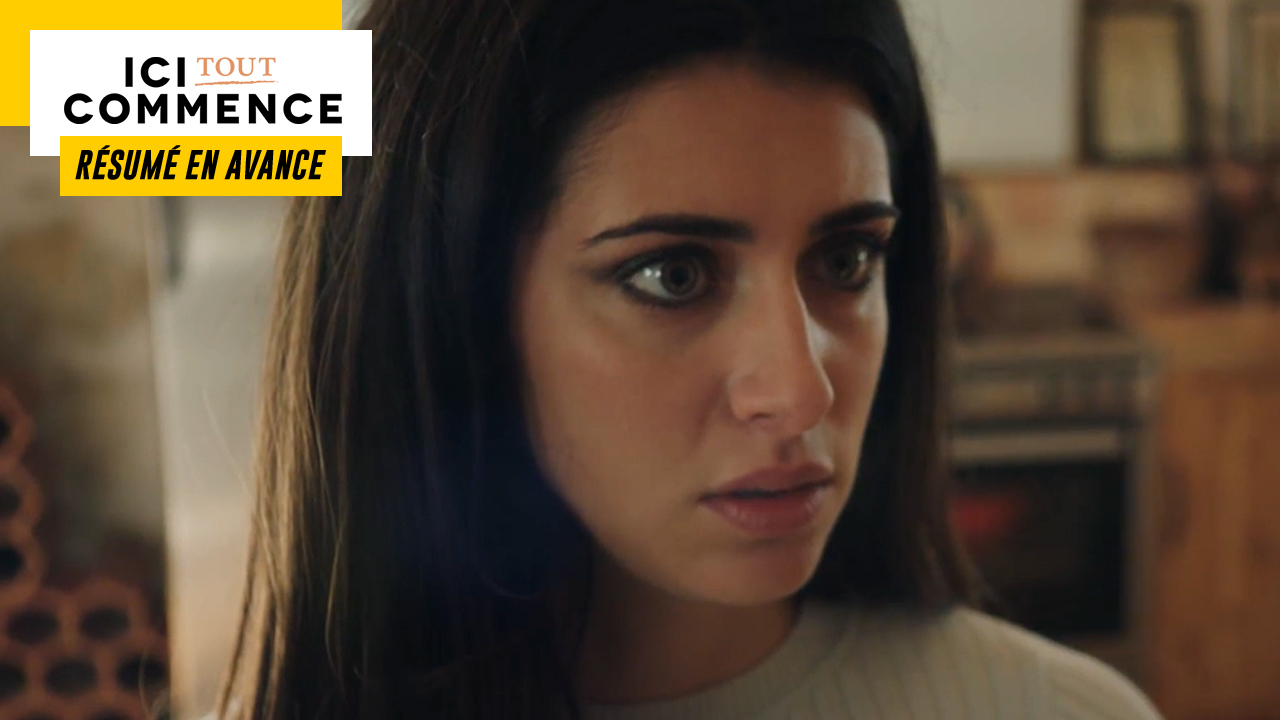 In the next episode of “Here it all begins”… While a fire breaks out in a room at the institute, Axel challenges himself. Lisandro meanwhile caught the eye of a client.

Thursday, April 7 in Here it all begins…

A FIRE DECLARES IN A ROOM OF THE INSTITUTE

Théo and Célia spent the night together. If the young woman is happy to wake up in his arms, this is obviously not the case with Théo who hastens to get dressed. When she tries to understand what is happening, the Teyssier son declares that this night was a mistake he wishes to forget. Indeed, Théo still cannot believe that Célia tried to pretend that she was being harassed by shooting a video. The Gaissac girl recognizes that she screwed up but nevertheless considers that they love each other too much not to be together anymore. Although she swears never to do it again, Theo leaves to be alone.

Back at the institute, Theo apologizes to Charlene and Marta for having planted them the day before. Since he didn’t come home all night, Charlène deduces that he slept with Célia. Seeing him embarrassed, Marta intervenes and assures him that he is free to sleep with whoever he wants.

Shortly after, Marta bumps into Célia at the commissary and has fun provoking her. While Marta is certain that Theo will never get back together with her, Célia retorts that she is convinced that he will come back to her when he finds out the truth. During the conversation, Marta ends up confessing that she is the one who has been harassing her from the start. After having insulted her, Célia says that she will denounce her in front of everyone but Marta reminds her that she has already done it and that no one believes her. She then provokes her rival by pushing her repeatedly. Célia may ask him to stop, nothing helps. Annoyed, the Gaissac girl in turn pushes her violently before leaving the premises. But in their altercation, Celia dropped a bracelet that Marta hastened to recover.

Back in her room, Marta hastily retrieves some belongings. After throwing them in a laundry basket, she sets them on fire then puts Celia’s bracelet on the ground and leaves. Moments later, Deva and Theo realize that the room is on fire. Without waiting, the Teyssier son grabs a fire extinguisher and manages to stop the flames before it is too late. For her part, Deva notices that it was Marta’s clothes that were burning.

Warned by Deva, Teyssier and Marta land in the dormitory. As only her belongings have burned, Marta immediately accuses Celia. However, she does not find the bracelet which could confirm her statements and thus have her fired.

Despite everything, Emmanuel also suspects Célia but Théo defends her by assuring that she would be incapable of doing such a thing. Teyssier launches while he hopes that his son does not cover it otherwise he will lose his position of leader at double A.

At the end of the day, Théo goes to the salt marshes and questions Célia to find out where she was this afternoon. When she says she spent the afternoon with her grandfather, Theo does not believe her and accuses him of having set fire to Marta’s clothes before showing her the bracelet he picked up next to her. the laundry basket. And to specify that he covered it for the last time. As he prepares to leave, Célia begs him to stay but Theo declares that he never wants to see her again.

AXEL TAKES UP A CHALLENGE

Axel would like to attend classes at the institute and learn cooking in his spare time. Unfortunately, his uncle refuses to boost him. However, Axel, who is motivated, decides to train on his own thanks to Emmanuel’s books.

Later, the latter surprises his nephew reading his cookbook while doing the dishwashing. Realizing that he has searched his library, he points out that he could kick him out for that. He then warns him that if the dishes aren’t sparkling or he keeps finding a drop of water on his book, he’ll make him scrub the toilets until Christmas and without gloves.

LISANDRO CATCHED IN THE EYE OF A CUSTOMER

At double A, Enzo fell in love with a client. Bad luck, she falls for Lisandro and doesn’t hesitate to point it out to Anaïs. Moreover, the young woman is determined to put the hook on him since she then asks Anaïs to give her phone number to the head of the room. Although she is jealous, Anaïs retrieves her contact details and gives them to her companion. If he finds this very flattering, Lisandro however guarantees Anaïs that she has no reason to worry because he is madly in love with her.