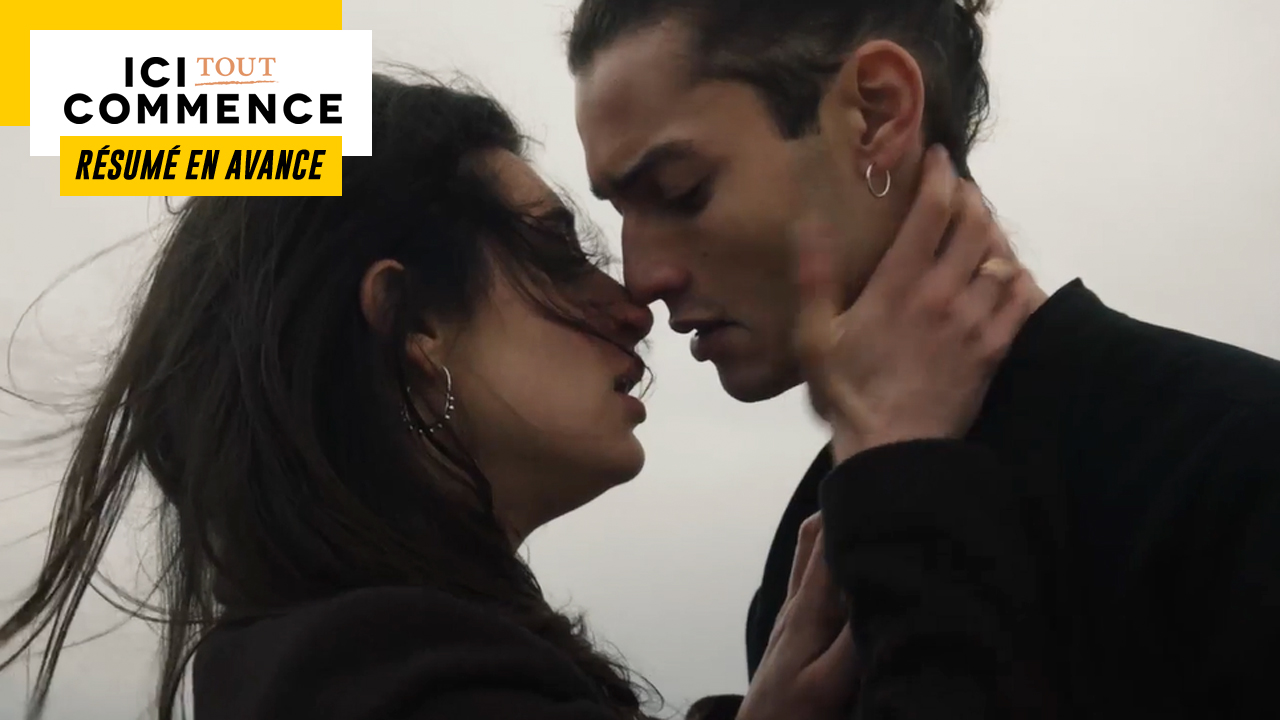 In the next episode of “Here it all begins”… While Theo and Célia fall back into each other’s arms, Deva receives good news. At the same time, nothing goes between Tom and Hortense.

Wednesday, April 6 in Here it all begins…

THÉO AND CÉLIA FALL BACK INTO EACH OTHER’S ARMS

In the morning, Celia takes advantage of meeting Marta in the park to have a chat with her. If she is certain that she is his stalker, she is also convinced that Charlène is his accomplice. According to her, Marta had every reason to be angry with her since Theo left her like a nobody. Célia even goes so far as to admit that she would have done the same thing in her place. In all honesty, Marta says that she hates her and that she wished she had never existed before asking him to leave her alone.

Subsequently, Marta meets Theo in the locker room. Surprised to see her again so soon at the institute, the Teyssier son tries to find out if she is better. Full of enthusiasm, Marta replies that she is fully boosted. Charlène then suggests to her brother to take it from the Easter menu. Uncomfortable, Theo hesitates because he’s afraid it’s too complicated, but Marta explains that she’s really happy to see him again. Faced with his sister’s insistence, Theo ends up accepting that his ex joins his brigade.

Without waiting, Théo, Charlène and Marta get to work. While coming to pick up some knives, Célia overhears them discussing their recipe and suggests that they put almond powder in their recipe. If Marta thanks her for her suggestion, she reminds her however that she is no longer part of the brigade. Shortly after, Célia reveals to Théo that Marta is the person who has been harassing her from the beginning but the latter, who does not believe her, orders her to leave the place.

Afterwards, Célia finds Eliott and Hortense then tells them what happened. For Eliott, his friend has a fixation on Marta because they are both in love with the same man. As long as she has no concrete evidence to show, he advises her to stop accusing him at the risk that everything falls on her. Only, the Gaissac girl does not intend to suffer without doing anything.

For his part, Theo confides in his mother. Between the return of Marta, Célia and the Easter menu, the young man has too much pressure on his shoulders. Fearing that he would burnout, Constance urges him to slow down a bit, but he refuses. Despite everything, he is worried about plunging back into his addiction to cannabis. With all that is happening, he thinks more and more often about smoking. Since he doesn’t want to go see the shrink, Constance gives him passionflower.

Later, Théo receives a message from Célia which makes him believe that she is alone at the salt marshes and that she is afraid that her stalker will attack her. When he arrives there, Célia claims that her stalker has done it again by filming her at home. However, looking at the images, Théo realizes that the video was filmed from the inside and that Célia lied to convince him that she was telling the truth from the start. Furious, he blames her for having manipulated him. Celia therefore apologizes to him and then indicates that she did this because she loves him and misses him terribly. Theo then ends up kissing her passionately.

In the morning, Laetitia rushes to the kitchen to bring a letter to Deva who is summoned to the prefecture to pick up her student visa. She will therefore be able to stay in France and continue to study at the institute. Crazy with joy, Laetitia, Kelly and Deva jump into each other’s arms.

Immediately, Deva announces the good news to Souleymane and thanks him for everything he has done for her. Happy for her, the son Myriel invites her to dinner to celebrate but she dodges.

Later, Deva reports to Kelly that she still has feelings for Souleymane. The latter then shows up there to cheer him up.

NOTHING IS GOOD BETWEEN TOM AND HORTENSE

In the kitchen, Tom shows Mehdi some suggestions for planet-shaped Easter chocolates. When he discovers his students’ concept, Chef Landiras gives them the green light and congratulates Tom for his sketches, much to the chagrin of Hortense who feels that his classmate stole his ideas. While Tom and Hortense are bickering, Mehdi intervenes and summons them to end their little war.

Subsequently, Tom tries to reach Florence but without success. He therefore leaves a message on his answering machine in which he tells him how sorry he is for all the harm he has done to him. Hortense, who has heard everything, then has fun throwing pikes at him. According to her, you only reap what you sow. Once again, Mehdi intervenes and invites them to make the difference between professional life and private life for the good of the brigade.

Not having appreciated his remarks, Hortense later reproaches her boyfriend for not having defended her. Although he is madly in love with her, Mehdi makes him understand that he cannot do this every time. On the contrary, he wishes he could tell her when she is abusing or when she is freaking out like today. When he adds that she can hate Tom except in the kitchen, Hortense promises to make an effort.