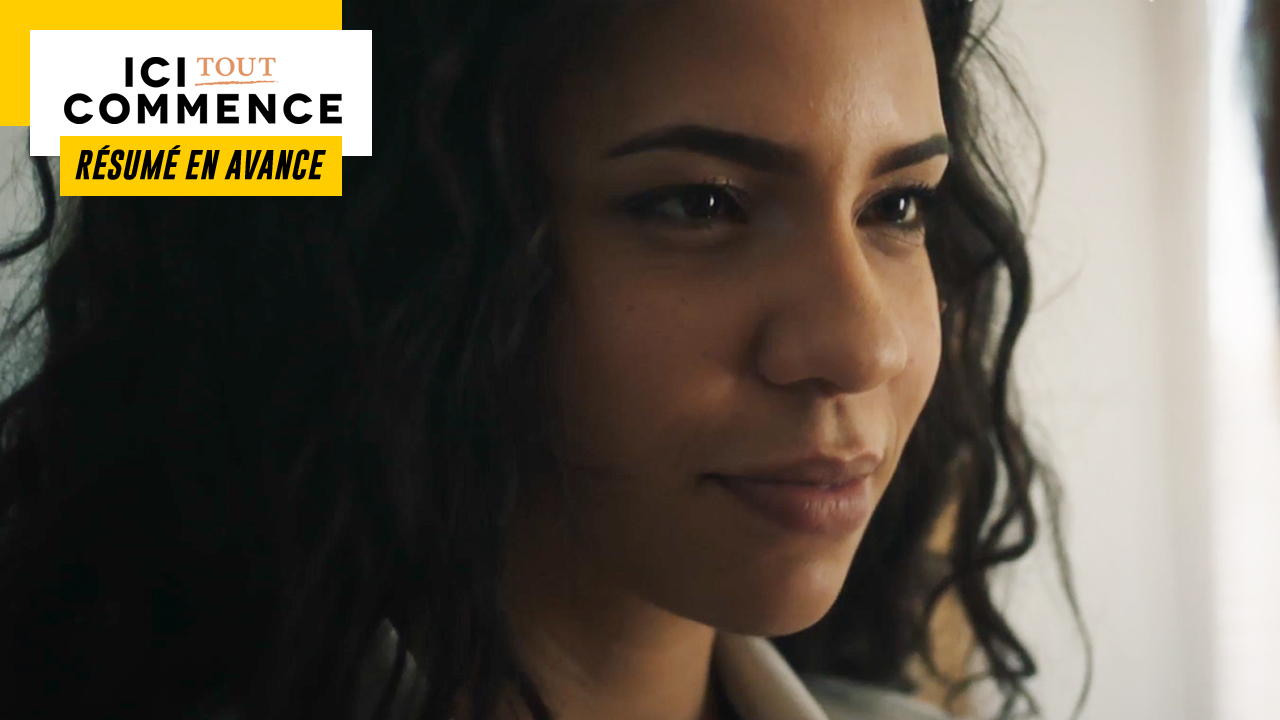 In the next episode of “Here it all begins”… While Marta is back at the institute, Vikash goes back to India. At the same time, Hortense has an idea for Easter.

Tuesday, April 5 in Here it all begins…

MARTA RETURNS TO THE INSTITUTE

At the salt marshes, Celia is having breakfast when she hears someone coming home. Seeing a figure she doesn’t recognize climbing the stairs, she panics and hides behind the central island. She then grabs a kitchen knife, ready to defend herself, but changes her mind at the last moment when she sees that it is Solal. On edge, Célia feels like she’s going completely mad and cracks up. Solal then tries to reassure her and says he is certain that things will eventually work out.

While setting up the double A, Theo announces to his brigade that it is now Charlène who will take care of the Easter menu by his side. Although they need a third person to design the menu, Célia understands that she cannot apply. When Charlène makes a comment to her, the Gaissac girl openly accuses her of having sabotaged her dish. As Theo defends his sister and asks Celia to move on, the latter sends him packing.

Subsequently, while walking with Eliott in the streets of Calvières, Célia notices Marta at the corner of the street watching them. Without waiting, she sets off in pursuit but Marta is nowhere to be found. The Gaissac girl then wonders if it might not be Marta who has been harassing her from the start to take revenge for her breakup with Théo.

For her part, Marta sends a voice message to someone in which she indicates that Celia fried her and that she must absolutely come back to the institute today. In order to prevent the latter from knowing that it is she who has been harassing her all this time, Marta therefore seeks the help of this mysterious person.

At the commissary, Célia receives a message from her stalker which reads, ” You have a dirty face, are you tired? “. Feeling observed, Célia looks around her and receives a new message: ” What’s the matter ? Do we feel observed? “. Celia then slams the door to make it look like she’s gone. Successful staging since Marta comes out of her hiding place. When Celia accuses her of being her stalker, Marta pretends not to know what she is talking about. The latter then tries to explain that she is looking for Teyssier but Célia refuses to believe her and then drags her into the director’s office to clear up everything.

While she once again accuses Marta of being the source of all her misfortunes, the Gaissac girl receives a new message from her stalker who tells her ” you’re screwed “. A message that clears Marta. Annoyed, Teyssier summons his student to stop believing himself in a remake of Scream.

At the end of the day, Marta confides in Charlene that everything went exactly as planned. Now that Celia has lost all credibility, Marta will finally be able to get Theo back.

Before classes start, Vikash announces to Deva that he is going back to India the next day. Indeed, he sees clearly that he doesn’t really belong at the institute. After recent events, Vikash needs to take some time to think about their future marriage. While she wants to know what he is going to say to their families, Vikash replies that he does not know, but promises not to say anything about Souleymane. Deva thanks him.

Later, Deva confides in Kelly. Knowing full well that she has not been cool with Vikash since his arrival, the young woman fears that she has ruined everything and that he will cancel the wedding. When Kelly questions her to find out if she still wants to marry him, Deva affirms that she is because Vikash is a gentle, kind and understanding man. According to her, he is the husband she always wanted to have. Kelly then advises him to make a big romantic gesture to show him that she cares about him and that she wants to fight for him.

On Kelly’s advice, Deva pulls out all the stops and arranges to meet Vikash in her room where she is waiting for him dressed in the sari she will wear on their wedding day. Deva also takes the opportunity to share her feelings and her desire to see their two families reunite. Once she tells him how lucky she is to have him in her life, she assures that the Deva he saw will not be the same as the one he will be married to. Touched by her approach, Vikash declares that he wants to live his life with her and that he never doubted it. Right after, they exchange their first kiss.

During this time, Souleymane asks for news of Deva from Kelly who indicates that everything is fine. Then to add that Vikash goes back to India but that Deva still intends to marry him. She therefore advises him to drop the case to avoid suffering too much. Only, Souleymane is in love and does not intend to give up as long as there is a small hope.

HORTENSE HAS AN IDEA FOR EASTER

This year, chef Teyssier had the idea of ​​having his students create chocolates for the Easter pop-up shop. And since this party was never to Chef Landiras’ liking, he decided to entrust the design to a student. He therefore instructs Mehdi to bring together a brigade and gives him carte blanche for the creation. An announcement that delights Hortense.

When he offers Kelly to join his brigade, she accepts with pleasure. Hearing them talk, Tom says he too is interested in joining his team. If Mehdi accepts without hesitation, Hortense is not at all enthusiastic about this idea and confides later to her boyfriend that she has no desire to work with him. Indeed, she describes Tom as a hypocrite but also as a manipulator. For her, it is a devious young man who will prevent their brigade from functioning well. However, Mehdi reminds him that it is his brigade before specifying that Tom is welcome.

In the kitchen, the members of the Easter brigade exchange ideas on the chocolates they want to create especially for the occasion. Hortense has the idea of ​​making Easter planets for each of the planets in the solar system with different flavors. Tan idea that excites everyone except Tom.