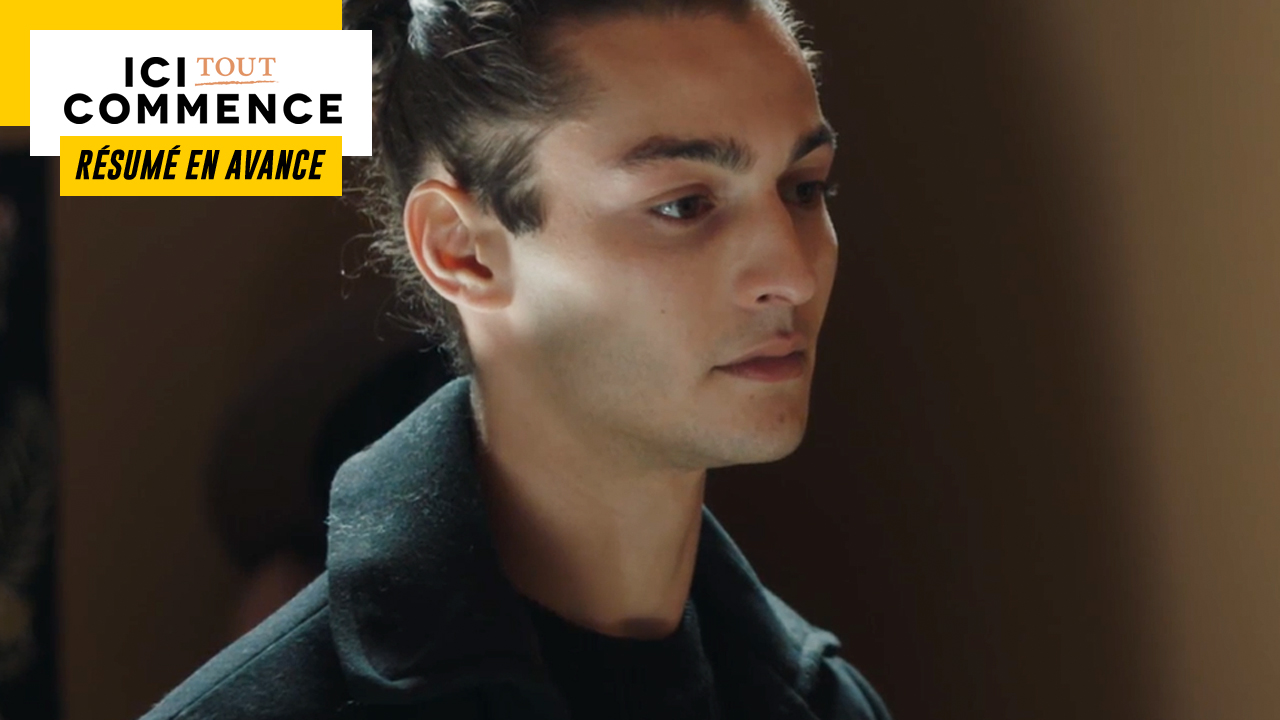 In the next episode of “Here it all begins”… While nothing is going well between Théo and Célia, Vikash makes a proposal to Deva. For his part, Axel is interested in the functioning of a brigade.

Friday 1er April in Here it all begins…

NOTHING IS GOOD BETWEEN THEO AND CÉLIA

Even if everything overwhelms him, Theo still refuses to believe that his sister could have drugged Célia without her knowledge. When Charlène joins them to ask her brother for the house keys, Célia openly accuses her of being her stalker but she denies the facts.

Completely lost in the face of the situation, Célia then confides in Eliott and Hortense. Convinced that Charlene is indeed the person who is harassing her, they decide to follow her all day in the hope of trapping her. At the commissary, they then overhear a daring telephone conversation between her and Louis.

For his part, Theo takes advantage of being alone with Célia to tell her how crazy it drives him to know that someone is trying to play with her, that she is scared and that she is not at peace. And to clarify that it is not because he does not think that Charlène is guilty that he does not support her.

Unfortunately, fate continues to plague Celia. Indeed, when Théo and Célia give chef Guinot a taste of their recipe for the Easter menu, the dish seems to have been sabotaged by the stalker. Claire, who cannot validate their preparation, makes them understand that they will not be in charge of the Easter menu for long.

Exhausted, Célia finds Charlène in the park and accuses her of being the cause of this fiasco. Annoyed, the latter asks him to leave her alone with her paranoia. As the tone rises between the two women, Eliott intervenes and explains to Célia that Charlène could not sabotage the dish. After following her all day, the young man can guarantee that she has done nothing.

On returning, Charlène reports to her brother and her mother the scandal that Celia caused her. She even comes to wonder if her classmate hasn’t invented everything so that we pity her and take care of her. For Constance, there are indeed people who like to create problems for themselves to attract attention.

At the end of the day, Célia confides in Solal that she is completely lost. As she wonders if she is not struggling for nothing, he enjoins her to trust herself. The Gaissac girl then realizes that he is the only one who really supports her. When Solal takes her in his arms to comfort her, Theo arrives in the room. Uncomfortable, Solal leaves. Célia insists that he was only comforting her, Théo reproaches her for falling into the arms of the first comer then says that his sister has been right from the start. Hurt, Celia kicks him out.

VIKASH MAKES A PROPOSAL TO DEVA

In the morning, Vikash arrives in Deva’s room and offers her a bouquet of flowers to apologize for her behavior the day before. After what happened, he admits he’s still a bit worried. Deva then affirms that nothing is happening between her and Souleymane, then specifies that her priority remains her studies. The next moment, Vikash is full of praise for her and says he is very happy that she is his future wife. Wishing to spend more time with her, he therefore invites her to settle in the guest house where he is currently staying. Although she thinks it’s a good idea, Deva still needs time to think things over.

In reality, Deva has no desire to live with her fiancé and tells Kelly that she doesn’t dare tell him. On the contrary, the young woman dreams of independence and of living her life before marrying him. As Laetitia’s daughter remarks that it will be difficult to see Souleymane in these circumstances, Deva pretends that she no longer thinks of him. Souleymane or not, Kelly advises him despite everything to be honest with Vikash.

At the end of the day, Deva makes an appointment with Vikash in a cafe and makes him believe that she agrees to settle down with him on condition that they obtain the agreement of his parents. Knowing full well that they will never accept, he thinks it would therefore be better for his fiancée to stay at the institute in order to avoid disrespecting his future in-laws.

Relieved, Deva announces the good news to Kelly. During the conversation, she confesses that it is difficult for her to forget Souleymane but Kelly guarantees that it will eventually pass.

AXEL IS INTERESTED IN THE OPERATION OF A BRIGADE

In the kitchen, Lionel is preparing a lemon butter sauce for the fish. By placing saucepans on the worktop, Axel plunges his finger into them to taste it. A gesture prohibited in the kitchen where hygiene rules are very strict. Annoyed, Lionel therefore makes him understand that he has absolutely nothing to do here.

Later, chef Guinot asks Axel to clean the casseroles. When he answers “ok”, Claire retorts that each time she asks him, he must answer “yes chef” or “no chef”. And to specify that as in the army, respect for the hierarchy is very important during the service. Faced with his questions, the chef Guinot teaches him the proper functioning of a kitchen brigade.

At the end of the service, Lisandro gives feedback to his students so that they can progress. Having found the debrief interesting, Axel asks the head of the room to let him attend the next service. Seeing him motivated, Lisandro ends up accepting.

At the end of the day, Axel goes to Salomé and Anaïs’ room to try on his waiter outfit. As the shirt is too small, he undresses in front of his comrades, which does not seem to displease them.