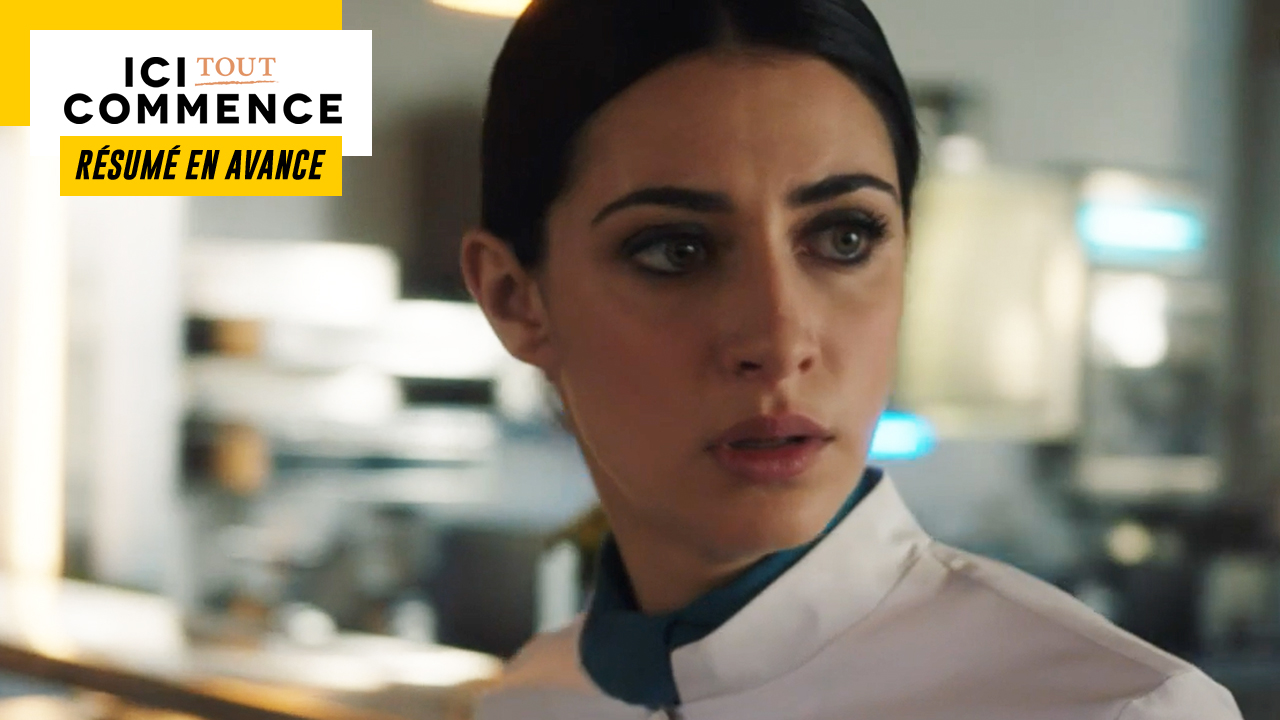 In the next episode of “Here it all begins”… While the stalker continues to taunt Célia, Greg meets Jasmine’s parents. Florence makes a decision that upsets Tom.

Wednesday, March 30 in Here it all begins…

THE STALKER CONTINUES TO TAUGHT CÉLIA

At breakfast, Theo accuses Axel of having robbed Célia on behalf of Teyssier. While Axel insists he would never do such a thing, Theo refuses to believe him and insists on knowing why his father gave him money. However, Axel has no desire to answer. Theo is therefore clear, if he were to attack Celia again, it is him that he will cook for the Easter menu.

Théo then joins his girlfriend in the kitchen. If Theo guarantees that his cousin will not do it again, Célia is still wary of Teyssier, who does not take long to disembark. Having heard the end of their conversation, the latter declares that he has other things to do than to persecute her. While Célia reminds him that he is ready to do anything to discredit her, Emmanuel replies that he does not need to lift a finger for that. He therefore summons them to stop with their delirium of persecution, specifying that they are wasting time unnecessarily.

Later, Célia meets Solal on leaving the institute. When he points out to her that she is late, Celia asks him if they had an appointment. Solal confirms this to him before showing him the message he received from him on Instagram. Only the Gaissac girl didn’t send him anything. Exhausted, she tells her friend that Teyssier and his nephew stole her computer and hacked into her social networks. To comfort her, Solal hugs her and asks her to calm down.

Back in the kitchen, Célia tells Théo what happened. At the same time, he receives a photo of his girlfriend in Solal’s arms with the following message ” Can you work while your girl sees her ex on the sly? “. Immediately, Célia swears that nothing is happening between her and Solal, but Théo knows it well. On the other hand, he does not understand how his cousin knew that she had gone out with Solal. Tired of this little game, Célia decides to talk about it to Antoine who summons her with Axel and Teyssier to clear up this story.

Since the principal is trying to find out why his uncle gave him the money, Axel admits having stolen a speaker to resell it on the net to help his brother who is struggling with money. However, the person came across the ad online and demanded a refund. Since he can’t claim anything from his father now, he turned to his uncle.

Despite everything, Célia struggles to believe Axel. This is why Theo later questions Salomé about her cousin’s schedule last Friday. The young woman then confirms that she stayed with him until the evening service. Therefore, Axel cannot have robbed Celia.

Back home, Theo apologizes to him. Even if she understands that Célia is disturbed by what she is going through, Constance nevertheless regrets that she went to see Antoine. Also, she advises her son to stop getting involved in this story.

At the same time, Célia tells Solal that her stalker took a picture of them in the morning and then confides that she has the impression of being followed constantly. When she declares that she has the feeling that she is being listened to, she receives a message: ” You are right to be afraid. ‘Cause you ain’t seen nothing yet “.

Greg cancels his lunch with Eliott because he already has something planned with Jasmine’s parents. Indeed, the Delobel son needs to understand if Jasmine would not have misinterpreted the situation with his parents because of a crisis of bipolarity.

In a cafe, Greg finds Boris and Mylène who show him photos of the hamlet they bought to live with their community. An investment that has allowed them to help people who want to slow down their pace of life like them. They would also have liked their daughter to share this life with them. Sadly, she was diagnosed as bipolar and hated everything. However, Boris and Mylène really want to see her again, but also to meet their grandson.

Touched by their story, Greg takes them to the roommate to introduce them to Naël. Happy, they meet their grandson. Greg then tells them that he is not in a relationship with Jasmine and that they are raising the little boy to three with his companion. Revelations that do not shock the Kasmi couple at all. While the atmosphere is in a good mood, Eliott and Jasmine return to the roommate earlier than expected. Furious, Jasmine kicks her parents out. But she is especially very angry that Greg ignored his ban. After apologizing to her, he promises never to speak to them again.

At the institute, Tom criticizes Ambre and Hortense for having wanted to destroy his reputation. While the two young women tell her that they have only told the truth, Salomé intervenes to defend her comrade. Indeed, she can’t help noticing that when Amber has a problem with someone, she feels obliged to humiliate him in the public square. She therefore advises Hortense to stop taking her side, believing that she deserves much better than that.

Later, Tom tries to find out why Salome defended him. Even if she thinks he screwed up, she thinks that’s no reason to roll him in the mud. If he makes fun of all this, the young man cannot bear to see Florence suffer through his fault. In all honesty, Salomé makes him understand that if he has gone elsewhere it is because he probably no longer has feelings for her. Only, Tom affirms that he loves her and doesn’t even know how he could deceive her. Convinced that Florence is the woman of his life, Tom does not want to lose her. Salomé then advises him to tell her all this to her face.

For her part, Florence compliments Solal for his work with chef Guinot. Although they have not started off on the right foot, she would like to entrust him with the management of the events of the Table des Rivières, in agreement with its owner. Solal does not have time to give his answer when Tom disembarks at the salt marshes to have a discussion with Florence who has decided to return to Paris. She may not have made her decision yet about the future of their couple, but the mother needs to take a step back. She therefore asks him to take advantage of this break to think about what he really wants.

Back at the institute, Tom discovers on his bed a box full of condoms with a note that reads, ” To protect your girls from something more serious than your bullshit “. On edge, the former influencer begins to cry in front of Lionel who offers him a cookie to cheer him up.