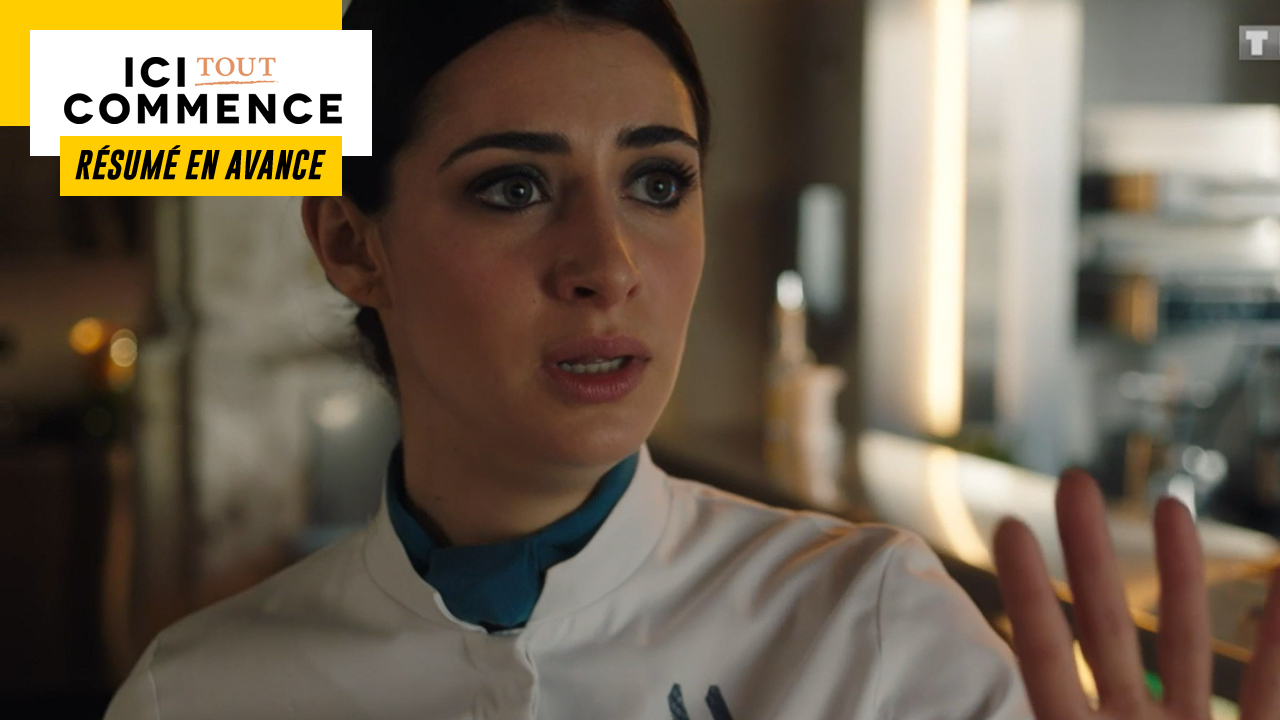 In the next episode of “Here it all begins”… While Célia is the prey of a stalker, Jasmine’s parents arrive at the institute. At the same time, Florence learns the truth.

Tuesday, March 29 in Here it all begins…

CÉLIA IS THE PREY OF A STALKER

Célia was the victim of a burglary. His computer and his recipe books were stolen and the criminal also hacked all his social networks. Despite everything, Célia decides to go to the institute to clear her mind.

On site, Célia and Théo present Claire and Emmanuel with the first version of their starter for the Easter menu. As chef Guinot finds it rather bland, the Gaissac girl explains that it has been robbed and that her recipe book has disappeared. Unfortunately, Teyssier finds it hard to believe her and suggests that she be more creative with her next lies.

For her part, Anaïs cannot help watching Axel changing in the locker room, then tells Célia and Théo that she met the young man when he was breaking into a car to save a dog from death. An attitude that does not surprise the Teyssier son since his cousin has a history with burglaries. Obviously, it was enough for Célia to suspect Axel of having stolen it. Indeed, Teyssier being ready to do anything for her to collect herself with the Easter menu, she wonders if he would not have asked his nephew to steal his cooking recipes. However, Theo assures us that his father would never put Axel in danger.

Back in the kitchen, Celia receives a live video of her cooking. Realizing that she is being watched, she begins to panic and goes in search of her possible stalker. When Axel arrives in the kitchen, Célia, who is frightened, has an anxiety attack.

Teyssier’s nephew therefore takes him to the infirmary. Afterwards, she explains to Hortense and Théo that she received a video of her cooking. While Axel wants to see her, Célia replies that it’s impossible because it’s a snap. After being viewed, the video was deleted. The Gaissac girl then suspects Axel of having sent her this video, especially since he was putting his phone in his pocket when he arrived in the kitchens. However, he guarantees that he was simply looking at his messages.

Later, Célia tells Theo how much this story scares her. When she says she is convinced that Teyssier is hiding behind all this, her boyfriend admits that it is not impossible. To clear things up, Theo invites Célia to dinner with his family. What she accepts.

At the end of the day, she goes to the Teyssiers. Very quickly, she accuses Axel of having robbed her house. Emmanuel then tells her that she didn’t come here to insult him and threatens to kick her out if she continues her insinuations. After having intervened, Constance asks everyone to calm down and then tells Célia that she will always be welcome.

Afterwards, Theo goes to get his sister for dinner. Looking out the window, he sees his father handing an envelope to Axel. Without waiting, he calls Célia and informs her that her father paid his cousin to rob her.

JASMINE’S PARENTS ARRIVE AT THE INSTITUTE

Mylène and Boris Kasmi, Jasmine’s parents, are coming to the institute for the first time. It must be said that it has been several years since they lost contact with their daughter. Now that the latter has had a baby, the couple hope to reconnect and give Laetitia a gift for Naël.

Shortly after, Laetitia goes to the roommate to drop off the gift from Mylène and Boris. Unfortunately, Jasmine categorically refuses to open it. Her parents being part of a sect, Jasmine has no desire to see them again and for them to meet their grandson.

So that they leave them alone, Greg joins Mylène and Boris in a café. After introducing himself, he gives them back their gift and urges them to stay away from them. He then clarifies that Jasmine does not want to talk to them and that there is no point in insisting. Mylène does try to explain that they would like to calm things down but Greg criticizes them for having sent a madman from their sect to reconnect with Jasmine. According to Mylène, they live in a community near Nancy which has nothing sectarian about it. While the Delobel son finds it hard to believe them, Boris and Mylène go so far as to tell him that their daughter invented this story of a sect because of her bipolarity. Since they are only here until the next day, they would like to see her for five minutes. But nothing helps, Greg replies that it is impossible then invites them to drop.

Back at the roommate, however, Greg encourages Jasmine to listen to her parents in order to clarify the situation. Indeed, it is no longer entirely certain that Boris and Mylène live in a sect. Jasmine then tells him what happened. At first, her parents entered a community focused on personal development, but things started to take a turn for the worse. Once they cut themselves off from their friends, they donated all their savings to this community. Listening to this story, Greg is stunned because for him, they seemed simple and normal. For his part, Eliott points out that his mother also seemed normal before it was discovered that she was hitting him.

In the morning, Ambre reveals to Hortense and Charlène that Tom has been in a relationship for years. Still angry, the young woman blames herself for being so easily manipulated. Insofar as they experienced the same thing with Hugues, Charlène and Hortense can only understand it.

Later, Tom joins Amber at the foyer to explain himself. Only, Hortense hears them talking and asks her friend to leave her alone. Tom then shows himself unkind which annoys Amber who summons him to leave.

In revenge, Hortense and Ambre write on a board “Tom Azem is a charo”. Arriving at the institute, Florence and Léna come across this inscription. Angry, Florence rips the sheets off the flipchart then tries to get an explanation. Hortense therefore tells him that Tom jumps on anything that moves since he’s been at the institute, but Florence refuses to believe her. At the foot of the wall, Amber reveals to him that she had a story with him.

Upset, Florence goes to the salt marshes to confront her companion. This one recognizes that he screwed up by having an affair with Amber then tries to justify himself. However, Florence does not want to hear anything and blames herself for having believed in their story despite what people thought.