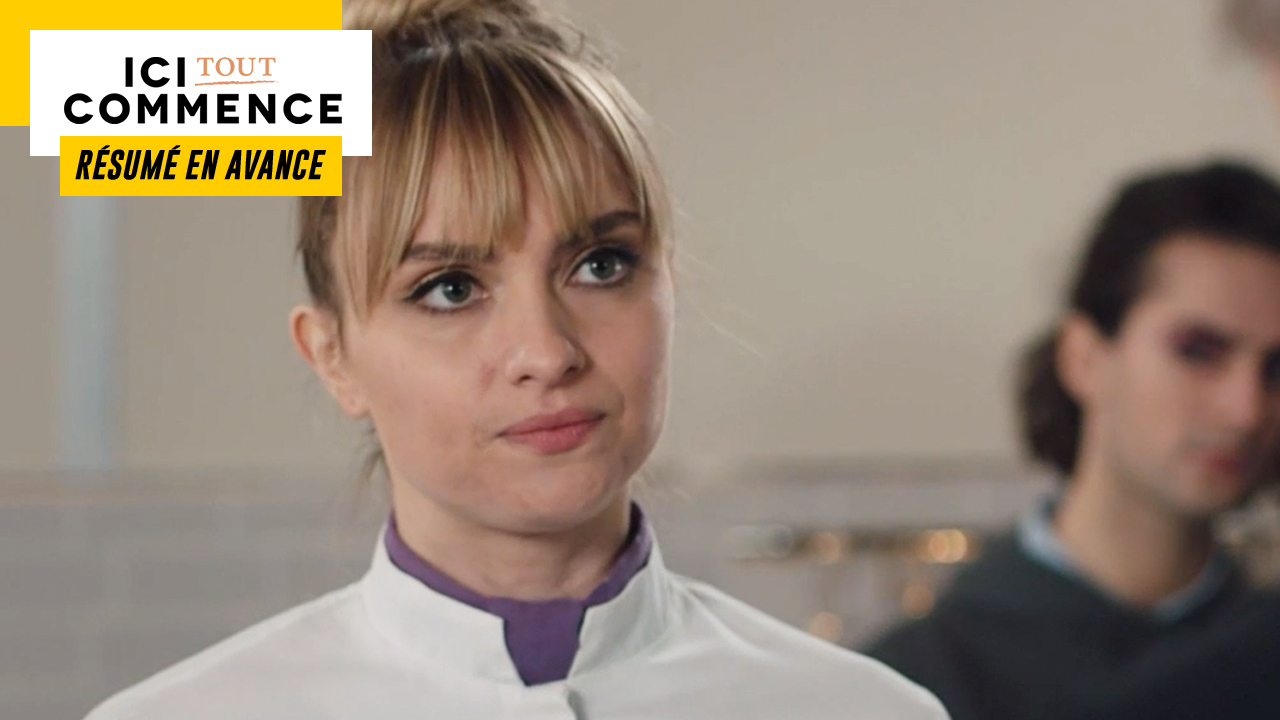 In the next episode of “Here it all begins”… While things are not going well between Deva and Vikash, Teyssier makes a radical decision. At the same time, Jasmine falls under the spell of a client.

Friday, March 25 in Here it all begins…

NOTHING IS GOOD BETWEEN DEVA AND VIKASH

Deva discovers with amazement that Souleymane’s vegetable garden has been ransacked. If the latter is certain that Vikash sought revenge, Deva does not believe it and defends her fiancé fervently. The son Myriel does try to open her eyes by specifying that he is not who she believes, but without success.

Made aware of the fight that took place between Vikash and his son, Antoine makes Deva understand that it would be better if her fiancé no longer came to see her at the institute. Although he does not accuse him of having destroyed the vegetable garden, the headmaster reminds him on the other hand that he has nothing to do in the establishment because he is not a student here.

This story having gone way too far, Deva informs Vikash of the headmaster’s decision. When she blames him for attacking the vegetable garden, he swears he would never have done such a thing. Furious, the young man accuses her of having cheated on him but also of no longer having any respect for her and her family. The tone then rises between the bride and groom and an argument breaks out. When Vikash grabs her, she summons him to let go of her immediately. Realizing his mistake, he asks her forgiveness.

Insofar as she no longer recognizes her fiancé, Deva later confides in Kelly. In full doubt, she understands that he is not necessarily the one she thinks. When Kelly questions her to find out if she still wants to marry him, Deva replies that she doesn’t know anymore.

Later, Souleymane confides in his father how crazy it drives him that Deva persists in wanting to marry Vikash. Antoine may remind her that it is her choice, Souleymane thinks she will be unhappy and ruin her life. While he would like his son to distance himself from this story, he refuses to listen to him. Going back to working the soil of his vegetable garden, Souleymane finds a pink earphone.

At the end of the day, Vikash joins Souleymane. Since Deva no longer wants to see him and there is a good chance that she will break off their engagement, Vikash has decided to return to Pondicherry. After congratulating him for having managed to turn the young woman’s brain, Vikash explains what will happen once Deva’s parents find out why the marriage is annulled. Either they will bring her back to India by force, or they will reject her for dating a man other than her future husband. While he accuses her of having destroyed his life, Souleymane, who does not appreciate that he is trying to make him feel guilty, begins to come to blows but Kelly intervenes before the situation degenerates.

Subsequently, Zoé goes to the vegetable garden and starts looking for the earpiece she has lost. Seeing her do this, Souleymane returns the object to her. Even if she recognizes that it was she who ransacked the place, Souleymane agrees to keep the secret because everyone thinks it was Vikash. So he asks her not to say anything.

The atmosphere is always tense between Célia and Salomé. While the latter would like to start again on a good basis, the Gaissac girl accepts on condition that she admits that she has gone too far by saying that Theo deserves to be fired from the Easter menu. Only, Salomé doesn’t have time to answer because Charlène comes to collect her pastry set. Celia then takes the opportunity to ask him why his father fired Theo. Without hesitation, she replies that he did this only to annoy her.

Later, Salomé takes advantage of Teyssier going into the kitchen to tell him that she is withdrawing from the Easter menu. Indeed, she does not intend to participate in her little revenge against her son. However, Emmanuel enjoins her to repack her diva ego and the sum to resume her work in the kitchen. Since Salomé stands by her decision, Teyssier appoints Greg as head of the menu. Only, the son Delobel declines in turn. Certain that Célia has united all the students against him, Teyssier makes a radical decision and cancels the Easter menu.

At the end of the day, Célia meets Rose and tells her the real reasons behind the manager’s decision regarding the Easter menu. Although she knows full well that it is an impossible mission, Celia asks for his help to make him change his mind. Rose therefore promises to see what she can do.

JASMINE FALLS UNDER THE CHARM OF A CUSTOMER

This is the big day ! The double A makes its very first 100% vegetarian service. Yasmine and Anaïs are a little stressed but the chef Listrac is confident since their menu makes you want to. However, the two young women have additional pressure because the restaurant is full.

During the service, a customer, who came especially for Auguste Armand’s classic, complains that the menu is entirely vegetarian. Jasmine tries to convince him to take another dish from the menu but without success. As he threatens to speak to a manager, Achille, a customer seated at the next table, intervenes. He has also come to taste the house’s iconic dishes, and encourages him to try the new menu. By dint of arguments, the customer ends up giving in and ordering.

At the end of her shift, Jasmine bumps into Achille and thanks him for his help. The current passing rather well between them, the young man invites Jasmine to talk to him, which she accepts with a smile on her face. Passing through the region, Achille would like her to recommend some vegetarian restaurants. As there aren’t really any, she offers him instead to come and test the double A vegetarian options. He therefore indicates that he will be happy to come back the next day. Visibly under his spell, Jasmine is delighted.