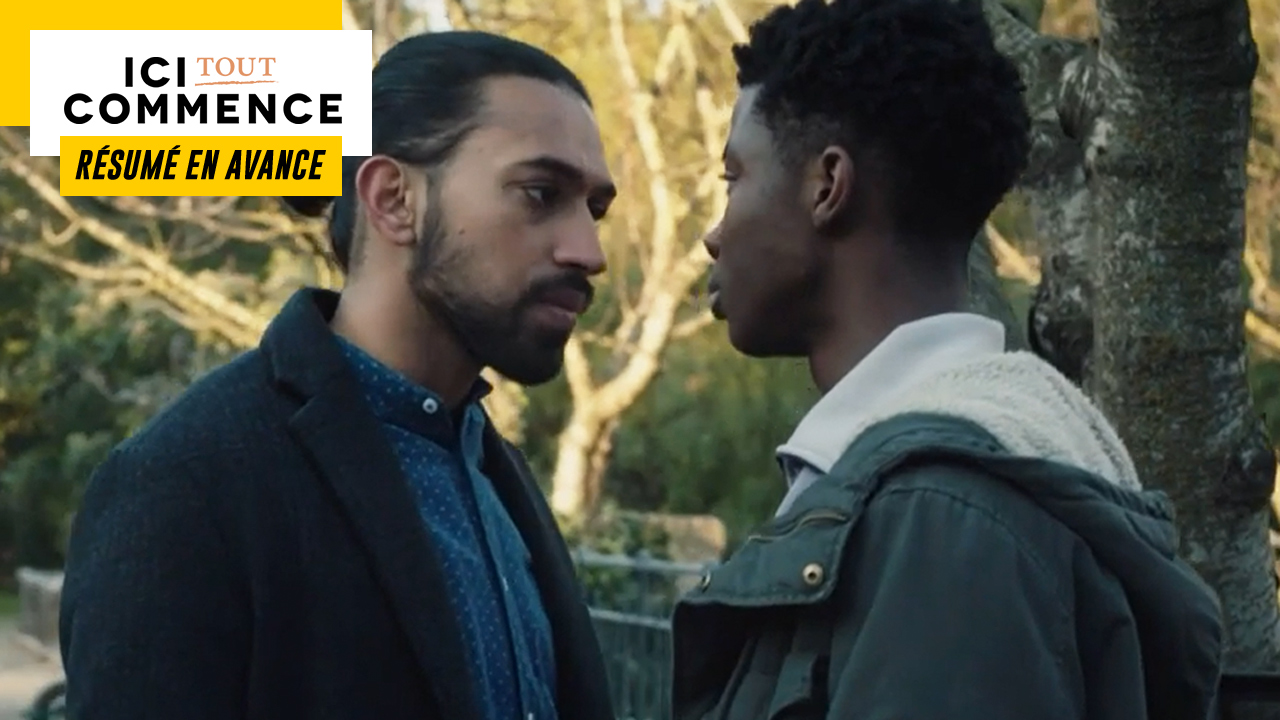 In the next episode of “Here it all begins”… While Souleymane and Vikash come to blows, Amber discovers the truth. In parallel, it is the war between Salomé and Célia.

Thursday, March 24 in Here it all begins…

SOULEYMANE AND VIKASH COME TO FIGHT

In the morning, Vikash asks Deva where she was the night before after class. After she indicates that she was in her room, the young man tries to understand why she did not open when he came. Uncomfortable, Deva tricks her into thinking she was probably asleep. Only, Vikash heard noise and even wondered if she was not with Souleymane. It must be said that he finds them very close in addition. However, Deva does not have time to answer him because Antoine informs him that Lieutenant Massot wishes to speak to him.

Indeed, Julia has good news, the prefect has reconsidered his decision. Deva will therefore be able to stay at the institute to study cooking. But that’s not all. As Stéphane admitted being responsible for the accident, the judge issued a dismissal order. There will therefore be no prosecution against Souleymane.

Both happy and relieved, Deva celebrates the good news with Kelly, Souleymane, Greg, Eliott and Lionel. To mark the occasion, they also offered him a bracelet. When Vikash joins the festivities, Souleymane decides to leave.

During lunch, Zoé learns that Deva has obtained her visa and that the charges against Souleymane have been dropped. Although she is aware that her father tried to end his life, Zoe still blames her brother’s comrades for his accident. While Lionel encourages him to turn the page, Stéphane is seized with a new dizziness. One more reason for Zoé to hate Deva and Souleymane.

Not far from there, Vikash meets Souleymane in the vegetable garden and asks him to distance himself from his future wife. As the tone rises, Souleymane ends up letting go that something is going on between him and Deva. The situation then degenerates, forcing Greg to intervene to separate them.

Warned by Greg, Deva joins Vikash at the exit of the infirmary. He would like her to stop taking him for an idiot and ask him if Souleymane was in his room the night before. Deva recognizes him but however assures that she did not sleep with him. When he questions her to find out if she is in love with him, she does not hide it but nevertheless considers that the most important thing remains their marriage. Only Vikash needs to think about it. Subsequently, Souleymane comes to hear from her but Deva reproaches her for having told the truth to her fiancé before asking him to leave her alone.

At the end of the day, Zoé ransacks Souleymane’s vegetable garden. Upon discovering that his plantations have been destroyed, the son Myriel is convinced that Vikash wanted revenge.

As it’s Tom’s birthday, Amber invites him to celebrate over a drink but he declines. Later, Amber joins Solal in a cafe. Since their breakup, they have only crossed paths and are happy to meet again to make up for lost time. Being chef Guinot’s second for the event that will take place at La table des Rivières today, Solal offers him to go after his service. What she accepts. When she learns that it is Florence who organizes the event, Amber is surprised because Tom did not tell her about it.

Subsequently, Florence launches the festivities at the salt marshes. After warmly thanking chef Guinot and Solal for their work, she took the opportunity to wish Tom a happy birthday in front of all the guests. The latter discreetly takes her hand while whispering in her ear that he loves her. At the same time, Amber arrives and surprises this unequivocal gesture of affection. Tom then sees her go away.

Back at the institute, Tom hastens to go see Amber. While she asks what kind of relationship he has with Florence, Tom ends up telling her that he has been in a relationship with her for years. In shock, Amber reproaches him for having made fun of her from the beginning and for having lacked honesty towards her.

IT’S WAR BETWEEN SALOME AND CELIA

Théo goes to see Célia in the kitchen because he missed her too much. A disappointment for the young woman who thought that the director had changed his mind and that they were going to be able to work together on the Easter menu. By joining them, Salomé assures Theo that she never wanted to take his place. The latter has no doubt about it and therefore ensures that all this is not his fault. For Célia, Teyssier does this only to separate them but Salomé is not necessarily of the same opinion since she heard that her friend had made some mistakes in the kitchen. As Célia loses her temper, Theo intervenes and puts an end to the discussion.

The two young women then set to work in a tense atmosphere. And things don’t take long to get worse when Salomé criticizes the menu proposed by Célia and Théo, which she considers much too classic. It was therefore impossible for them to agree and even less to work together. It is in this context that Claire arrives in the kitchen.

The latter understood very well that Teyssier fired Theo for the sole purpose of separating him from Célia. Emmanuel, who does not hide it, summons his colleague to ensure that the collaboration between Célia and Salomé works. At the end of the day, Célia tells Théo about the horrible day she spent with Salomé. Theo advises her to come back down a bit, pointing out that it’s not her fault that her father chose her for the job.