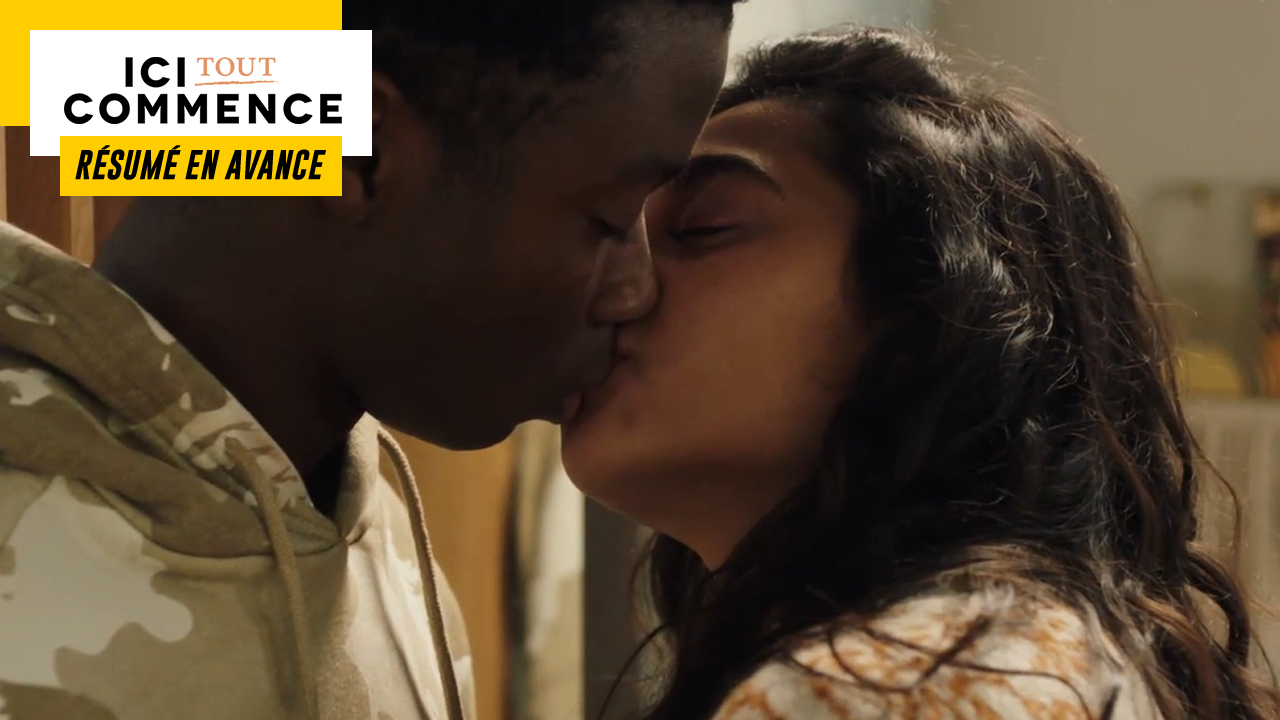 In the next episode of “Here it all begins”… While Stéphane confesses everything, Axel will stay at the institute. At the same time, Tom reveals his secret to Salomé.

Wednesday, March 23 in Here it all begins…

Stéphane learns that the prefect has refused Deva’s visa application and that the latter must return to India. Although he is aware that the situation is not obvious to him, Lionel would like his father to confess to the police that it was he who caused the accident. Unfortunately, Stéphane refuses because he wants to protect his daughters from the truth. Angry, Lionel accuses him of being selfish as Deva faces expulsion and Souleymane a conviction for something they didn’t do. Despite everything, Stéphane sticks to his guns.

For his part, Deva has given up all hope of staying in France and is asking Souleymane to move on. Unfortunately, he is unable to do so since he fell in love with her. Although she loves him too, Deva has to return to India the next day. They will therefore have to continue to live their lives on their own.

In cooking class, the atmosphere is good humored between Deva, Lionel and Kelly. The young man then announces that he has a solution for her to stay in France. As her father has things to say about the accident, he takes Deva to his house to have a talk.

There, Lionel pushes his father to tell the truth. Faced with her arguments, Stéphane ends up telling her that she is not responsible for the accident and that it was he who threw himself under the wheels of her car. Since the death of his wife, everything has become complicated for Stéphane. Gradually, the father of the family began to sink until he fell into depression. Wishing to preserve his children, he hid his unhappiness but over time it became difficult for him to pretend. When he saw the car, Stéphane said to himself that it was the only way to stop all this. Since he is aware of his mistake, Stéphane goes to the police to tell them the truth.

Later, Lionel confides in Greg that he cannot believe that his father tried to end his life. Greg then advises him to be present for him and says he is certain that things will eventually work out.

For his part, Vikash confesses to Deva that he wants her to return with him to India so that he can get married and start their life together. Since Deva intends to finish her schooling at the institute, Vikash promises to wait for her as long as it takes.

At the end of the day, Souleymane goes to Deva’s room. The latter explains to him that even if the prefect accepts that she stays, it would not change anything for them. For her part, Souleymane wants only one thing, that is that she realizes her dream and that she is happy. Touched by what he says, Deva kisses him. As they begin to undress, Vikash knocks on the door. The couple therefore hastens to hide in the bathroom. But the situation is a real electric shock for Deva who understands that it can’t go on like this any longer. This is why she decides to stop everything with Souleymane.

AXEL WILL STAY AT THE INSTITUTE

Going down to have breakfast, Axel is surprised to see his mother in the living room. Thinking that she came to take him home, he indicates that he has no intention of returning because he will not bear to see his father after what happened. If she admits that her husband was a bit harsh with him, Lola reminds her however that he vandalized the neighbour’s car. Only, Axel believes he has done what his father did not have the courage to do. As the tension mounts, Emmanuel asks Charlene to take his cousin for a ride.

Lola then confides in Teyssier and Constance that her husband refuses to allow their son to return. When Emmanuel encourages his sister-in-law to tell Axel the truth, the latter replies that she is afraid of hurting her son. Emmanuel therefore understands that the problem between Axel and Philippe is much deeper. Afterwards, Lola explains that their relationship began to deteriorate when Axel refused to take over the family business. In the hope of arranging things, Lola asks her brother-in-law to call Philippe, but he categorically refuses. However, he agrees to take his nephew in until this whole thing settles down.

Meanwhile, Salomé and Anaïs are in the middle of a sports lesson when they see Charlène and Axel walking in the park. When Salomé and Axel start talking, Gaëtan forces them to attend his sheathing session.

Later, Teyssier informs his nephew that he will be able to stay at home. Only, it’s not Club Med. If he wants to stay at the institute, he will have to work in the double A dishwashing industry. Axel accepts without hesitation.

TOM REVEALS HIS SECRET TO SALOME

Léna has made an appointment with Tom and confronts him about his affair with Amber. As he is about to leave, the young woman threatens to reveal everything to her mother. At the foot of the wall, the former influencer admits having lived a brief adventure with his comrade but affirms however that this story is over. Very much in love with Florence, Tom begs Léna not to say anything because he cannot imagine his life without her.

Tom then joins Florence, Claire and Solal at the salt marshes and offers Chef Guinot to become his clerk for the event that will take place at La table des Rivières tomorrow. He even says he is ready to accept that Solal gives him orders. With all the work they have, Claire happily accepts. Without waiting, the young man gets to work to the delight of Florence who caresses his back affectionately. A gesture that does not escape Solal.

Later, Solal questions Tom about his relationship with Florence, who claims she is a family friend. Knowing full well that he is lying, Solal insists but Tom gets annoyed and leaves.

Back at the institute, Tom confides in Salomé about his love affair with Florence. With Florence, they have been in a relationship for four years. Indeed, he met her when he was only 16 years old and she was 41 years old. For a few years, they hid but eventually it got out. Despite the criticism, the couple didn’t care because they loved each other. At the age of 18, Tom moved in with her and they were very happy. However, things changed when he joined the institute. Now that Florence is in the area, Tom worries that she will find out about his infidelity and leave him. In shock, Salomé makes him understand that he has been lying to everyone from the start before leaving the place furious.