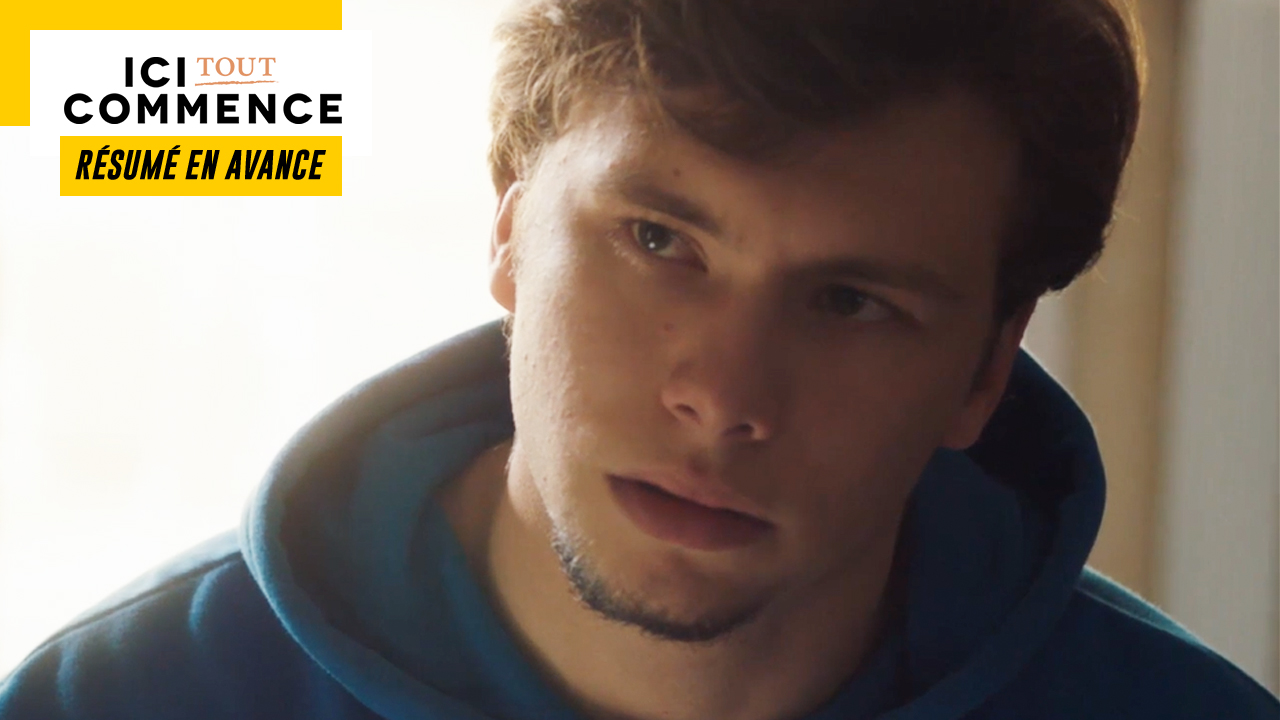 In the next episode of “Here it all begins”… While Lionel makes shocking revelations, Teyssier’s nephew arrives at the institute. Hortense, on the other hand, is greedy.

Tuesday, March 22 in Here it all begins…

Since the unexpected arrival of Vikash, her fiancé, Deva has not given any news to Souleymane. Uncomfortable, the young woman goes to the vegetable garden in the hope of breaking the news to the son Myriel, but Vikash joins them. Souleymane therefore meets the fiancé of the one he loves without having been prepared for it.

Later, Deva makes Vikash taste the lamb croquettes she served to the prefect. The latter then takes the opportunity to show him photos of the restaurant he visited with his father in Pondicherry. Although there is a lot of work to do, he has two years to complete it, which will give Deva time to finish his studies at the institute. When Deva reminds her that she hasn’t gotten her visa yet, Vikash retorts that he is sure the prefect will give her a favorable response. And even if she leaves, they will still open their restaurant.

Subsequently, Souleymane joins Deva and reproaches him for not having warned him of Vikash’s arrival. Lost in the face of the situation, he would like to know how she sees things between them in the future. She may have feelings for him, Deva does not want to break off her engagement and even less to shame her family. Resigned, she then declares that what she feels towards him will eventually pass.

Souleymane, who is injured, returns home and confides in Rose and Antoine. Being jealous, he hoped deep down that Deva would give up her engagement for love of him.

Later, Julia goes to the institute to inform Deva of the prefect’s decision. Even if he was very touched by his speech, unfortunately it was not enough to convince him. As a result, Deva will not obtain a student visa and will have to leave France within two days by his own means. If she has not returned to India by then, she will be placed in a detention center.

After this announcement, the young woman finds her friends to bring them the bad news. Very moved, Deva takes refuge in the arms of Vikash to the chagrin of Souleymane.

At the end of the day, Kelly joins Lionel and tells him that Deva will have to leave the country in the next few days. Finding the prefect’s decision much too unfair, he ends up admitting to his girlfriend that Deva and Souleymane had nothing to do with the accident and that his father actually tried to commit suicide.

TEYSSIER’S NEPHEW ARRIVES AT THE INSTITUTE

Axel, Teyssier’s nephew, arrives unexpectedly at the Institute. His father having thrown him out, he intends to settle down with his uncle for a few weeks, which does not delight Emmanuel who knows that he will feel him passing if his brother comes to learn that he is taking him in. .

For their part, Salomé and Anaïs are walking through the streets of Calvières when they see a dog locked in a car. To help him, they hesitate to call the police or the SPA. Fortunately, Axel saw the dog locked up a few hours earlier and arrives with a crowbar before forcing the car open. As the young man gives the animal a drink, its owner bursts in and threatens to call the police. Teyssier’s nephew then signals to him that he risks a large fine for having mistreated his dog before leaving.

Later, Teyssier questions Axel in order to understand what prompted Philippe to kick him out once again. He therefore explains that his mother has had mailbox problems with a neighbor for months. At first it was nothing but little by little it started to get heavy. As his father did nothing, Axel decided to do himself justice by ransacking the neighbor’s car. The latter having complained about it, Philippe is afraid of what people might say about him and has kicked him out. His mother tried to defend him but this time it didn’t work. Moreover, this one not being aware that he is here, Axel would like his uncle and his aunt not to tell him anything. Emmanuel and Constance then agree to keep the secret and to accommodate him for the necessary time.

However, Constance would like to call Lola so she wouldn’t worry about her son but Emmanuel would rather avoid so his brother wouldn’t take it as a declaration of war. If Constance believes that this story would be an opportunity for them to pick up the pieces, Emmanuel specifies that they are not angry but that they have nothing to say to each other. However, Constance pointed out to him that it was because Philippe agreed to take over the family business in the construction industry that he was able to do pastry. Even if he is perfectly aware of it, Emmanuel however regrets that his brother wants to impose on his son to work in masonry. Refusing that Axel is there without his parents knowing, Constance pushes her husband to call his sister-in-law, which he finally agrees to do.

Chef Landiras asks his students to make a pastry from a candy of their choice. Hortense, Greg, Eliott and Mehdi therefore decided to work together on the cubs. They imagine a recipe based on shortcrust pastry but Hortense, as an expert, thinks that it is necessary to keep a gelatinous texture. In the end, they agree to keep seven teddy bears for the jelly and four for the decoration.

However, Hortense is greedy and ate all the candies in the recipe, much to the chagrin of Greg, Eliott and Mehdi who will have to make bears again to make their pastry. A few hours later, the four apprentice chefs present their dessert to Chef Landiras. Unfortunately, Zacharie quickly realizes that his students have made their own candy for preparation. At the foot of the wall, Hortense confesses that it was she who ate them. Also greedy, chef Landiras does not hold it against him and indicates that he has no intention of penalizing them. On the other hand, they will have to redo the exercise.