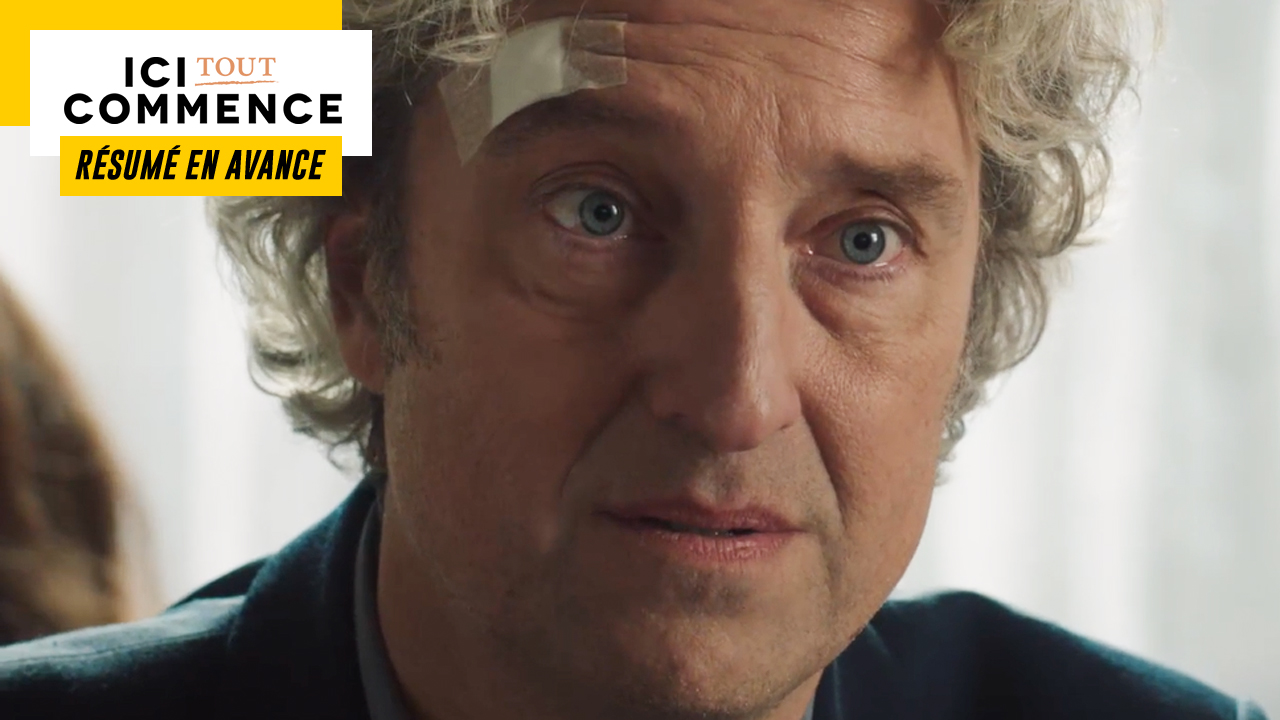 In the next episode of “Here it all begins”… While Teyssier does everything to destroy Anaïs’ career, Ambre and Enzo make a curious discovery about Tom. Kelly and Laetitia make peace.

Tuesday 1er March in Here it all begins…

TEYSSIER DOES EVERYTHING TO BREAK ANAÏS’ CAREER

Fearing losing custody of her son, Jasmine decides to leave the institute with Naël. Panicked, Greg and Anaïs catch up with her in the park of the establishment and try to reason with her. In vain. Anaïs therefore decides to follow her and points out to her that running away is not a solution. When Jasmine considers denouncing herself, Anaïs refuses because her friend has a lot more to lose than her. Teyssier having no proof, she is certain that everything will eventually work out. Relieved, Jasmine takes her in her arms and then returns to school.

In class, Jasmine apologizes to Greg and then promises that she won’t do it again. She then starts cooking meat, taking it upon herself to avoid being noticed. For his part, Greg gives him his support and assures that she was brave.

For his part, Teyssier seeks the help of Anaïs to supervise his pastry class. Even if she is supposed to provide double A service, the director leaves her no choice. Unfortunately, the young woman misses her mirror glaze. The perfect opportunity for Teyssier to humiliate him publicly in front of his students. After throwing the dessert in the trash, he orders her to do the washing up. Despite everything, nothing demoralizes Anaïs who knows full well that all this will not prevent her from graduating or working in a big palace at the start of the next school year.

At the end of the day, Anaïs meets Teyssier at the exit of the institute. Convinced that she is responsible for his aggression, he tries to get her to confess but without success. Ready to do anything to ruin the career of the young woman, the director meets Lauren Belvaux, the one who had recruited Anaïs as butler in a large Parisian palace. He then tells her about the problems he has encountered with her recently and the violence she has shown to carry out her actions against animal abuse. Without wanting to make a decision for him, Teyssier nevertheless makes him understand that it would be a very bad idea to hire him.

AMBER AND ENZO MAKE A CURIOUS DISCOVERY ABOUT TOM

In pastry class, chef Landiras asks his students to work in pairs to make a hazelnut cake. Amber and Tom therefore team up. Indeed, the young woman realized that it was silly that she continues to ignore him and this all the more that she misses him a lot. Words that relieve Tom who explains that it would have hurt him a lot if she was no longer in his life. As she is still very attracted to him, Amber would like to establish a few rules to avoid any slippage. What he accepts.

Later, Amber and Tom are at home when Enzo joins them to deliver a package intended for his comrade. The latter then opens the package and discovers a football shirt with “dad” written on it. Uncomfortable, Tom swears that he does not have children then claims that it is a joke of his little brother who nicknamed him thus to make fun of his too paternal side towards him. Only Enzo doesn’t believe him.

In the afternoon, Ambre overhears Tom on the phone who tells his interlocutor that he can’t do this kind of thing again because everyone is going to ask him questions. When she tries to find out what’s going on, Tom tricks her into thinking he’s fixing some issues with her ASMR channel shutting down. Knowing full well that he is lying, Amber says she is still there for him if he wants to talk.

Suspicious, Amber joins Enzo and tells him about the conversion she surprised a few moments earlier. In order to find out what he is hiding, Amber and Enzo decide to investigate.

It’s the big day and Kelly and Lionel move in with Laetitia. However, the young man is not really excited about the idea of ​​living in a 30m2 with his in-laws. Indeed, he believes that settling together is not a small step in a couple’s life and does not want to do it for the wrong reasons. That’s why Lionel gets his suitcase to go back to boarding school.

Later, Kelly announces to Laetitia and Guillaume that Lionel is no longer moving in with them because of them. As the tone rises between mother and daughter, Guillaume intervenes and points out that they are both at fault in this story. If Laetitia should have asked her daughter’s opinion before finding a place for the young couple, Kelly should have known that her mother loves her enough not to want to get rid of her.

Shortly after, Kelly and Laetitia have an open-hearted discussion. Once they have put things flat, they embrace to seal their reconciliation.