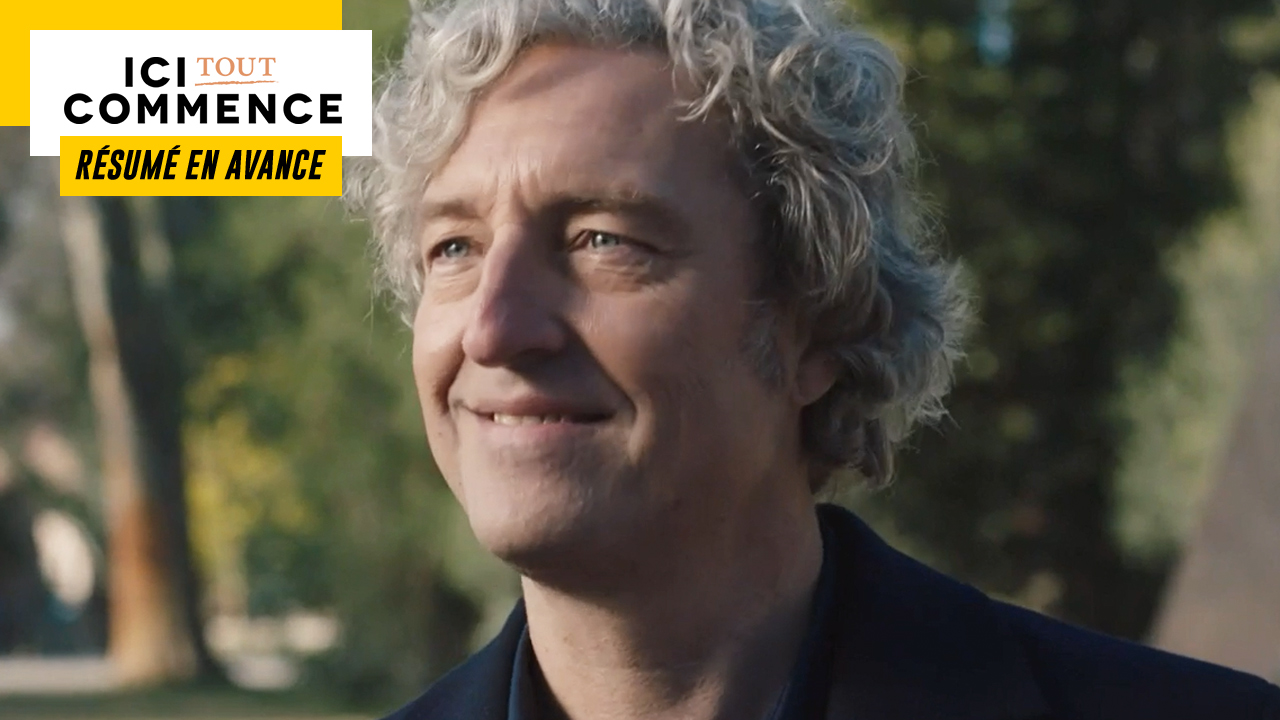 In the next episode of “Here it all begins”… While Teyssier is attacked, Gaëtan and Zacharie join forces to give Noémie a taste for pastry. Célia and Théo allow themselves to be overtaken by their desire.

Thursday, February 24 in Here it all begins…

Following Lisandro’s layoff, Antoine suspended classroom lessons until management made a decision concerning him. In the meantime, Anaïs is appointed head of the double A room. If Jasmine is delighted with this news, Anaïs points out to her that Lisandro is a father and that it would be serious for him to lose his job.

Later, the students of the institute are summoned to the amphitheater and discover with surprise that Teyssier has returned. If the director recognizes that more room must be left for vegetarianism, he also stresses that meat has always been an integral part of French gastronomy and that he does not intend to eradicate it overnight. Nevertheless, Teyssier agrees to devote two days a month to vegetarian cuisine at Double A. While Jasmine specifies that some students no longer want to cook meat, Emmanuel assures that he respects everyone’s convictions, but not in his kitchens. And to add that if they do not want to comply with the teaching of the institute, it will be the door.

Subsequently, Clotilde criticizes Teyssier for having publicly swept aside the commitments she had made to the students. However, judging that she did her job poorly in her absence, Teyssier doesn’t care. Lisandro being the only one to have remained straight in his boots in the face of the situation, he decided to reinstate him today to the great displeasure of Clotilde.

During this time, Jasmine does not intend to give up and wishes to do everything possible so that the double A card becomes 80% non-meat. Unfortunately, Lionel, Kelly and Anaïs don’t want to take the risk of being fired. Despite everything, Jasmine seems determined to fight the fight alone.

Afterwards, Anaïs finds Lisandro and Esteban playing football in the park. When the child asks when she will be coming home, she declares that she will not come back because the situation is complicated between her and her father. However, she promises that they can continue to see each other. For his part, Esteban hopes that she can love her daddy again.

In the evening, Anaïs takes advantage of meeting Emmanuel on leaving the institute to thank him for having agreed to dedicate two days a month to vegetarianism but above all for having reintegrated Lisandro. When he asks her if they got back together, she replies that they did break up. Something to relieve Emmanuel who believes that their separation is the only positive thing to remember from all this turbulent period.

However, the director does not stop there and goes so far as to say that she was just a passing fancy for Lisandro for his midlife crisis. For the good of all, he tells her never to do it again because the stories between teachers and students are always nests of shit. As he leaves school to go home, Emmanuel hears someone running behind him. Turning his head to see who it is, Teyssier takes a stone in the face and collapses to the ground.

At the salt marshes, Zacharie realized that he had never worked with Noémie. That’s why he offers her to make a four-handed dessert before she leaves. Only, Noémie has put pastry behind her and no longer really knows if she wants to evolve in this environment. For Zacharie, it’s a shame because he finds her very talented.

Back at the institute, chef Landiras joins Gaëtan and tells him that Noémie intends to quit pastry. The Rivière son then talks to her about his talent in this field as well as the role played by Teyssier in his loss of confidence in her. The two young men therefore decide to join forces to get him back on track.

Together, they head to the salt flats with the ingredients needed to win her over. Playing the game, Noémie gets inspiration in no time and collects her kitchen equipment before heading to the stove. If Gaëtan and Zacharie think it’s a success, Noémie thinks it’s far from perfect. To prove her wrong, Zacharie would like to call Teyssier but she refuses.

CÉLIA AND THÉO LET THEM OVERWARD BY THEIR DESIRE

Eliott and Hortense question Célia about the intimate moment she spent with Théo. The Gaissac girl therefore tells them how sensual, torrid and animal this moment was. While Hortense tries to find out if she has feelings for him, Célia affirms that it’s only physical between them. The sexual tension having definitely subsided, she is now convinced that they will return to strictly professional relations. But for their part, Eliott and Hortense do not believe it at all.

At the same time, Marta gets annoyed because she still hasn’t had confirmation of her appointment with an in vitro fertilization specialist. Theo, who has his head elsewhere, tells him that they are in no hurry. Shortly after, Charlène, who attended their conversation, waits to be alone with her brother to understand what is happening. He may claim that all this scares him, Charlène thinks on the contrary that his lack of enthusiasm comes from his crush for Célia. According to her, given how Marta is projecting herself into this project, this is not the time for him to do anything.

During the service, Marta keeps talking to Theo about their plans for a child next to Célia. The latter, who keeps smiling, even goes so far as to congratulate them.

Later, Theo joins Celia in the greenhouse to apologize for not telling her about this baby story. But she points out to him that he owes her nothing before saying that she doesn’t care. As Theo asks her if she doesn’t care what happened between them, Celia retorts that they had an agreement and that she respects it. For Théo, she did not appreciate the moment they shared. Celia then pushes him to his limits and the tone rises. Faced with this tension, they end up exchanging a fiery kiss.