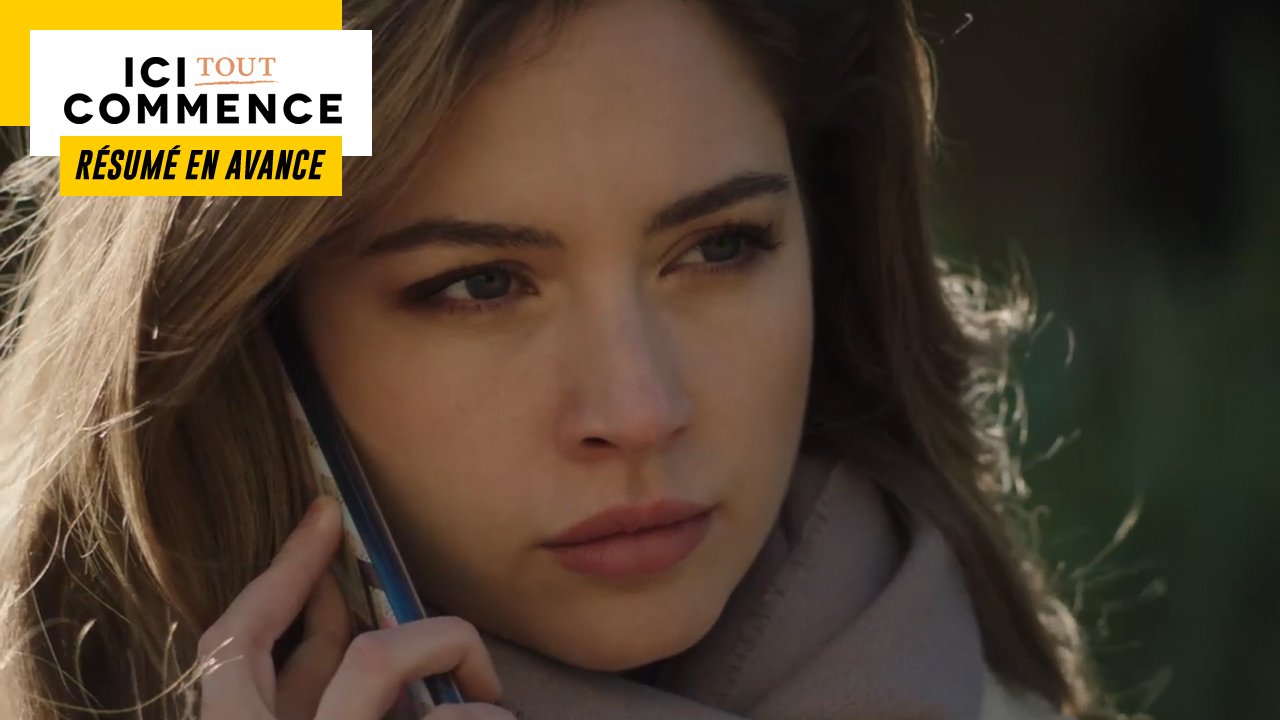 In the next episode of “Here everything begins”… While the situation degenerates to double A, Deva has feelings for Souleymane. At the same time, Amber accuses the blow.

Wednesday, February 23 in Here it all begins…

THE SITUATION DEGENERATES DOUBLE A

Following his breakup with Anaïs, Lisandro confides in Rose because he doesn’t understand how she could send Jasmine to return the duplicate keys to him when she was ready to give him a second chance. Certain that she won’t come back, Lisandro doesn’t know how to break the bad news to Esteban. Rose, who has the impression that Anaïs still loves her, advises her to clear things up with her first before having a discussion with her son. While they are talking, Lisandro sees Anaïs crossing the park. He therefore decides to approach her but the young woman refuses to listen to him.

Afterwards, Anaïs finds Jasmine, Lionel and Enzo to take stock. As the dialogue did not work, Anaïs would like to make some noise to gain respect. Accompanied by her comrades sensitive to the animal cause, she intends to welcome double A customers in her own way. Indeed, the students wait in front of the restaurant holding a dish under a bell jar. Beneath it is an animal’s head in a pool of fake blood. Shortly after, Clotilde and Antoine arrive to try to put an end to this mobilization but they exclude moving until they have won their case. And if until now they asked that the double A be entirely vegetarian two days a month, they now demand that the menu be 80% non-meat.

Without waiting, Antoine and Clotilde summon Lisandro. According to them, the fact that the head waiter forced Jasmine to cut meat destroyed all their efforts. Even if he claims to have only done his job, Antoine urges him to apologize to the students. Only he refuses.

Later, Antoine and Clotilde tell Rose about Lisandro’s actions during the first year exam. The latter then understands that her friend acted in this way to take revenge for his separation.

Not far from there, Anaïs and her comrades sit in front of the double A, which does not please Charlène, Tom and Greg who would like to be able to work. While the students are debating animal abuse, Lisandro arrives and begs them to leave. Faced with their rejection, Lisandro loses his temper and drags Lionel to the ground for several meters. When she arrives on the scene, Clotilde orders her colleague to immediately let go of the young man then says that he is being laid off.

No longer able to afford this kind of excess, chef Armand has no choice but to accept that the double A menu become 80% vegetarian. Annoyed, Charlène calls her father to ask him to come home.

DEVA HAS FEELINGS FOR SOULEYMANE

Deva woke up hungover. At worst, she gives herself up to Clotilde. She regrets having been unfiltered with Souleymane but above all having told him of her romantic dream. If she fears that her comrade has understood that she has feelings for him, Deva also has the impression of betraying the man to whom she is promised. When Clotilde questions her to find out if she still wants to get married, Deva admits that she feels lost. She is certainly very attached to Vikash but also has feelings for the son Myriel. For Clotilde, her life belongs to her and no one can decide for her.

For his part, Souleymane prepares a surprise for Deva. Since she dreamed of the party of colors with him, he decided to organize it so that they celebrate it together. In the afternoon, Souleymane joins Deva in the vegetable garden and then they embark on a battle of colors to honor the origins of the young woman. A successful surprise until she claims to have no memory of what she told him the day before and adds that she probably said anything under the influence of alcohol.

Tom and Solal have chosen to leave Ambre. Very sad, she struggles to realize that she has lost the man she loves and fears never to find someone who will accept her way of life. Fortunately, Célia is there to comfort her and give her a smile.

At the same time, Solal talks about his breakup with Gaëtan. Since she has been his mainstay all his life, he doesn’t know how to live without her. However, Solal knows he made the right decision despite the feelings he has for Amber.

In cooking class, Amber has her head elsewhere. For his part, Tom did not think it would affect him so much and Amber specifies that she has just lost the two people she cared most about in the world. And to add that it is not because she is polyamorous that she is devoid of feelings.

In the evening, Ambre, Solal and Tom drown their sorrows each in their own way. While Amber is depressed by eating chocolate, Solal drinks a few beers with Gaëtan. Tom is looking at pictures of Amber on his phone.