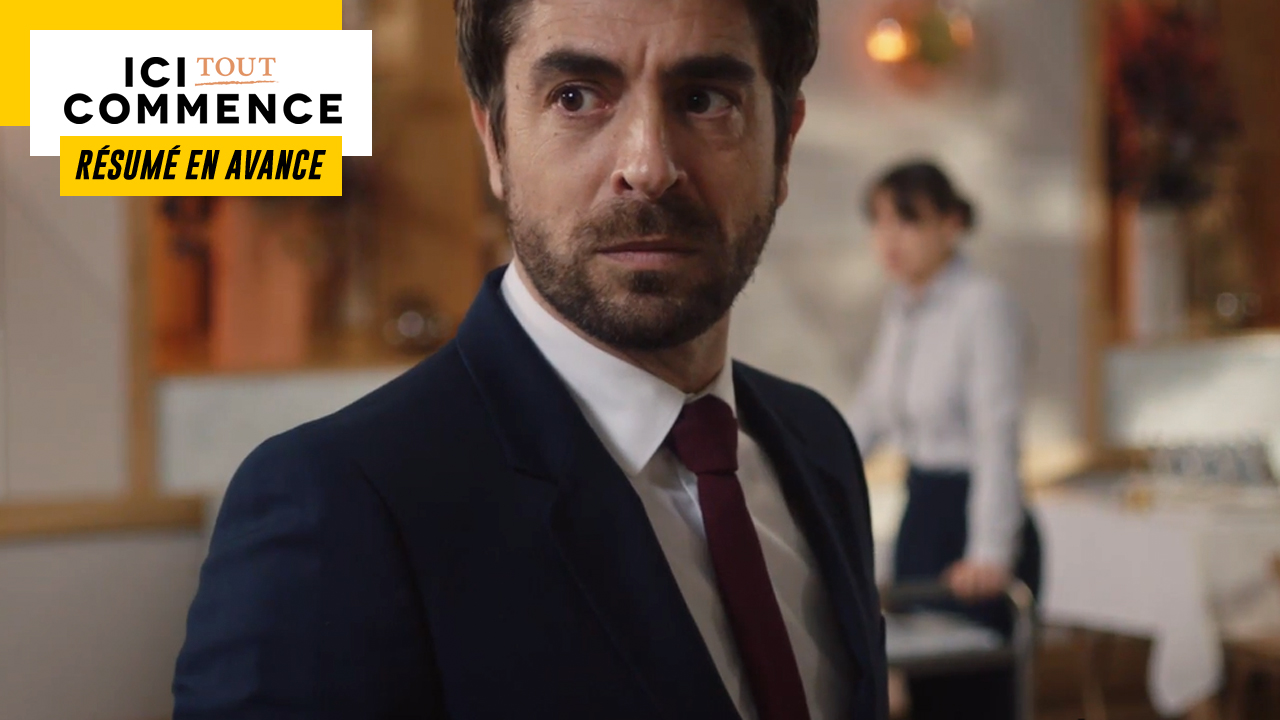 In the next episode of “Here everything begins”… While Jasmine plays a decisive role in the breakup of Lisandro and Anaïs, Ambre has made her choice. At the same time, Souleymane comes to the aid of Deva.

Tuesday, February 22 in Here it all begins…

Anaïs has ended her relationship with Lisandro. The next morning, she prepares her suitcases to return to live at the boarding school. For his part, the head of the room, who is in love with her, cannot believe that they are separating. If he recognizes that they are not in agreement on his way of militating, Lisandro however thinks that this does not deserve such a definitive measure. Only, Anaïs tells her that these subjects are close to her heart and that she doesn’t appreciate the way she takes it on high every time they talk about it. As they no longer understand each other, the young woman takes her things and leaves.

Later, Lisandro confides in Rose about his breakup with Anaïs. Antoine’s companion then makes him understand that she is above all his companion and that he must stop brandishing his status as a teacher vis-à-vis her. All not being lost, Rose advises him to show support in the intimacy, to take an interest in her and to stop judging her.

Back at the double A, Lisandro asks Anaïs to assist him with the first-year cutting exams at the end of the day. Since they have just separated, she urges him to seek Salomé’s help instead. Lisandro therefore admits that he treated her more like a student than his girlfriend. Basically, he respects her convictions and even finds it admirable that she fights. Also, he would like her to give him a second chance to prove that he supports her. To do this, Lisandro has also changed the test. Instead of cutting meat, students will have to cut vegetables. Touched, Anaïs finally agrees to assist him. Right after, Lisandro invites her to spend the evening with him and Esteban but Anaïs still needs a little time to see things through.

While changing in the locker room, Anaïs tells Salomé that Lisandro has apologized to her. When the latter tries to find out if she intends to get back together with him, Jasmine intervenes to say that she thinks it’s a bad idea because their teacher hasn’t stopped giving her the headache. While Anaïs affirms that he is ready to make an effort, Jasmine believes that Lisandro is emotionally blackmailing her. Anaïs, who is annoyed, therefore points out that he is her companion and that it is up to her to make the decision.

Once everyone has left the locker room, Jasmine breaks into Anaïs’ locker and then retrieves a bunch of keys. Subsequently, she joins Lisandro and makes him believe that Anaïs sent him to return it to her. And to add that her comrade did not have the strength to do so because she needs to distance herself.

Injured, Lisandro decides to change the first-year test again to return to cutting meat. However, Jasmine can’t do it because the smell bothers her terribly. Seeing her friend at the worst, Anaïs begs Lisandro to stop this ordeal but the latter replies that she has no say in the tests, neither now nor ever. While she tries to find out what he’s playing, Lisandro brutally takes her by the arm but Anaïs doesn’t give up then says that their story is over for good this time.

AMBER HAS MADE HER CHOICE

Since Solal wants to live an exclusive relationship, Amber is totally lost. Unfortunately, she will have to make a choice because Solal refuses to share her with another man.

Later, Tom finds Amber in the commissary and asks why she hasn’t replied to his messages. Insofar as she replies that she did not have time, the young man does not believe her, especially since she has been avoiding him for several days. In front of his request, Amber asks him to stop.

At worst, Amber gives herself up to Célia. Happy to share this freedom with Solal, she never realized that this relationship made him unhappy. While she’s sure he’s her soulmate, she also knows that exclusive relationships aren’t for her.

Subsequently, Amber makes an appointment with Tom and Solal at the salt marshes. Polyamorous for a long time, she knows full well that this will never change. Although she would love for the two young men to feel the same as her, she is aware that this is not the case and that she must accept it. This is why she decided not to impose anything on them and to let them choose. Unfortunately, Solal can’t take this situation anymore and Tom doesn’t feel able to continue their story.

For the assessments that will take place the next day, Chef Landiras invites his students to think about an alcohol-based dessert. Exit the boring rum baba and other black forests, the professor wants new combinations of tastes and flavors. An exercise that does not really thrill Deva. As Greg has fun teasing her about the fact that she doesn’t drink alcohol in relation to her religion, she makes him believe that she drinks it from time to time and that she has even made desserts with it.

Shortly after, Deva joins Souleymane in the vegetable garden and tells him that she has never had a drop of alcohol in her life because the smell disgusts her. To help her, the son Myriel offers her a tasting in the hope that she finds inspiration. Subsequently, Deva therefore chained the shots of alcohol. As she begins to feel dizzy, Souleymane puts an end to the tasting to prevent her from getting sick. Tipsy, Deva then confides in Souleymane that she dreamed of him and were celebrating Holi, the festival of colors in India. But the young woman does not have time to tell him more because she has fallen asleep.