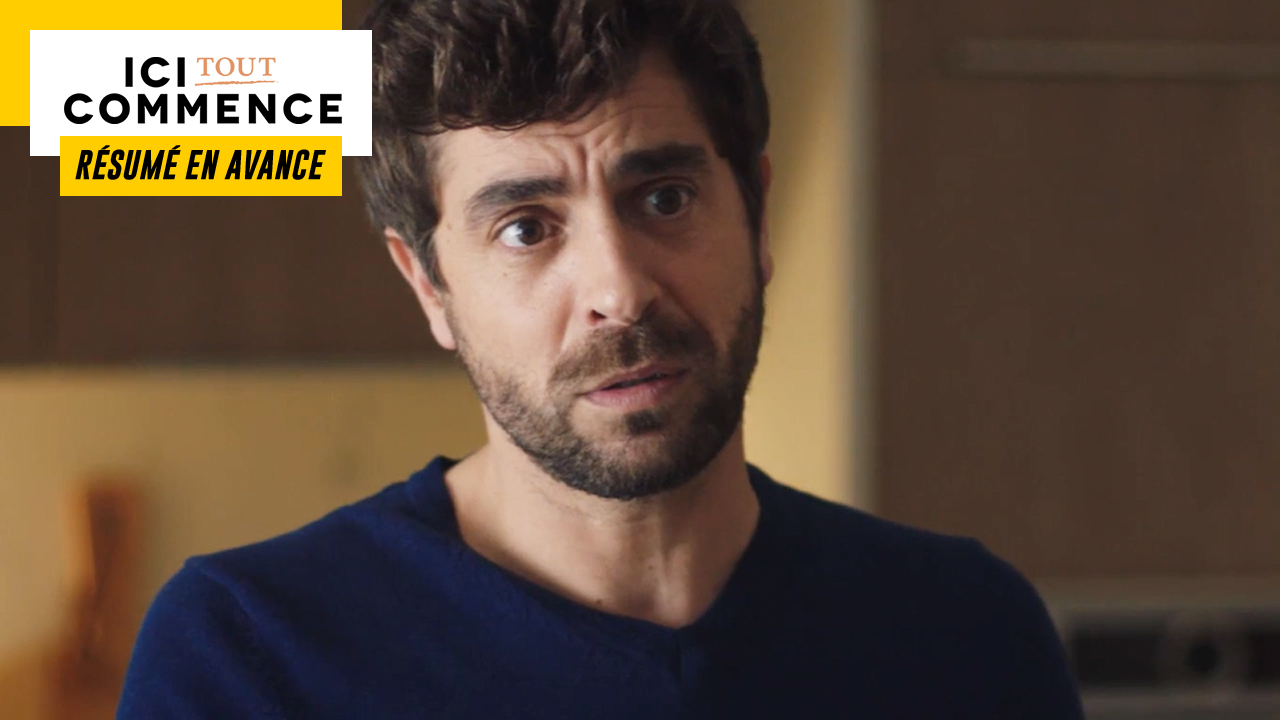 In the next episode of “Here it all begins”… While Anaïs receives no support from Lisandro, Guillaume struggles to find a place for himself with the Rigauts. At the same time, Theo makes a big decision.

Monday, February 21 in Here it all begins…

ANAÏS RECEIVES NO SUPPORT FROM LISANDRO

The atmosphere is particularly tense at Lisandro and Anaïs. Indeed, the latter is angry with his companion for having voted against his project of a vegetarian menu two days a month at double A. If he affirms that it was not against her, the head of the room refuses however to take the hostage customers and prefers that they have the choice of the menu. Unfortunately, the tone rises quickly and Anaïs leaves, slamming the door.

Meanwhile, Jasmine finds it hard to accept that the teaching team has rejected their project. While Eliott thinks that it is already a good thing to have managed to make the students think about the subject, the young woman would have preferred something concrete. In addition, Jasmine hoped for two days off per month to avoid having to cook meat.

Later, Lionel and Jasmine say they are ready to fight but Anaïs, who is much more realistic, encourages them to turn the page instead. Certain that she changed sides because of Lisandro, Lionel makes her understand that her affair with him cannot work if he does not support her on such a subject. When he insinuates that she should leave him, Anaïs retorts that she will never do such a thing before telling him to mind his own business.

However, she later confides to Salomé that she is less and less in osmosis with Lisandro. She is certainly angry with him for not having supported her, but she is also tired of him lecturing her by infantilizing her. When Salomé tries to find out if she is still in love with him, Anaïs replies that she no longer knows.

Shortly after, Tom and Charlène bring vegetarian petits fours to Anaïs and Jasmine as a token of reconciliation. Tasting it, Jasmine immediately spits it out because there is actually meat in it. As she is about to vomit, Charlene and Tom start laughing.

Furious, Anaïs calls them idiots then joins Lisandro to tell him what happened. As he only intends to have a discussion with his students, Anaïs believes that this is not enough. She may point out to him that this is an assault, Lisandro, sees this as a bad joke and has no intention of punishing them.

Not far from there, Jasmine still has the taste of meat in her mouth and does not understand why she had such a strong reaction. She rejects meat so much that she fears she will never be able to cook it again.

At the end of the day, Anaïs returns home. Once he admits that the situation was a bit complicated between them, Lisandro is confident that this dispute will eventually pass. Only, Anaïs knows that it is deeper than that and tells him that it would be better if they separated.

GUILLAUME HAS TROUBLE GETTING A PLACE WITH THE RIGAUTS

At the Rigauts, there’s a line in the bathroom. Indeed, Kelly hangs out in the shower which risks putting Guillaume late. When he can finally access the room, there is unfortunately no more hot water. At work, Guillaume tells Antoine that he is having trouble finding his place with the Rigauts. He then advises him to impose himself a little more.

Back home, Guillaume notices that the portion of tiramisu he had brought for Laetitia is no longer in the fridge. As Kelly probably ate it, he gets annoyed and signals to his companion that the young woman should realize that he also lives here.

When Kelly comes back, Guillaume sets things straight with her. According to him, if they do not respect each other, cohabitation will not work. Kelly therefore apologizes to him for the tiramisu but specifies however that he could speak to her in another tone. Seeing the tone rise, Laetitia declares that it is useless to send cowries to the head. She then offers to pay attention to each other by communicating and respecting each other, which they accept.

Theo looks at family photo albums. As his mother asks what made him want to watch this, the young man replies that he plans to have a baby with Marta. Although surprised, Constance assures her son that they will be there to help them. Touched, Theo however indicates that it will not be for now because Marta has endometriosis. Insofar as she can see that something is bothering him, she tries to find out if he really wants this child. Theo then admits that he is afraid to spend his life with the same woman. For Constance, it’s good that he asks himself this kind of question before starting a family.

For her part, Célia confides in Hortense that she has planned to sleep with Théo today. Even if she is overexcited, the Gaissac girl is also scared to death because she is not used to short stories. Hortense wants to be reassuring then promises to keep the secret. Later, Theo joins Celia at the salt marshes. A little stressed, they end up kissing and sharing an intimate moment.

At the end of the day, Marta finds Theo in the kitchen. Having the impression that he has been distant since their discussion, the Teyssier son explains that he needed time. Very in love with her, he then tells her that he really wants to have this baby with her.