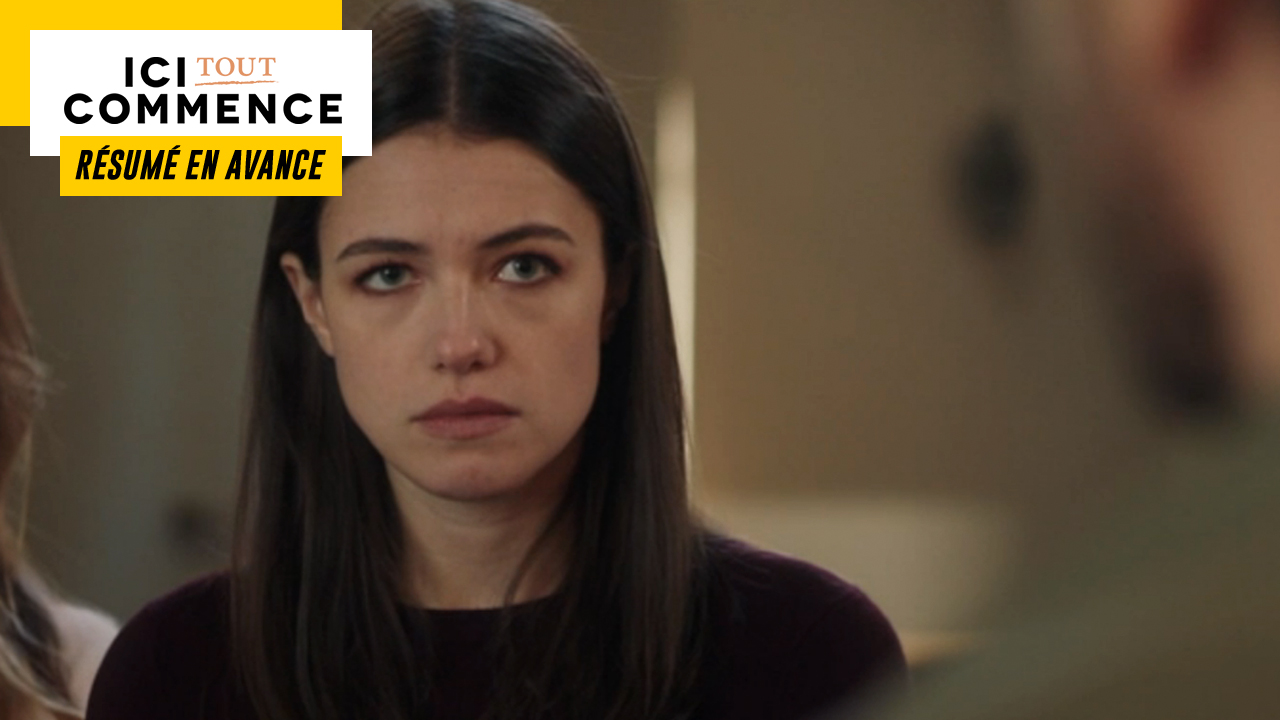 In the next episode of “Here it all begins”… While Lisandro’s vote is crucial, Kelly surprises her mother in the middle of a frolic. At the same time, Marta makes an important proposal to Theo.

Friday, February 18 in Here it all begins…

Relations are strained between Anaïs and Lisandro because the latter is angry with her for having had to search the locker room of one of his students to cover her up. She may well apologize to him for having put him in this situation, Lisandro fears having serious problems if this story were to come to light. Little proud of herself, Anaïs promises that it won’t happen again.

Meanwhile, Clotilde would like to punish Anaïs for throwing the meat in the trash. Although she is convinced that Charlène told the truth, Antoine points out to her that Mehdi has contradicted this version and thinks that it would be better to forget this whole story. Since chef Armand refuses to throw in the towel, Antoine then proposes to tell the students that they will not be sanctioned provided that the vegetarians come back to cook meat.

Later, Antoine informs Anaïs of this compromise and asks her to be convincing with her comrades. As she is ready to resolve it because Lisandro wants her to stay in the background, Jasmine intervenes and enjoins her not to put her convictions in the closet for love.

Shortly after, Anaïs therefore brought together a few students to continue to lead the fight and wanted to obtain that the double A card be entirely vegetarian two days a month. When Antoine announces that the institute has broken its contract with the slaughterhouse, Anaïs informs him of their demands.

Unable to promise them anything, Antoine joins Clotilde and sends her the request of their students. Only, this one begins to be fed up with their whims and refuses. Antoine therefore proposes to organize a survey to assess whether their opinion is in the majority within the school. If she accepts this idea, Clotilde warns him however that it is the teaching team who will decide.

The survey is quickly put online and creates many debates among the students of the school. While 78% of students are in favor of introducing a vegetarian menu, the teaching team is much more divided. Indeed, Antoine and Zacharie agree with the opinion of their students, unlike Clotilde and Claire. Insofar as he has not yet voted, Lisandro must decide between them and finally votes against.

KELLY CATCHES HER MOTHER HAVING

At the Rigauts, Kelly and Lionel kiss passionately on the sofa. When they are about to take the next step, Kelly stops suddenly because she is afraid that Laetitia and Guillaume will return unexpectedly. Now that she lives under the same roof as the assistant principal, she fears that he hears them or worse that he surprises them in bed.

A few hours later, Lionel and Kelly return for lunch. As they come across clothes scattered all over the apartment, they also hear Guillaume and Laetitia frolicking.

In the afternoon, Kelly checks in with them. Even if Guillaume guarantees that it will not happen again, Laetitia points out that the walls are thin and that the bed squeaks. Also wishing to have quiet moments with Lionel, Kelly therefore imagines a rotation system. However, Laetitia, who is at home, rules out making an Excel table to find out when she can have sex with Guillaume.

Marta is still upset to know that Celia has her sights set on her boyfriend. As they have been together for a long time, she fears that Theo will be bored with her and that he will want to go elsewhere. For his part, Theo affirms that this is not the case then declares that he loves her and that he is happy with her. And to clarify that Célia is not the weight.

During the lunch service, Théo gives a hand to Célia who has fallen behind in her preparation. Troubled, the two leaders chain the clumsiness, which does not escape Charlène who hastens to tease her brother. Théo does try to deny any interest in his friend, but Charlène remains convinced of the contrary.

At the end of the service, Théo admits to Célia that it is starting to become complicated for him to be in the same room as her and that it is more and more difficult for him to remain normal in her presence. Realizing that he also wants her, she suggests that they sleep together once to relieve the pressure. After Theo accepts, they meet the next day to take action.

Subsequently, Marta confides to Theo that she would like to have a baby with him. Theo, who wasn’t really expecting this, is taken by surprise and doesn’t really know how to react. If she recognizes that it’s a bit sudden and that they are very young to embark on this kind of project, Marta specifies that she has however thought about the question well. Also, it might take some time since she has endometriosis. In any case, Marta does not demand an answer immediately but simply wants him to think about it.