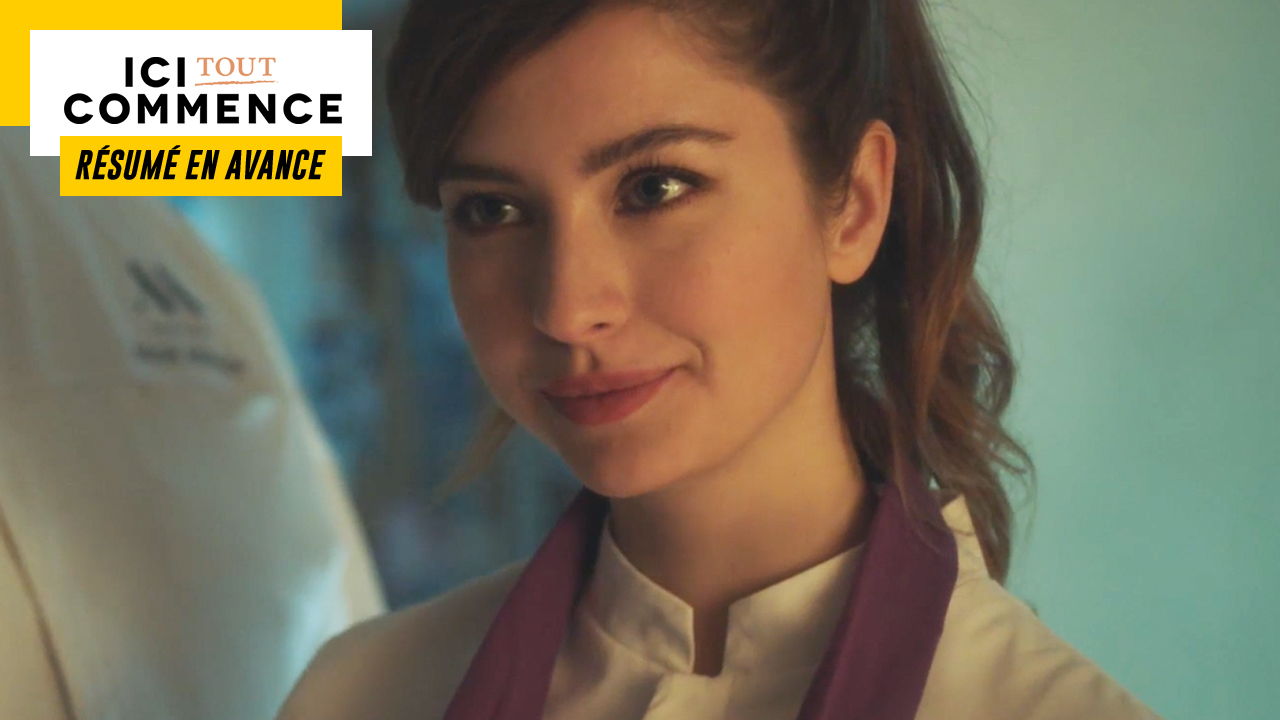 In the next episode of “Here it all begins”… While Charlène discovers Anaïs’ secret, Solal traps Tom. At the same time, Stella is back at the salt marshes.

Wednesday, February 16 in Here it all begins…

After discovering the stock of meat in the institute’s garbage cans, Antoine and Clotilde summon the students before the start of class to ask the person in charge to take responsibility for his actions by denouncing himself. If they immediately suspect Anaïs, Jasmine and Lionel of being the authors of this mess, the three students deny the facts. Clotilde therefore promises to find the culprit.

The latter summons Lionel later. Indeed, Marta would have seen him come out of the cold room shortly before the facts. According to the Lanneau son, he was preparing a cake for Kelly for Valentine’s Day but the chef Armand struggles to believe him unlike Antoine who found him sincere.

Lionel then joins Anaïs and Jasmine to tell them everything. Convinced that no member of their group would have sought revenge without having told the others, the three apprentice leaders believe that Charlene and her gang are responsible for all this. In order to avoid making matters worse, Anaïs advises her comrades to be forgotten and not to get involved in this story.

Meanwhile, Theo informs Clotilde, Claire and Lisandro that he was unable to order meat urgently for the evening service. As a result, chef Armand has no choice but to put fish, seafood and a few vegetarian dishes on the menu.

In the evening, the restaurant opens its doors. Unfortunately, a man came especially to taste the deer and therefore prefers to leave. And he won’t be the last. A fiasco for the Auguste Armand Institute which quickly received many negative comments on the net. Certain that this whole story will cost the establishment dearly, Clotilde blames herself for having listened to Lisandro and for not having left the restaurant closed.

At the end of the service, Anaïs joins the locker room and hastens to put things in her bag. Faced with her strange attitude, Charlène tries to find out what she is hiding. While Anaïs replies that it is none of her business, the Teyssier girl grabs the bag and discovers an apron stained with blood. Sure that her classmate has destroyed the meat stocks, Charlène says that chef Armand will be delighted to learn about it.

At the salt marshes, Amber invites Tom to spend the evening at the cinema. However, this one cannot because he took an extra to make some money. As Amber is finally free for the evening, Solal offers her to spend it together. What she accepts.

During chef Guinot’s class, Tom receives many messages from a certain Roxane. He may affirm that he does not know this person, Amber does not believe him. If she sees no problem with him seeing other women, she does not support the lie.

Back home, Amber struggles to hide her disappointment from Solal who comforts her. He then points out to her that not everyone is made to have their kind of relationship and then advises her not to be manipulated by this loser any longer before promising to take care of her. Touched, Amber thanks him and declares that he is finally the only one to understand her.

After sharing a moment of intimacy, Amber discovers a second phone in Solal’s belongings and learns that he is pretending to be Roxane. Back to the wall, the young man admits having sent anonymous messages to Tom because he felt he was losing her.

STELLA IS BACK AT THE SALT MARSHES

Stella is back at the salt marshes. Without news of her sister since she kicked her out and unable to bear living without a connection to her, she returned to Calvières in the hope of arranging things. Unfortunately, Gaëtan informs her that Noémie has chosen to sell click & collect and that she intends to leave the region.

Without waiting Stella goes to see Noémie to have an open-hearted discussion with her. Although angry, chef Matret nevertheless indicates that she is seriously considering stopping the kitchen. Understanding that all this is her fault, Stella tries to dissuade her by declaring that it would be a shame if she left everything after having put so much energy into building her career. Annoyed, Noémie clarifies things and adds that she has no explanations to give him about the way she leads her life.

Subsequently, Stella, who is upset, finds Gaëtan. Very much in love with Noémie, he is terribly angry with himself for having ruined everything for nothing. Insofar as she agrees, Stella refuses to let her sister crash everything like this. If she does not yet know how to go about it, she nevertheless guarantees to achieve it.

At the end of the day, Gaëtan begs Noémie not to leave. But she can’t stand this place anymore. He repeats that he is terribly angry but Noémie, who knows this, replies that it does not change anything. When he asks if he destroyed her to this point, she retorts that Teyssier had already started well then that Stella and him finished the job.