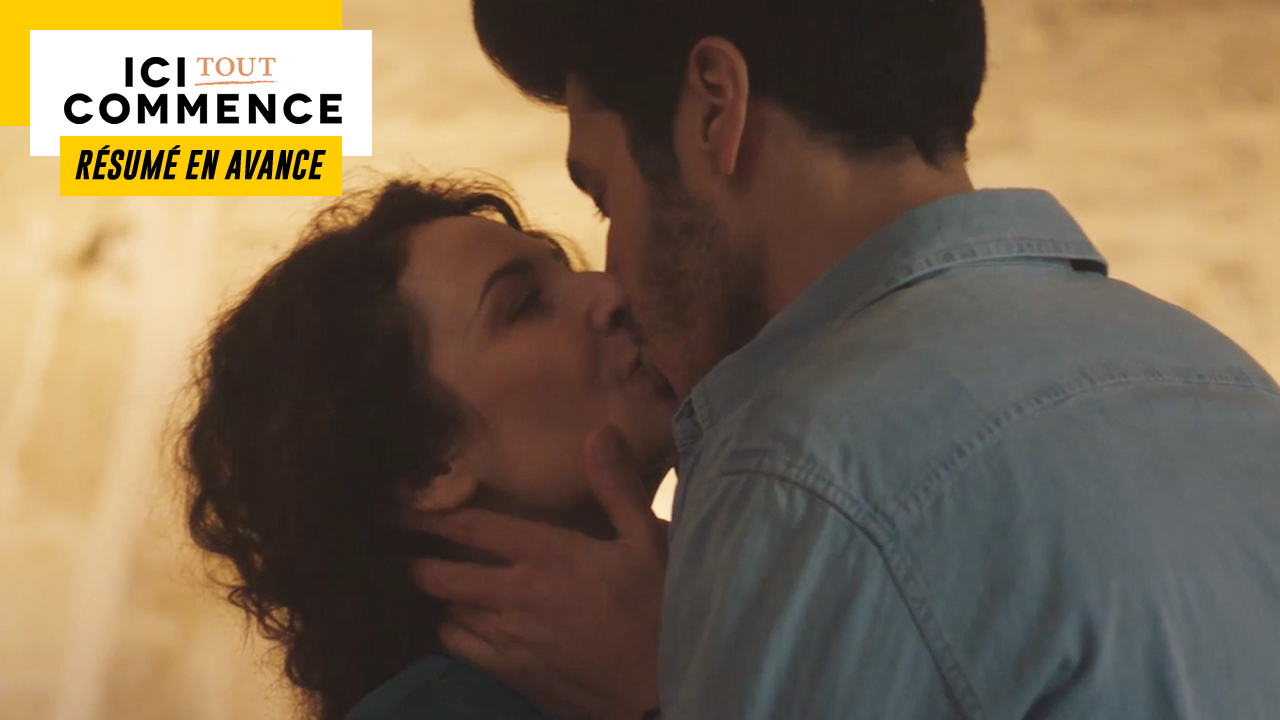 In the next episode of “Here it all begins”… While Clotilde and Joachim succumb to temptation, Marta discovers the truth. Anaïs has not said her last word.

Wednesday, February 9 in Here it all begins…

CLOTILDE AND JOACHIM SUCCOMB TO TEMPTATION

Clotilde dreads going back to class now that her students know the truth. Joachim then advises him to take his day off to take his mind off things and offers to accompany him. Although she hesitates, Clotilde ends up accepting.

For his part, Guillaume is in a loop on Joachim, which amuses Laetitia who teases him by telling him that she will end up being jealous. Only, Guillaume does not take anything as a joke and reminds him that all this is his fault. Since he is angry to have been kicked out of his house by his wife’s lover, Kelly’s mother wonders if he still has feelings for Clotilde. After saying no, Guillaume goes to work.

Not far from there, Joachim has rented a vintage car to spend the day with Clotilde. An idea that does not please Marta very much, who reminds her brother that Chief Armand does not deserve so much attention given the harm she has done. Worried for him, she therefore advises him to be on his guard.

At the same time, Clotilde thinks it’s a bad idea to spend the day with Joachim. Indeed, she does not want to appear publicly with her former lover for fear of gossip but above all of making Guillaume suffer. For Rose, she must above all think of herself. Insofar as it makes her feel good to be with the young man, Rose then advises her to go for it to see where this story will take her.

Shortly after, Clotilde joined Joachim on leaving the institute. Unfortunately, Guillaume surprises them and says to his wife that he finds her pathetic. Refusing to hear more, the latter gets into the car to cut the conversation short. For his part, Joachim encourages Guillaume to move on, but the deputy principal does not intend to let him lecture him.

Even if she appreciates everything he does for her, Clotilde has a hard time letting go. Joachim therefore gives her the wheel of the car so that she can concentrate on something other than her problems. Immediately, Clotilde smiles again.

During this time, Kelly and Lionel surprise Guillaume leaving Clotilde’s with a bag of business and judge his behavior rather strange.

At the end of the day, Clotilde and Joachim return to the institute. Happy, chef Armand thanks him for this moment which did him a lot of good. The couple ends up exchanging a kiss before heading to the sofa to share a moment of intimacy.

After making an indecent proposal to Theo, Célia feels terribly humiliated. As she wonders how she will do now to work with him, Hortense and Eliott assure that he will be much more embarrassed than her. Despite everything, Eliott believes that Theo is attracted to her but that he doesn’t dare admit it to himself because he is in a relationship with Marta. At the same time, the latter overhears their conversation and asks to speak alone with the Gaissac girl.

Without waiting, Marta tries to find out how long she has had her sights on her boyfriend. Once she explains that what she feels for Théo is purely physical, Célia clarifies that there was never anything between them. Furious, Marta ordered her not to approach him anymore.

During the lunch service, Marta confronts Théo who replies that Célia does not please him and that he feels no sexual attraction towards her. To be reassured, Marta would like him to remove Celia from his brigade, but he indicates that it is impossible. On the other hand, he promises her that nothing will ever happen with her.

Later, Celia apologizes to Theo for what she told him. This one having trouble understanding why he attracts her today when they’ve been together for a year, Célia replies that with Jeremy, she didn’t see the other men. As she keeps looking at him, Theo begs her to stop. According to him, Auguste Armand does not lack men who could satisfy his impulses, but the Gaissac girl only wants Theo. Despite everything, she is certain that her desire for him will eventually disappear and guarantees to keep strictly professional relations with him. For his part, Theo seems in turn disturbed by his comrade.

ANAÏS HAS NOT SAID HER LAST WORD

Anaïs would like to know if Antoine was able to find out about the establishment’s meat supplier. This indicates that the slaughterhouse is checked regularly and that everything is in order. The video may prove that the animals are mistreated, Antoine thinks that the images come from another slaughterhouse and does not want to change supplier for nothing.

Subsequently, Anaïs is with Lionel and Jasmine to inform them of the situation. Excluding giving up, Anaïs therefore posts the video on the institute’s Whatsapp group in the hope of raising awareness. Quickly, the images go around the school. Deeply shocked, Salomé and Enzo have the impression of participating in this massacre and no longer want to close their eyes.

After catching them watching the video, Antoine shows it to Lisandro. Even if he understands her commitment and her approach, Antoine does not want Anaïs to wreak havoc. That’s why he asks Lisandro to have a chat with his girlfriend.