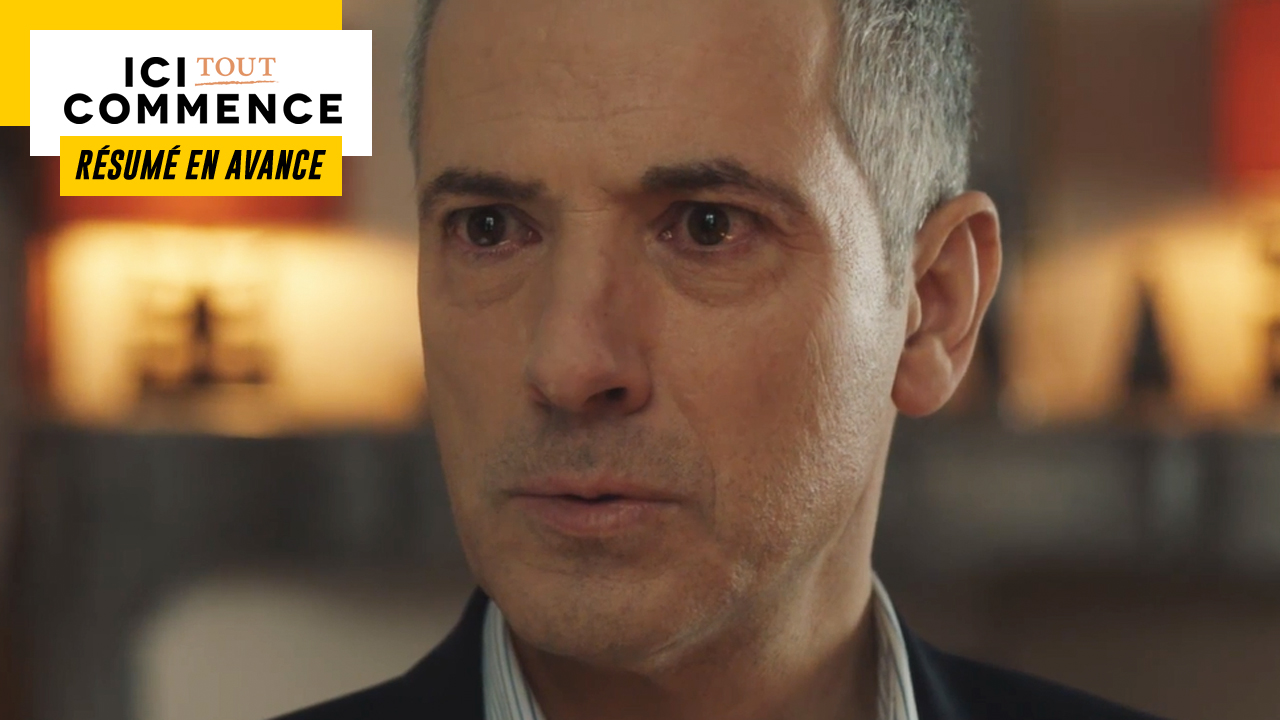 In the next episode of “Here it all begins”… While Joachim’s return does not please Guillaume, Tom is jealous. At the same time, Célia makes an unexpected proposal to Théo.

Tuesday, February 8 in Here it all begins…

Abandoned by the man she loves in favor of Clotilde, Laetitia had only one thing in mind: to fight to win back Guillaume. This is why she had the idea of ​​bringing Joachim back to the institute. Unfortunately, Guillaume is terribly angry with her for having brought back the man who broke up her marriage. If Laetitia reminds him that he separated from his wife, Guillaume indicates that this does not change anything about what he did to her then specifies that it is out of the question that he stays.

Shortly after, Clotilde meets Joachim at the library but their reunion is interrupted by Guillaume who summons the young man to leave them alone. Furious, he reproaches his wife for having no dignity by strutting around so quickly with her lover.

Angry, he then arrives in Antoine’s office and demands the immediate dismissal of his rival. As he only puts forward personal arguments, the principal wants to know if his colleague still has feelings for his wife. Although their love story is over, Guillaume confides that he can’t bear to see Clotilde happy when she destroyed him with all her lies. He therefore refuses that she gets off so easily and that she moves on as if nothing had happened. Even if he understands the situation, Antoine points out to him that firing Joachim is not the solution.

Not far from there, Laetitia goes to Clotilde’s class to distribute proof of payment to the students. An intrusion that does not please Marta and Charlène who do not hesitate to make her understand that she has nothing to do here after what she did to chef Armand. Faced with the ambient unease, Clotilde ends up telling her students that Laetitia did nothing because she was not pregnant. Ashamed, Clotilde then leaves the course to join her sister. When she meets Guillaume, she tells him that Laetitia humiliated her in front of her students. However, the deputy headmaster feels no pity for her and is very harsh in saying that she only gets what she deserves.

Later, Joachim agreed to move in with Clotilde for the duration of the works. Warned by Marta of the situation, he mentions his false pregnancy. While she fears that he will take her for a madwoman, the young man assures the opposite and imagines that she was very unhappy to come to this. Certain that her husband hates her, Joachim points out that for a marriage to end it takes two.

Their exchange ends when Guillaume bursts in to talk to his wife. But when he discovers Joachim in the living room, he flies into a rage and says to Clotilde that he would like her to show a little more respect. When she retorts that he has chosen to leave, Guillaume grabs her by the arm but Joachim intervenes and then summons him to leave.

At the salt marshes, Solal can no longer bear Tom’s presence. Convinced that they will end up liking each other, Amber encourages her boyfriend to make efforts for the well-being of all. So as not to offend her, he accepts.

Amber, who is determined that the tensions subside, joins Tom at the institute and urges him too to do his part. Even if he prefers to ignore her to avoid confusion, Tom nevertheless promises to try for her.

Later, Tom would like to spend the evening with Amber but she has already planned to stay in Solal’s arms. After overhearing their conversation, Salomé then questions Tom about his relationship with Amber. The latter then confides that he has trouble managing the concept of polyamory because of his ego. Salomé therefore advises her to be wary of Amber to avoid suffering.

For the double A spring menu, Theo will need some spices and aromatic herbs and contacts Souleymane who undertakes to see what he can do. Célia, who is present, keeps devouring the Teyssier son with her eyes, which does not escape Hortense.

The latter puts Eliott in the confidence. If she admits that she finds Théo sexy, the Gaissac girl knows full well that it will never happen because he has a girlfriend. Moreover, Celia refuses to ruin a couple when she has no feelings. Still, Eliott feels his hormones don’t care about his sorority and is sure they’ll crack.

At the end of the service, Théo congratulates Célia on her excellent work and she takes the opportunity to make him an unexpected proposal. Certain that there is sexual tension between them, she would like them to sleep together to get rid of it once and for all. Unfortunately, Theo feels nothing of the sort towards her and then tells her that he doesn’t like her at all. Hurt, Célia says that he could have simply said no to her, but Théo retorts curtly that she just had to remember that he had a girlfriend.