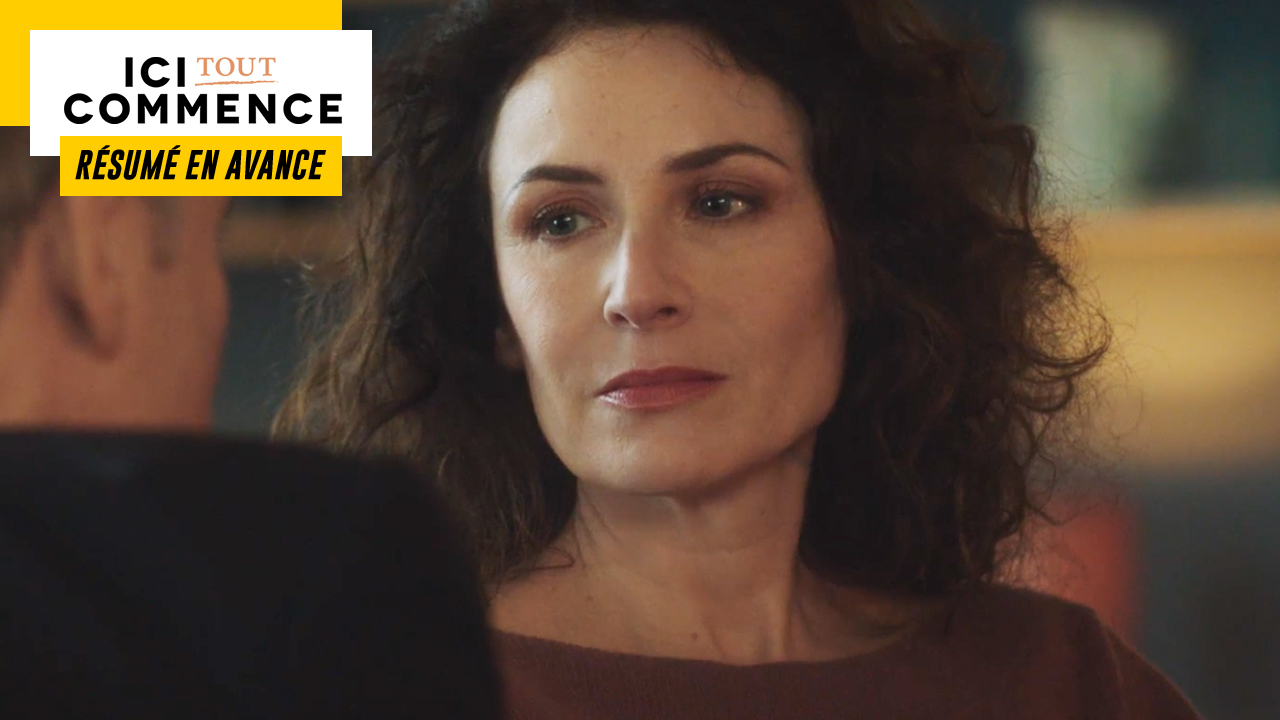 In the next episode of “Here everything begins”… While Clotilde and Laetitia come to blows, Louis plots against Teyssier. Nael is lactose intolerant.

Thursday, February 3 in Here it all begins…

CLOTILDE AND LAETITIA COME TO FIGHT

Suspecting her sister of lying about her pregnancy, Rose goes to Clotilde’s house and asks her if she is really pregnant. Defensively, she reminds him that she was there when the test result came out. Despite everything, Rose knows full well that they are not 100% reliable and finds it strange that her sister did not want her to accompany her for the ultrasound. Clotilde then claims to have preferred to be alone in case the doctor had told her that the baby’s heart was no longer beating. Uncomfortable, Rose apologizes to him for having thought such a thing.

For her part, Laetitia tries to understand what she did wrong to make Antoine want to fire her. After acknowledging that she was doing a very good job, he says that he is not happy to fire her. While he tries to justify himself, Laetitia declares that he is destroying his life to facilitate that of Guillaume. When the latter intervenes to say that he has found another job for him, Laetitia refuses him. Appreciating her work at the institute, the young woman intends to stay whether she likes it or not. Once alone, Antoine tells Guillaume that he no longer wants to hear about this story and that they must now leave their colleague alone.

Later, Clotilde meets Laetitia in the hallways and the tone rises quickly. While chef Armand is jubilant that her husband has finally chosen her, Laetitia accuses him of having manipulated him to achieve his ends, then says that if she hadn’t been pregnant, he would have dumped her already. Words that do not please Clotilde at all, who violently slaps her rival before calling her names. In turn, Laetitia pushes Clotilde who falls down the stairs. Instead of helping him get up, Laetitia panics and flees.

Not far from there, the students are waiting for Clotilde to start the cooking class. Seeing Guillaume, Amber calls out to him to tell him about the situation. He therefore tries to call his wife but falls directly on his answering machine.

As Clotilde cannot be found, Antoine, Rose and Guillaume are worried. When they are about to warn the gendarmerie, Clotilde ends up going home. She tells her family that she was in the hospital because she had a miscarriage before specifying that it is Laetitia’s fault if she lost the baby.

Furious, Guillaume confronts Laetitia who confesses to having pushed Clotilde after she slapped her. Guillaume then tells him that his wife had a miscarriage through his fault and makes her responsible for the death of his child. Angry, he summons her to leave the institute.

Back home, Guillaume takes great care of Clotilde and promises her that she won’t meet Laetitia again, even if he puts her out by force. As she is afraid that he will return with her, Guillaume retorts that he will never forgive her for what she has done to them, then swears that he will do everything to rebuild them together.

Charlene hasn’t heard from Louis for a fortnight. Insofar as they are worried about her, Constance and Théo point out to her that it is time for her to turn the page. Only, Charlène is in love and cannot forget her. While they are talking, the young woman receives a message from her boyfriend that she hastens to join the salt marshes.

On the spot, Charlène is cold with him and reproaches him for having left her without news. However, the son Armand tells her that she betrayed him by bringing his mother the last time they saw each other. Although she acknowledges her wrongdoing, Charlene feels that it did not deserve such punishment. And to add that she has always believed in him. Now reconciled, Louis announces that he has found a second job in Lille as well as an apartment. Unable to do without her, he thinks it is better for him to come and see her at Calvières because he does not want his parents to suspect that they have contacted each other again. Indeed, he no longer wants anyone to meddle in their story.

Later, Louis calls Annabelle Cardone to whom he confirms that he will be in Lille the next day to provide the lunch service. When she asks him if he has seen his girlfriend, Louis confirms it then indicates that he told her that he had found a job as a second in Lille. Fearing that Emmanuel’s daughter will end up making the connection, Chief Cardone reminds Louis that no one should know that they are working together. Sure of what he is doing, Louis replies that he has no interest in screwing everything up. And to make sure he knows how important it is that they take Teyssier by surprise.

Naël is not in great shape. In addition to having vomited her bottle, her parents discovered many red patches on her body. So they decide to go see Constance to find out what it’s all about. The latter then tells them that Naël probably has a food allergy to cow’s milk and urges them to make an appointment with their pediatrician for a complete check-up. In the meantime, Constance encourages them to give him vegetable infant milk to relieve him.

Subsequently, Anaïs meets Greg and Jasmine in the park who tell her that Naël is lactose intolerant. When his friend explains that it’s a fairly common allergy in adults, Greg immediately thinks with humor that this is a new vegan invention. After asserting the opposite, she invites them to read articles on the subject.

Immediately, Jasmine inquires and is amazed at the production conditions of certain milks. According to Anaïs, some breeders also mistreat their animals. Words that annoy Greg who sees in it a vegetarian speech. However, the young woman is not and just pays attention to her meat consumption. On the other hand, she does not like the idea of ​​making animals suffer when other alternatives exist.