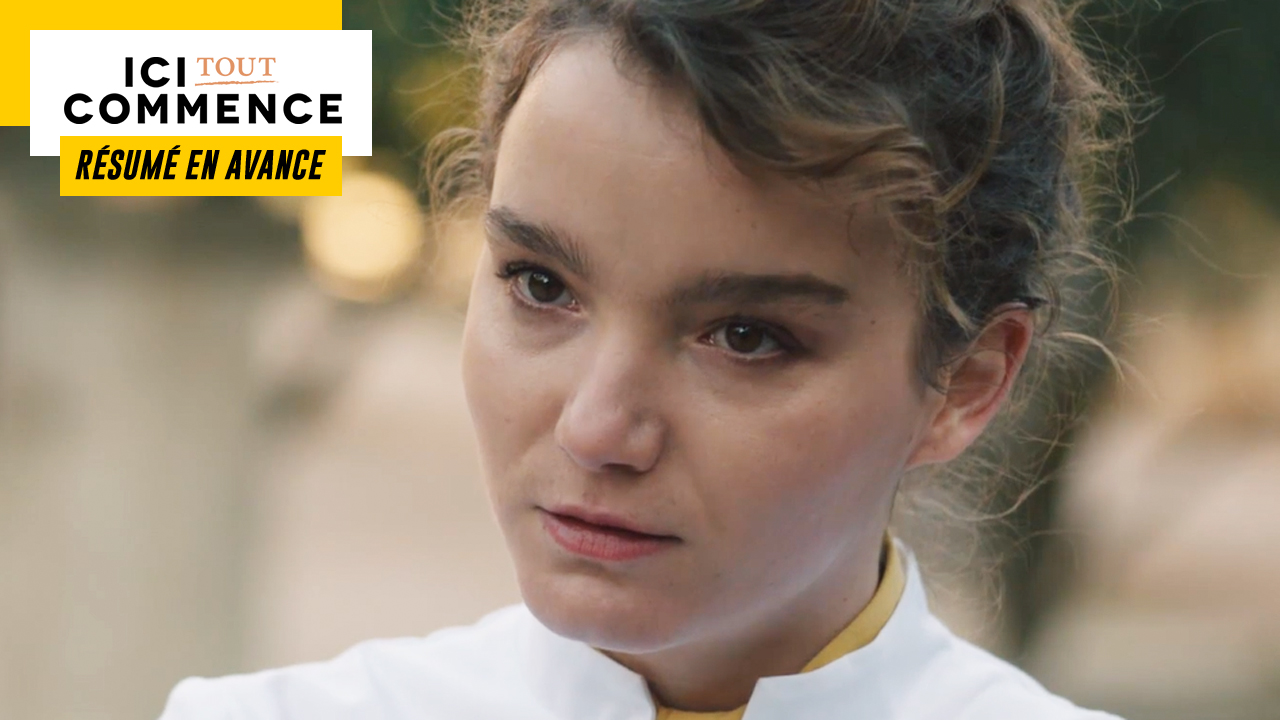 In the next episode of “Here it all begins”… While Kelly protects Clotilde’s secret, Souleymane discovers the causes of her unhappiness. At the same time, nothing is going well between Théo and Célia.

Monday, January 30 in Here it all begins…

Guillaume hasn’t slept all night and is waiting for the early morning to have a very delicate discussion with Laetitia. Wanting to be a father for the second time, he has no desire for his future child to be raised by separated parents. That’s why he puts an end to his story with her.

Without waiting, Guillaume moves back in with his wife. And if his breakup was difficult for him, Guillaume does not intend to backtrack. Indeed, the deputy principal sincerely wishes to give his marriage a chance and promises Clotilde that he will always be there for this child and her. For the rest, he intends to let time do its work.

Meanwhile, Laetitia is collapsed. She entrusts Kelly and Salomé that she has the impression that her heart has been torn out. While Salomé gives her support, Kelly shows no compassion towards her mother. Relieved that this story is finally over, the young woman encourages him to turn the page and move on.

Later, Clotilde meets Laetitia in the hope of easing the tensions between them. According to chef Armand, her affair with Guillaume tarnishes the image of the institute. As the students only talk about this, it becomes very difficult for the teachers to teach. And to add that the situation is complicated for Kelly who has to undergo remarks from her comrades every day. For the situation to work out, Clotilde sees only one solution: that Laetitia resigns and leaves the school. She even offers to find a scholarship for Kelly. Unfortunately, Laetitia does not intend to be bought, even less to quit her job.

In the afternoon, Rose apologizes to her sister for being so hard on her and then suggests that she go shopping for babies to take her mind off things. Uncomfortable, she declines, making him believe that it’s still too early to buy things at this stage of the pregnancy. By joining them, Constance quickly understands that her friend did not tell the truth to her sister.

The two friends then meet in the infirmary where Clotilde ends up telling her that no one is aware that the test was a false positive. In addition, she intends to continue to pretend that she is pregnant, until Guillaume realizes that they are made for each other. Even though she thinks she’s made a terrible mistake, Constance promises to keep it a secret. At the same time, Kelly arrives to treat the burn she got in the kitchen.

Shortly after, Clotilde is waiting for Kelly at the exit of the infirmary. Knowing full well that she overheard her conversation with Constance, Chef Armand would like her to say nothing to her mother until the situation is resolved with Guillaume. As she has no desire to see Guillaume and Laetitia get back together, Kelly agrees to keep quiet.

SOULEYMANE DISCOVERS THE CAUSES OF HIS ILL-BEING

Worried about his son, Antoine questions Deva about Souleymane. The latter then tells him that he had a real absence after smelling a leaf of India wood. Understanding what happened, Antoine thanks her and joins his son.

Later, Rose comes to hear from Souleymane who confides that he rarely thinks of his biological parents and that this made him think a lot about what he is going through here at the institute. Although he is interested in few things in life, the young man does appreciate working in the vegetable garden. In the midst of herbs and smells, he feels like he has found a part of himself.

At the end of the afternoon, Deva is with Souleymane in the vegetable garden. The latter does not want to talk about his family and prefers instead to act by planting a log tree at the institute. Deva doesn’t want to see him unhappy, so she helps him dig.

NOTHING IS GOOD BETWEEN THEO AND CÉLIA

Célia clearly did not appreciate that Theo fired her from the kitchens to make her work in the dining room. If she thinks he looks more and more like his father, Greg thinks on the contrary that it is normal for him to lay down the law in the kitchen. But Celia only has the name of Chief Cyrus in her mouth, which particularly annoys Greg and Eliott.

Subsequently, Celia serves a customer with a double A. Insofar as this one would like to have a little more sauce in his dish, Celia picks up his plate to bring it back to the kitchen. Along the way, she meets Anaïs and makes her believe that her client has indicated that his dish was too dry and that he was on the verge of having a fit. Anaïs then agrees to bring up the incident to Theo.

At the end of the service, Theo goes around the room and checks with the customer that he liked his meal. When Célia specifies that the customer was wondering if the dessert wouldn’t be more surprising with a chocolate ganache, the Teyssier son understands what his colleague is trying to do and apologizes to the customer for cooking his duck. However, the latter retorts that it is not necessary because his dish was delicious.

Immediately, Théo goes to meet Célia at the commissary to clear things up. While he reproaches her for having been disrespectful, Célia reminds him that he fired her without even keeping her informed. Theo therefore replies that he is the leader and that he manages his team as he sees fit. Far from getting upset, Célia says that he’s gotten a big head and that he’s become tyrannical since he’s been at the head of the double A. And when she implies that he looks more and more like his father, Theo lets her know that she is not ready to set foot in her kitchen again.