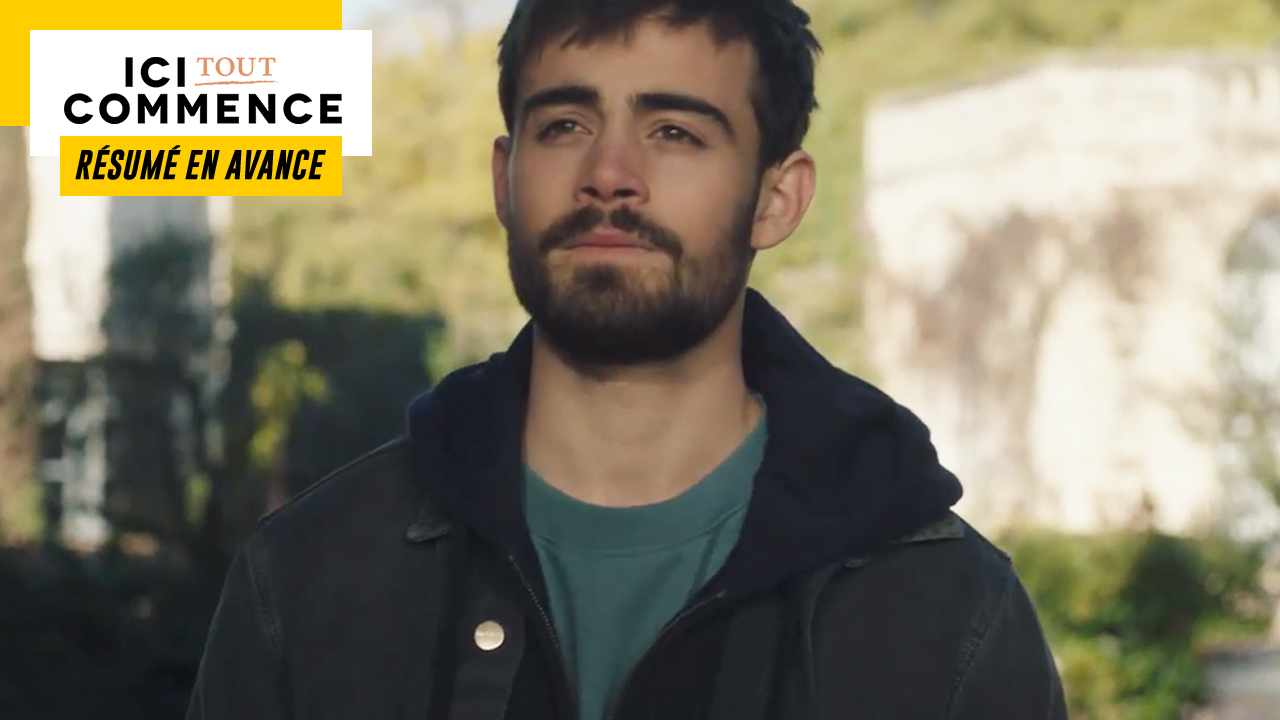 In the next episode of “Here it all begins”… While Maxime is leaving the institute, Clotilde announces the news to Guillaume. For her part, Amber is Kill Tom’s new target and Hortense breaks up with Mehdi.

Thursday, January 27 in Here it all begins…

It’s the big day for Maxime who is leaving the institute. After loading his things in his car, he asks Salomé to take care of her. Very moved, she declares that she does not regret having spent the night in his arms and that it was the perfect way to say goodbye. Happy to hear her, Maxime tells her how incredible it was to meet her. Even at 9773 kilometers, Salomé says he will remain in the top three of her favorite people. She then begs him not to forget her then hugs him warmly before they exchange a last kiss.

CLOTILDE ANNOUNCES THE NEWS TO GUILLAUME

Clotilde has made an appointment with Guillaume in the kitchens of double A. While showing him her pregnancy test, chef Armand announces to him that she is pregnant. Right after, she specifies that all this was not planned and that she did not want to trap him. Although she wants to keep her baby, Clotilde knows on the other hand that she will not have the strength to raise him alone. Only, Guillaume needs time to think. Hearing the students arrive in class, he hastens to throw the test in the trash before leaving.

Subsequently, Guillaume takes Antoine into his confidence. Still in shock, the deputy headmaster is lost and no longer knows what to do. The situation may be delicate, Antoine advises him not to wait too long to talk to Laetitia about it.

Meanwhile, Greg and Lionel discover the pregnancy test in the kitchen bins. Convinced that one of their classmates is pregnant, they decide to investigate to lift the veil on the identity of the future mother to the chagrin of Kelly who accuses them of meddling in what does not concern them. . When the young woman puts forward the idea that it is possible that it is not a student, Greg concludes that the test necessarily belongs to the chef Armand. Without waiting, Kelly hastens to report the news to her mother.

For her part, Clotilde confides to her sister that she is hopeful that this child will bring her closer to Guillaume and hopes to save their marriage.

Later, Lionel apologizes to Kelly who is no longer angry with him and hugs him. Upset, she tells him that she told her mother the truth about Clotilde’s pregnancy so that she realizes that her relationship with Guillaume makes no sense. As she is worried for her, Kelly would like this pregnancy to be real so that she stops seeing the assistant headmaster.

At the end of the day, Laetitia arrives in Guillaume’s office to obtain an explanation. The latter then indicates that his wife is pregnant and that he is totally lost, especially since he has always wanted a second child. When Laetitia asks him if he intends to get back together with Clotilde, Guillaume replies that he does not imagine this child growing up far from him.

At breakfast, Amber receives a message from Kill Tom. Furious that she tried to trap him, he swears to make her pay. The young woman being now his new target, Solal is particularly worried but she promises to be careful.

Later, Solal reminds Tom that his girlfriend takes a lot of risks for him. Amber being threatened, he therefore demands that he leave her alone. And to add that if anything happens to him, he will hold him personally responsible.

Tom then joins Amber at the commissary and tells her about the discussion he had with Solal. Even if he finds it adorable that she wants to help him, Tom refuses that she continues to put herself in danger. Only, she points out to him that she is old enough to make her decisions alone. As he tries to find out why she is doing all this for him, the apprentice chef retorts that her story touches her and that she likes him. As they are about to kiss, Jasmine arrives putting an end to their rapprochement.

Back at the salt marshes, Amber blames Solal for putting pressure on Tom. Believing that she is doing too much for a simple classmate, Solal wants to know if she likes Tom. After Amber replies in the affirmative, Solal is shown to be upset.

It’s been several days that Hortense no longer responds to Mehdi’s messages in order to give him some space. The young man, who is aware that he does not show her enough that he loves her, then suggests that she go on a romantic weekend to prove it to her. Unfortunately, Hortense knows that this will not be enough to reassure her and prefers to put an end to their story before hating him.

Warned by Hortense, Célia and Eliott find Mehdi in the kitchen and advise him to fight for the one he loves. Mehdi therefore joins Hortense in the park and affirms that she is the woman of his life. Insofar as he would like to do something to assure her of it, she enjoins him to organize the craziest Valentine’s Day in the world.