Here it all starts: “I decided to lose weight so that I could look more… 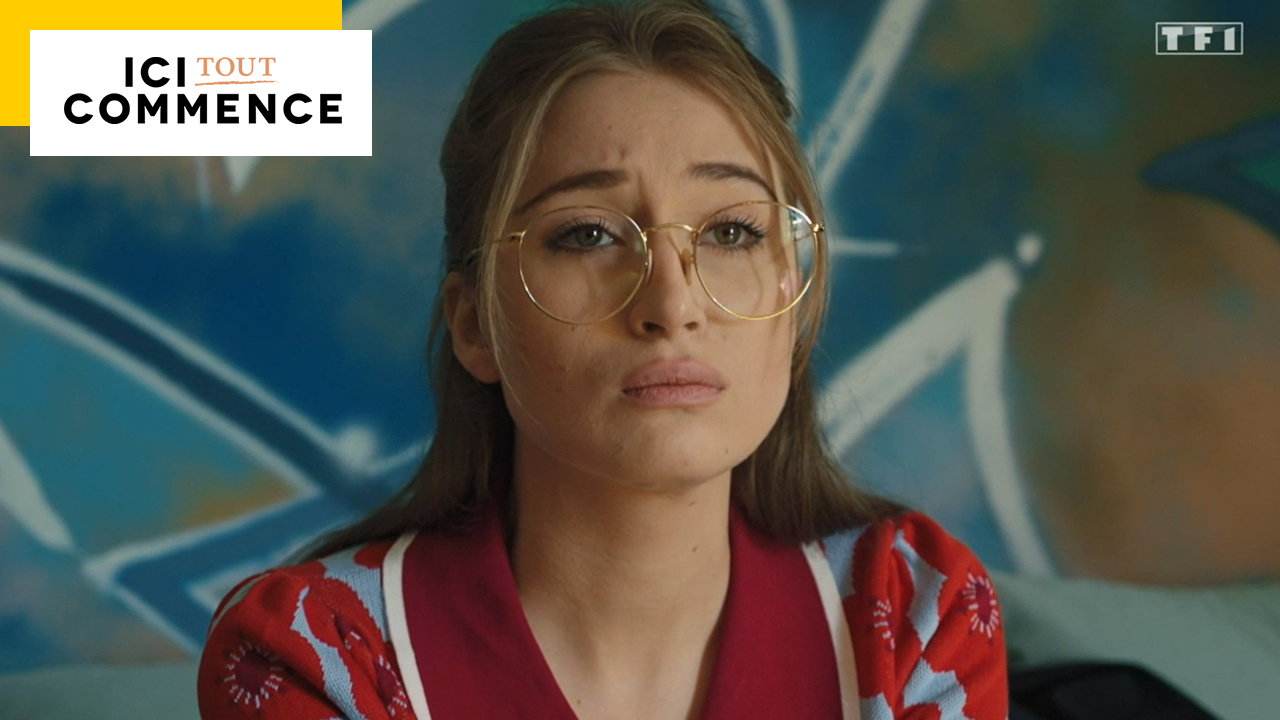 Through her videos, Hortense actually expresses a deep malaise that has inhabited her for a long time. Catherine Davydzenka, her interpreter, talks to our microphone about her character’s bulimia and what awaits her in the sequel to Here it all begins.

Allociné: This video diary is not really intended to talk about her classmates but rather to express Hortense’s deep malaise, which is bulimia. What can you tell us about that?

Catherine Davydzenka : I had to do a lot of research to understand eating disorders. Unfortunately, this is something that has affected me personally since I have friends who ended up hospitalized because of these disorders. So I saw and experienced this up close.

Above all, I chose not to make this thing banal, pretty or even sexy. I didn’t want it to be counter-productive on that. This is why we are going to see a deterioration, even physical, of the character little by little.

We already see on the screen that she is a little more dug, that she is a little worse, a little paler, less made up. Minus everything. It was actually a will. Above all, I didn’t want people to say that she was bulimic but pretty. That was not the goal at all. It was important to me to defend this subject correctly and with as much realism as possible.

On my own and with some help, I decided to lose some weight so I could have that more hollow look on screen as the episodes went on. I was supervised, it was not done in a hurry at all and it is especially not to reproduce alone.

I had this plot in hand a few months before. So I was able to start a kind of process for my character.

Hortense is a rather well surrounded character. Why does she indulge in videos and not to her friends?

Because bulimia is a disease that makes us feel ashamed of ourselves about many things. There is a deep psychological malaise that reflects on the physical. It’s something we just don’t talk about because we’re ashamed. And when you’re deeply ashamed of something, even those closest to you don’t know it. The problem is here.

Hortense is ashamed but she is also an ostrich. I think she knows she has a problem but you will also see it afterwards, she often says that it is shameful and that she is disgusted. These are strong and very harsh words. It’s not something you can just assume. It’s very complicated to get there.

Mahdi (Marvin Pellegrino) is not aware of all this. What will be the repercussions on their relationship?

This problem at Hortense is not recent, it’s just that it was controllable until then. In fact, it’s a concern that she had when she was young and that she had overcome but which has resurfaced in her life this past year. The problem is that it can take eight months or even a year before certain physical features become hollow. It’s actually very slow.

Even if she hides it from Mehdi, for Hortense, they are still a couple and I think that unconsciously she is angry with him. Not very much. In any case, that’s how I built the thing for the sequel. We know Mehdi, he is very ambitious. He tries to show all the love he has for Hortense, but he’s a character who’s a bit over him. The fact that he didn’t see his ill being means a lot of things too.

Can we say that their relationship is in danger?

If there are videos on the whole institute, there will inevitably be some on him too. What will his reaction be? What will be his reaction to Hortense’s illness? How will he understand or not the situation? That remains to be seen.

Through your character, the series often addresses strong social themes. Last year, Hortense was at the heart of the “Sugar Daddy” storyline which explored escorting among young people. More recently, we saw her supporting Mehdi in his fight against cancer and today, Hortense is about to open up about her bulimia. As an actress, is it important for you to be able to address important themes at prime time?

A lot. This is something that is really close to our hearts. Each time I am given a subject, I work on it long, wide and across. I make sure to dig and understand in order to be able to transcribe things as well as possible and perhaps provoke the necessary awareness. Whether in a parent who will perhaps pay more attention to what is happening in the lives of their children. Whether it’s young people who write me letters telling me that it somehow “saved” them from depression. For me it is very important.

This is also why I do this job. Of course it’s pretty and nice to play love or romance scenes, but what matters most to me is that it has a purpose, that it resounds, that it rebounds. That there are things that are taken into account and perhaps more considered later.

Eating disorders are unfortunately a subject of our time. Many people suffer from it, very few people know about it and even fewer tell about it before it is too late. It was truly an honor to be able to defend that.

Last year, we had the opportunity to see Hortense’s father. Do the writers plan to bring his parents back in the future?

We could. His dad being a doctor, it’s very likely [rires].

After this plot which will be devoted to your character, a new disaster will punctuate Here it all begins. What can you tell us about the prom of the institute?

Not much. I was so focused on the character and the subject of bulimia and eating disorders that I didn’t pay too much attention to what happened next. I’m not very present there.

Do you have any other projects outside of Here Everything Begins that you would like to tell us about?

There are little things that are emerging. I have different personal artistic projects. I am setting up a painting exhibition on the theme of emotions. It is an exhibition planned by the end of the year. Right now, I’m working on that as well as on my book as well.