Here it all begins: why are Salomé’s wedding songs missing from the soundtrack? – News Series on TV 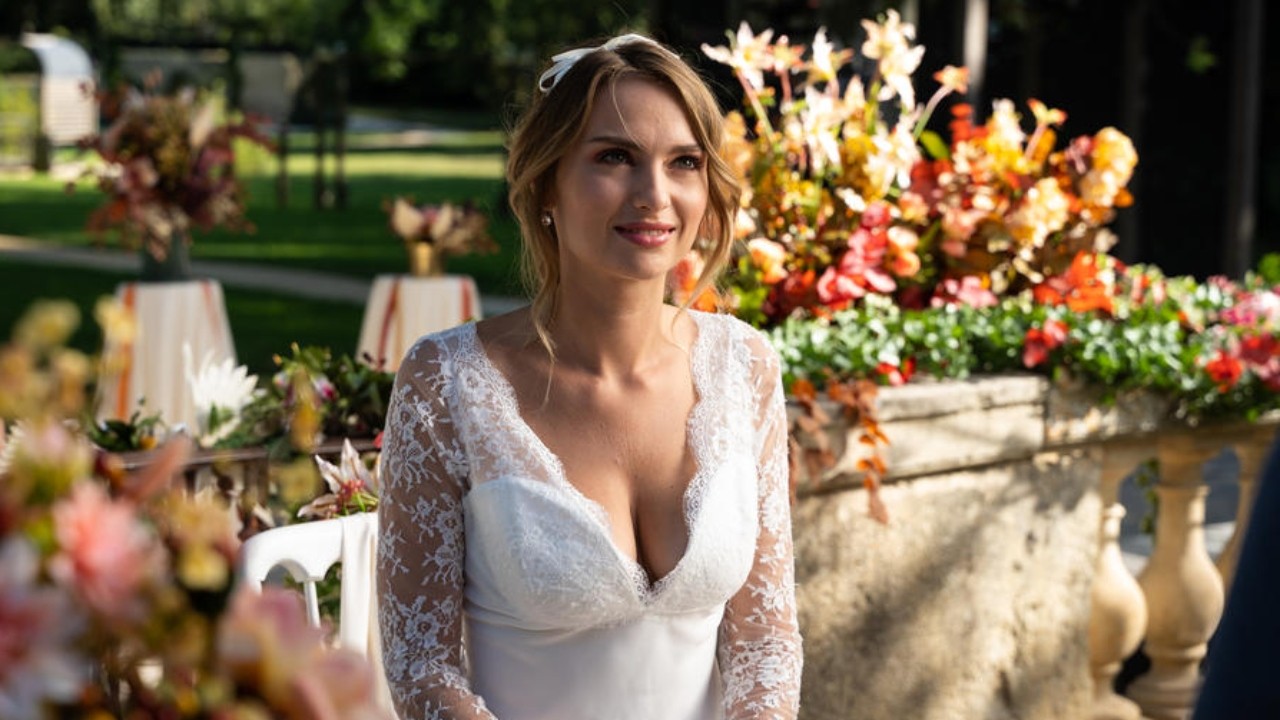 The soundtrack of “Here everything begins” has finally been available for a few days. But some iconic songs, heard at the wedding of Louis and Salomé, are missing from the playlist. The trio of composers told us why.

In order to properly celebrate the success of Here Everything Begins, which has gathered an average of 3.9 million viewers every night on TF1 since its launch, and whose 100th episode will soon be broadcast, the channel and production have unveiled the February 15 the first soundtrack of the series. Entitled “Here everything begins: First year”, this playlist made up of 22 emblematic pieces of the soap opera is obviously carried by the title “Until now everything is going well” by Gims, which serves as the credits for the adventures of the students and teachers of the Auguste Armand Institute. But we also find there the many original songs composed by Emilie Gassin, Matthieu Gonet, and Ben Violet, already at the origin of the music heard in Tomorrow belongs to us.

This first soundtrack from Here It All Begins, which should be followed by other playlists over the years if the series’ success continues, was born out of the rather impressive enthusiasm of the fans for the original tracks that punctuate the series. Daily Maxime (Clément Rémiens), Salomé (Aurélie Pons), and their comrades since the broadcast of the first episode on November 2 on TF1. We can find in particular “Biggest Mistake”, interpreted by Etienne Underhill, “Wide Open”, sung by the former candidate of The Voice Al.Hy, or “Tomber”, interpreted by Fränk, which quickly became essential titles from the Serie.

But die-hard fans of Here It All Begins have noticed that some iconic songs, heard in particular in the episode of November 6, 2020, on the occasion of the wedding of Salomé and Louis (Fabian Wolfrom), were unfortunately not included in the recently released soundtrack. An absence which, according to the trio of composers of the two daily soap operas of TF1, is explained quite simply by the fact that these pieces belong, from the base, to the musical universe of Tomorrow belongs to us. “These two songs are called” Cross the Rubicon “and” I Wanna Be The One “, explains Emilie Gassin. “These are songs that were written especially for Tomorrow belongs to us. But as these are series that come together quite a bit on the plots, for weddings it was a nice nod to Maxime’s character because they are songs that were also used for the wedding of Chloe and Alex in DNA. And the idea, we hope, is to one day release the soundtrack of Tomorrow is ours. Nothing is certain, it’s just something that we would love a lot. But let’s say that in the event of a possible soundtrack, it is wanted that these two songs be on the soundtrack of DNA “.

A possible soundtrack of Tomorrow belongs to us in which we could therefore hope to find, among others, the title “I Don’t Know How”, interpreted by Emilie Gassin, which served as the credits for the first premium broadcast in June 2019 on TF1, and which has since become a recurring musical theme in the Sète soap opera, which illustrates in particular the love story of Karim and Anna. “This song was very popular, it’s true, there is a very strong demand for a soundtrack of Tomorrow belongs to us”, continues the Australian composer, author and performer. “So we hope to make people happy. In any case, we follow very closely the desires and wishes of the public”.

The credits of Here it all begins: