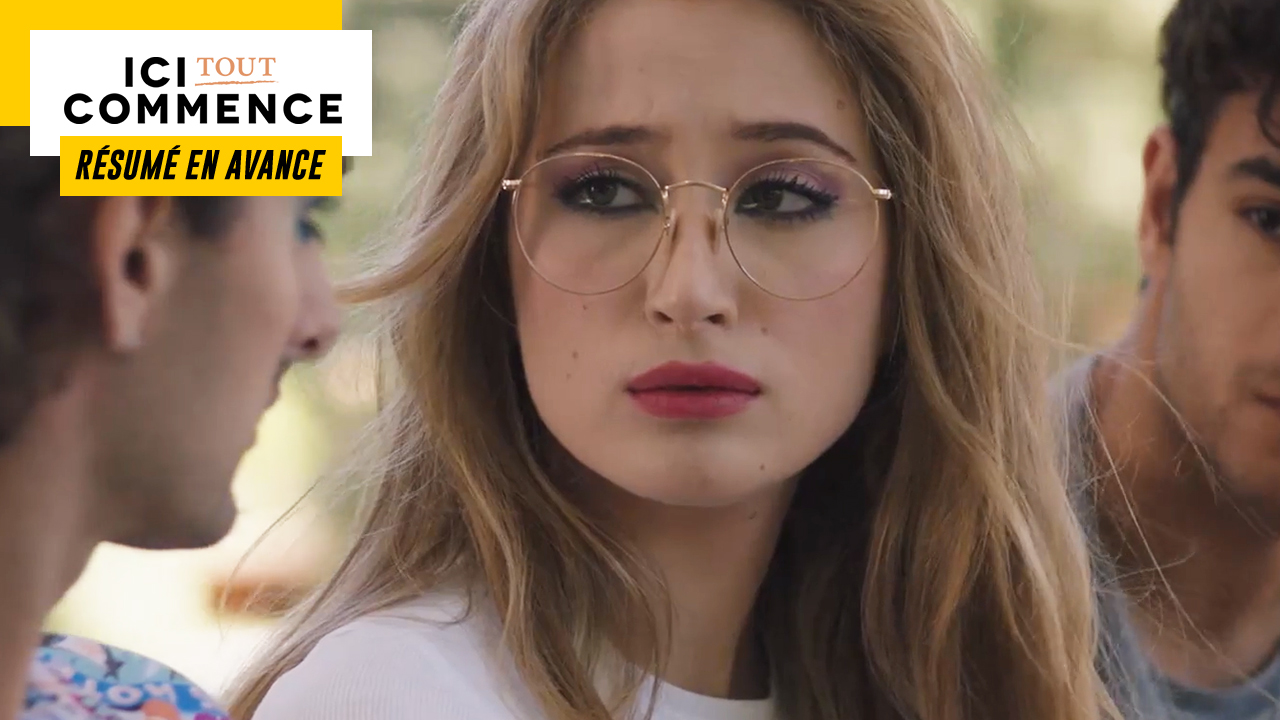 In the next episode of “Here it all begins”… The competition candidates arrive at the institute and Hortense intends to do everything to prevent her sister from entering school.

Monday, August 29 in Here it all starts…

COMPETITION CANDIDATES ARRIVE AT THE INSTITUTE

Axel arrives at the Auguste Armand Institute with his uncle. The pressure is at its height, since the entrance examination will soon begin. The young man knows it, if he does not integrate the school, he will be obliged to work with his father in the building. Chef Teyssier motivates his nephew in his own way since he hopes to see him join the institute. For his part, Axel is determined to succeed and is also certain that his training will bear fruit.

However, Emmanuel warns him: he is not the only one with a good reason to fight. Indeed, Ethan is “the son of”, who must prove to everyone that he is up to it. Young Samia wants to take her revenge on life because she started from nothing. Billie, the eccentric, exists only through her creativity and intends to show what she is capable of. As for Solal, this competition is his last chance to integrate the school of his dreams. And if, Vic and David seem relaxed, they also intend to give everything to get their place.

Vic Rochemont takes his first steps at the institute. The young woman is so dazzled by the building that she jostles a competitor through inattention. She then faces Greg and Eliott, who are in charge this year of directing the candidates to the entrance examination. When the two young men ask her for her first and last name, they are overwhelmed when they realize that she is the little sister of their very dear friend Hortense.

The young woman explains to them that she used to play basketball in sports studies, but that she now wants to reorient herself to follow her second passion: cooking. Vic understands over the course of the conversation that the two students do not seem to know of his background, or even of his existence. According to her, Hortense should not have told them about it since they have been much less close for some time.

After she leaves, Eliott confides in her boyfriend that her best friend only mentioned her once before cutting the conversation short. For his part, Greg thinks it must be a sensitive subject, yet she seems very sympathetic.

Meanwhile, Chef Cardone accompanies Ethan and takes the opportunity to exchange a few words with Chef Teyssier. Emmanuel does not hide his surprise, he does not understand why his son does not join his school in Lille. However, Annabelle doesn’t want to be accused of nepotism and wants to make sure her son will be treated like any other candidate.

A little later, Axel sees Ethan revising on the double A terrace and wants to introduce his nice new acquaintance to Solal and Jasmine. But the Cardone son does not want to talk to them to stay as focused as possible before the first test. His very strange behavior then leaves Axel very perplexed.

Chef Teyssier has developed endurance tests in the kitchen and in the dining room for the competition. This news is far from delighting the rest of the teaching staff who believe that they are too complicated for simple novices. But Emmanuel wants to make sure to have the best students this year, and tells them that they will only be 50 after the first test.

THE EXPLOSIVE REUNION OF VIC AND HORTENSE

Greg and Eliott have a surprise for Hortense: her little sister Vic! While the young woman was delighted to be in her final year and to welcome new students, she fell from a height when she saw Victorine. She then announces that she will pass the entrance examination for the institute and tells her that her parents support her in her decision. This information is a blow to her big sister who suffered greatly from her father’s behavior when she left medical school to devote herself to cooking.

Vic then apologizes to her as she didn’t want to upset her. For her part, Hortense refuses to fall into his schemes and asks him to stop his cinema. The relationship between the two sisters is clearly not looking good, Victorine then asks her if she intends to avoid it or ignore it. But for his sister, the question does not even arise: she does not have the level to integrate such a prestigious school.

Later, the candidates are grouped together in the amphitheater. Salomé takes the opportunity to announce to Solal and Axel that she will supervise the first round of the competition. She then tells nephew Teyssier that the young man sitting further is called Ethan Cardone. He then imagines that the latter learned that he was a Teyssier and that he decided to avoid him.

Antoine and Emmanuel welcome the candidates. The director speaks first and increases the pressure considerably. He then explains to them that only the fifty best candidates of the first test will continue the selections and that only 20 of them will integrate the institute. Then, Myriel continues the explanations: the competition is made up of three tests spread over three days. The candidates start elsewhere in 20 minutes with the pastry test.

CANDIDATES MUST MAKE A MAXIMUM OF CHOCOLATE MOUSSES

The pressure is mounting in the locker room! Candidates know they must take their chance or go home tonight. But David is totally relaxed and even takes the opportunity to flirt with Billie, whose style he really appreciates. The young woman, meanwhile, is not at all interested and lets him know curtly. The young man continues to want to lighten the atmosphere by turning on the music and dancing sensually in front of Samia.

Axel, Solal, Ethan, Vic, Billie, Samia and David are in the same group and therefore pass the pastry test at the same time. Chef Teyssier announces the test to them: make as many chocolate mousses as possible in the allotted time, which he does not intend to reveal to them. They must therefore make the dessert without knowing how much time they have left but also without using pastry robots. Emmanuel is full of inventiveness this year since the group has to beat the egg whites by hand.

While the ordeal has already started, a young man called Hugo arrives late. He then settles next to Vic and asks him for the instructions to follow. But the young woman sets a trap for him by making him believe that he can use the pastry robot to beat his egg whites. Teyssier surprises him about to transgress the rule and automatically disqualifies him… Vic on his jubilant side.

The ordeal is nearing its end. Chef Teyssier takes the opportunity to pass through the ranks and he is very impressed by Ethan’s endurance and the quality of his work. Emmanuel then announces the end of the test and tells them that Salomé is going to count the number of their creations but only those that she considers well done.

For her part, Claire regrets not having gone to her son’s engagement party. She also fears who will make her pay for her choice when she returns from her trip to Croatia with Charlene in several weeks. Olivia then tries somehow to reassure her.

Later, the candidates discover the results of the first test: Ethan came first while Axel brings up the rear in fiftieth place. As for Solal, Billie, Samia, Vic and David, they have all been selected. The Cardone son wishes to congratulate the Teyssier nephew but the latter makes him understand that they will not be friends. Indeed, the young man thinks that his behavior this morning is linked to the tension between their two families.

At the same time, Samia goes to the double A room and pretends to serve a client. The young woman seems delighted to be in the institute like Billie who joins her a few minutes later. The two start chatting and quickly become friends.

At the end of the day, Vic has his chocolate mousses tasted by Greg and Eliott. But when her sister is about to arrive, she decides to slip away. Eliott then offers Hortense to taste the dessert created by her little sister, but she refuses. The couple wants to understand the situation between them and then pushes her to confide. Hortense explains to them that if Vic seems very sympathetic at first sight, it is only a ploy since she is in reality a monster. For his part, Eliott thinks that the contest will ease the tensions but Hortense seems determined to put a spoke in the wheels for her little sister.