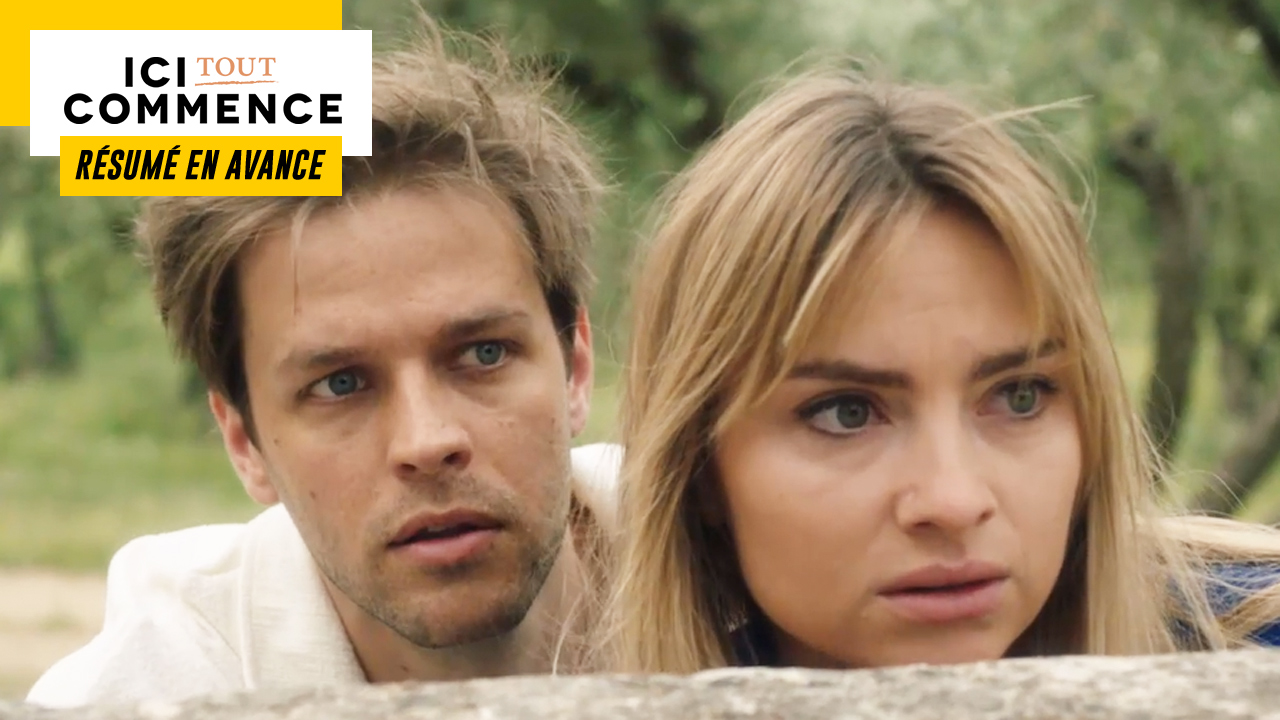 In the next episode of “Here it all begins”… While Swan and in the crosshairs of the police, Charlène and Louis win their case. At the same time, Solal confronts his parents.

Friday, August 5 in Here it all starts…

SWAN IS IN THE POLICE’S HISTORY

Anaïs, Greg and Eliott are worried. Indeed, they have no more news of Salome. As she fears that Swan has kidnapped her, Anaïs would like to warn the police but Greg and Eliott think that they are simply sleeping late. They therefore advise him to wait until the afternoon to worry.

Swan and Salomé slept under the stars. Not being in a hurry to return, they decide to enjoy a little more. Turning on her phone again, Salomé immediately loses her smile when she sees the numerous messages from Anaïs. Upset, the young woman ends up telling the one she loves that his friends suspect him of having assaulted Enzo. Although stunned, Swan immediately thinks that Chef Cardone is looking to frame him for revenge for sabotaging her dessert in the last trial.

For the fourth and final test, participants will have to make a showpiece. The jury therefore expects volume, originality and technique.

Subsequently, Enzo has trouble concentrating in the kitchen. As he has his suspenders pulled up by Chief Teyssier, he tells him that he was attacked. Seriously suspecting Swan, Emmanuel summons chiefs Cardone, Delobel and Demir to tell them of the situation. In order to take no risk, everyone agrees to notify the police.

On the way back, Salomé and Swan see a police car in front of the Beaumont Hotel. And for Salomé, they are necessarily there to stop Swan.

CHARLÈNE AND LOUIS WIN THE CASE

Louis and Charlène take pictures of themselves at the pop-up restaurant for their social networks. Seeing them do this, Hortense summons them to clean everything up before asking them to leave. Indeed, the young woman believes that they are at the origin of the negative comments and that they wish to discredit them to recover the pop-up.

Later, Charlène and Louis post a story on social networks and pose as the chefs of the pop-up restaurant. Hortense, who doesn’t want to let it go, would like to talk to chef Armand about it, but her boyfriend advises her against it. Their menu being solid and their dishes at the top, Mehdi is certain that customers will eventually come back.

In the afternoon, Clotilde goes to the pop-up to take stock. While there has been a slight increase in bookings, it is far from what she expects of her students. As Hortense accuses Charlène and Louis of trashing their work, Clotilde reminds her that the pop-up is her responsibility and that she cannot constantly blame them. When Mehdi begs her to give them some time, Clotilde replies that she needs to think.

Subsequently, Louis and Charlène try to convince Clotilde to put them in charge of the pop-up. Insofar as they have many subscribers on the networks ready to move to see them, the chef Armand accepts. The couple then hastens to make a story to share the good news.

At the institute, Rose and Clotilde meet Lya and Édouard. The latter being always ready to support the institute financially, the two sisters would like to clarify a point with them before accepting anything. Indeed, chef Armand wonders to what extent their contribution depends on the entry of Solal into their establishment. Édouard and Lya then retort that they have confidence in their son and are convinced that he will pass the entrance examination. On the other hand, they want to be able to put the discussion back on the carpet if their son were to fail.

Later, Rose and Clotilde have a coffee on the terrace of the double A and discuss the master. Rose would like to contact the institute’s lawyer to make sure everything is in order should Solal’s parents ever choose to donate through their foundation. However, Clotilde hesitates since the Fayets did not answer the question of whether their help depended on their son entering the institute. As long as Solal will not be on the list of admitted, the chef Armand therefore prefers to remain cautious. For her part, Rose is already planning to give the young man a little boost in case he misses his entrance exam. A discussion that has not escaped Jasmine.

Back in the kitchen, Jasmine reveals to Solal that her parents are trying to buy her place at the institute. However, the latter does not want help from his parents and even less to pass for a big boost. Without waiting, he confronts them. Excluding that their shenanigans influence the jurors and to have a free pass, he summons them to leave.

She-Hulk on Disney +: the quirky recap of episode 1 … the one who sees green halfway …