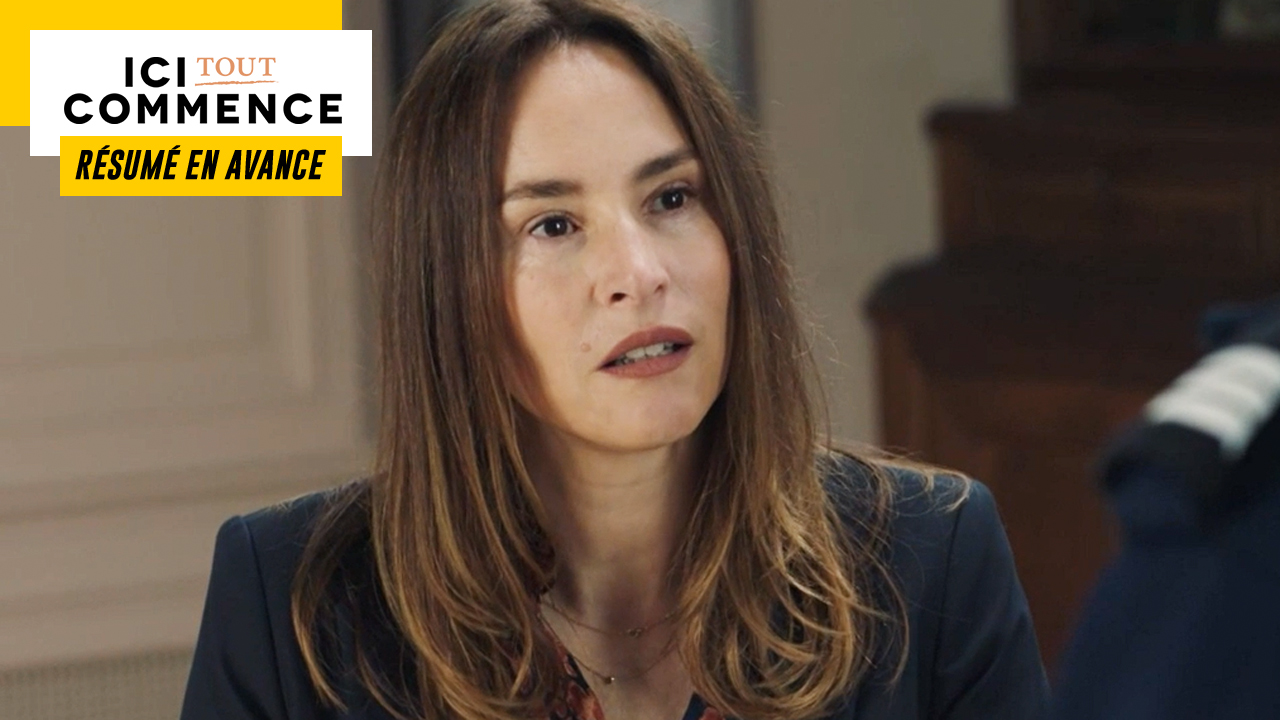 In the next episode of “Here it all begins”… While the gendarmes make a game-changing discovery, the customers of the double A pay tribute to the students of the institute. Anaïs announces the big news to Lisandro.

Monday, May 9 in Here it all starts…

Salomé and Eliott are laughing together when Louis and Charlène pass them in the park. Holding his ex-wife responsible for his mother’s state of health, Louis takes it out on her. As the tone rises, Clotilde intervenes and reminds her brother that he has nothing to do on the school grounds. Only, Louis refuses to leave and warns Salomé that he’s going to make her drool like never before.

Without waiting, Clotilde informs the entire teaching team that Louis is in the process of launching a vendetta against Salomé. To prevent this story from taking too big proportions, Clotilde would like to stop it right away and prevent it from making its law. If Rose offers to speak to him calmly, his sister declares that there is no point in arguing with him. For his part, Teyssier has another idea to prevent him from sowing discord.

He then summons the young man to his office and offers him to take over Claire’s position during his absence. When he asks if there is a counterpart, Teyssier assures that no but warns him however that there are some rules to respect: no outbursts, no rebellion and no threats against teachers or students. . As Louis feels he is doing this to defend Salomé, Emmanuel retorts that he doesn’t care royally. All he cares about is the institute and its reputation. Louis therefore accepts to defend the interests of his mother.

Meanwhile, Captain Brassac meets Rose and Guillaume and informs them that the inspection of the room has begun. According to the first observations, the frame would be in question since the scientific police found traces of dilapidation on the frame. In other words, the ceiling would have collapsed at some point. It is therefore not a few lighting and decoration that have changed the situation. Obviously, the owner should never have rented this room and it is therefore he who will be blamed.

For her part, Salomé goes to Claire’s bedside, who is still in a coma. Without knowing if she hears him, the young woman apologizes to him for what happened. Shortly after, Louis and Charlene arrive. If the Teyssier daughter overwhelms him with reproaches for having dared to come here, Louis strangely comes to the defense of his ex-wife. According to him, it is completely normal for her to be present since she was Claire’s stepdaughter for a long time. Moreover, he refuses to keep this kind of reports now that he will replace his mother at the institute. That’s why he apologizes to Salome for her behavior this morning. Once this last part, Louis announces to Charlène that he is waiting for the right moment to smash Salomé.

Later, Salomé finds Axel at the studio who is preparing love cones. He then takes the opportunity to tell her about what he felt on the dance floor. As they are about to kiss, Teyssier interrupts them to tell Salomé that Captain Brassac wishes to see her.

Read Also:   Django on CANAL +: Noomi Rapace joins Matthias Schoenaerts in the remake series of the cult western on TV

Subsequently, Captain Brassac tells them that Salomé is not responsible for the accident and that she will not be implicated. However, the gendarme wanted to see her to clarify a specific point and asks her if it is indeed to her that the owner has entrusted the keys to the room. Salomé confirms it to him but reveals however to have lost the keys before the beginning of the ball. In reality, the gendarmes discovered that the handle of the main door had not been broken as everyone had imagined, but locked. It is therefore possible that someone stole the keys before the accident to lock the guests inside the room. Someone wanted to kill them.

DOUBLE A CUSTOMERS PAY TRIBUTE TO THE STUDENTS OF THE INSTITUTE

Although many students have returned home after the prom disaster, Tom, Deva, Mehdi, Hortense and Lionel have to provide the service in the hall. As Kelly has to have an operation today, the Lanneau son doesn’t mind it at all and would prefer to stay in the kitchen. Unfortunately, Theo cannot change the schedules.

During the service, Lionel receives a message from Laetitia which indicates that Kelly’s operation went well. Wishing to be present when he wakes up, he demands to leave in full rush. Theo accepts but only if Lisandro also agrees. Right after, the latter arrives in the kitchen and asks the whole brigade to come into the dining room because a customer would like to speak to them.

Indeed, the restaurant’s customers have learned from Lisandro the difficult circumstances in which they have had to work since the accident. Impressed to see them provide the service despite everything, they decide to pay tribute to them by applauding them warmly.

Lionel then goes to Kelly’s bedside who wakes up slowly from her operation and says she is already impatient to go back to class.

Anaïs prepares her things to leave the hospital. Before she leaves, Kelly admits having heard the doctor tell her that she was pregnant. Lisandro not being at all aware, Anaïs would like her to keep this to herself.

Back home, Anaïs promises Lisandro that she is fine. Relieved to find the woman he loves, he says he imagined the worst when she was locked in the room. And to add that he would not have recovered if something had happened to him.

Later, Anaïs walks with Salomé in the streets of the city and takes the opportunity to tell her that she is four weeks pregnant. However, Anaïs is lost and does not know what she wants to do. If she wants to start a family with Lisandro, she is however still not a graduate and also has a job waiting for her in a large Parisian palace. As she still has time to make a decision, Salomé advises her to speak to Lisandro to see more clearly.

On returning, Anaïs announces the big news. Overjoyed, Lisandro kisses her passionately then declares that she will be the most beautiful, the most wonderful and the most brilliant of mothers. Seeing himself already having a little girl with the face of his companion, Lisandro inundates Anaïs with fucking while telling her that he loves her.