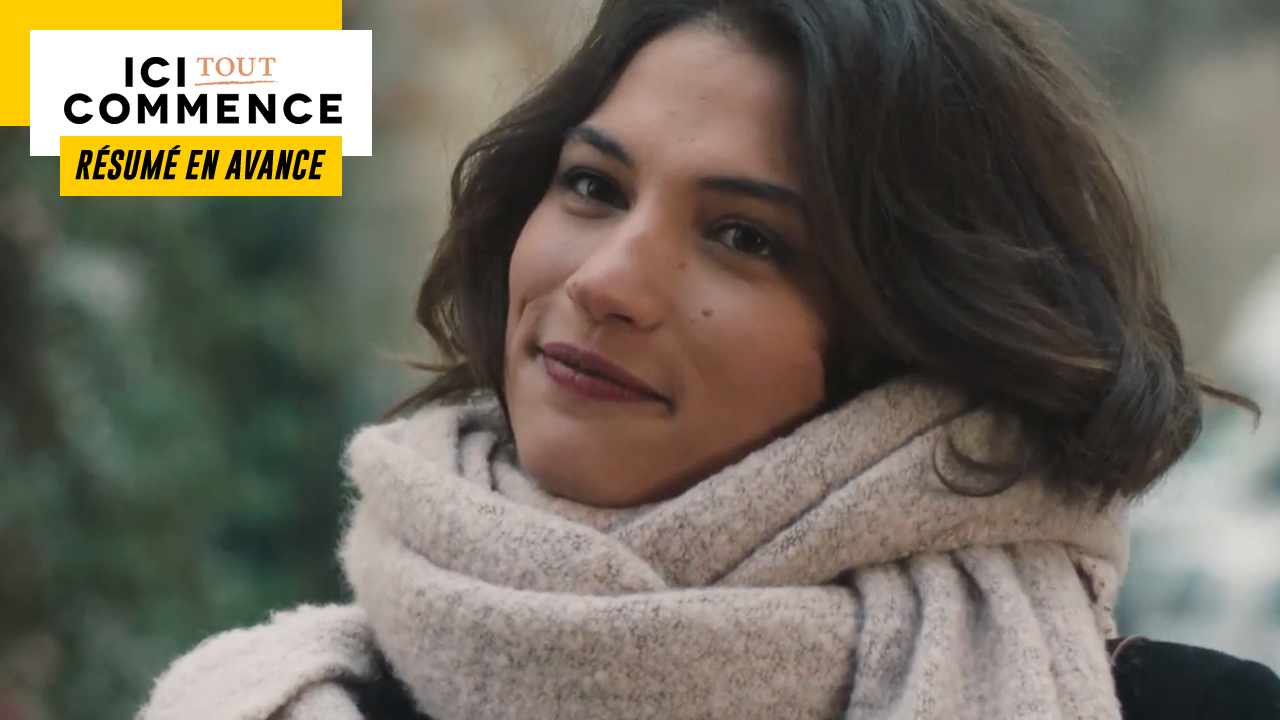 In the next episode of “Here everything begins” … While Maxime and Teyssier ask for Clotilde’s help, Hortense is worried about her marriage. As for Noémie, she meets Zacharie.

Thursday, January 13 in Here everything begins …

After long deliberations, Michel Sarran announces the finalists of the competition for the best cooking school in France and, unsurprisingly, Louis and Enzo will be opposed to Maxime and Teyssier. For the final event which will take place the next day, the pairs will compete in a free trial during which they will be able to prepare the dish of their choice.

Later, the chef Cardone takes advantage of being alone with Emmanuel to tell him that she has no intention of letting go since she considers that he owes her a debt. Indeed, Annabelle still has not digested that he chose to follow Auguste when she had taught him everything. At the slightest moment of weakness, she intends to make him lose his position as director, his reputation and his family.

For his part, Maxime asks for explanations from Elodie who confirms that the chef Cardone never hurt him and that it was indeed a set-up orchestrated by Louis. Angry, Maxime joins the latter to settle accounts. As the tone rises, Enzo intervenes before Delcourt’s son hits him. Louis then assures us that they will sort it out in the kitchen.

When he crosses paths with Maxime in the park, Chef Sarran reiterates his proposal for his restaurant in San Francisco if he wins the competition. However, the young man is afraid of failing at the gates of victory and confides in Salomé because he knows full well that Louis is going to make an unprecedented recipe by Auguste Armand. But Salomé remains hopeful, certain that Maxime can still win.

Not far from there, Louis and Enzo are training on a recipe by Auguste Armand: roasted langoustines in seaweed butter. An ambitious choice that particularly worries Enzo. For his part, Louis is betting on the complexity of the dish to put pressure on Maxime.

At the same time, Teyssier is aware that their recipe will never stand up to a dish from Auguste Armand. Hoping to beat Louis, the chef figures they are going to need help from someone who knows Augustus’ cuisine by heart. This is why Teyssier and Maxime turn to Clotilde. Unfortunately, Chef Armand was hurt to have been ousted from the competition and refused.

HORTENSE WORRIES FOR HER COUPLE

Since Mehdi told him that he no longer wanted to work in pairs with her, Hortense has the impression that he is fed up with her. Mehdi then assures that she has no reason to worry then declares that he loves her and that he does not want to change anything in their relationship.

In baking class, Hortense confides in Eliott that it is torture for her not to work with Mehdi. Despite everything, the young woman is convinced that her boyfriend will eventually realize that they are the ideal pair. For his part, Mehdi works as a team with Greg. And if they often disagree on their recipe, their dessert is nevertheless a success. A victory that does not at all delight Hortense who is jealous.

Later, Hortense apologizes to Mehdi for his overreaction and then admits to being afraid that they are not as close together as before. As she fears for the future of their couple, Mehdi specifies that it is not because they do things on their own that he likes her less.

Now single, Noémie fully intends to make the most of her new life to have fun and that is why she organized a small party in the salt marshes. An idea that does not delight Gaëtan who thinks that she is simply trying to provoke him. While going shopping, Noémie crosses paths with Lisandro in the company of chef Landiras. When she invites them, Lisandro declines but Zacharie accepts with pleasure.

In the evening, the party is in full swing in the salt marshes and Noémie and Zacharie have a good time together. Moreover, the current passes between them so well that Noémie offers to sit down in peace. From the bar, Gaëtan doesn’t like the situation at all.

Narvalo by Matthieu Longatte: “We want to be friends with the characters in each episode” -…

Goodbye forever on Amazon Prime: a nugget of the 90’s action film to rediscover -…

My Hero Academia World Heroes Mission: where is the movie located in the anime timeline?…