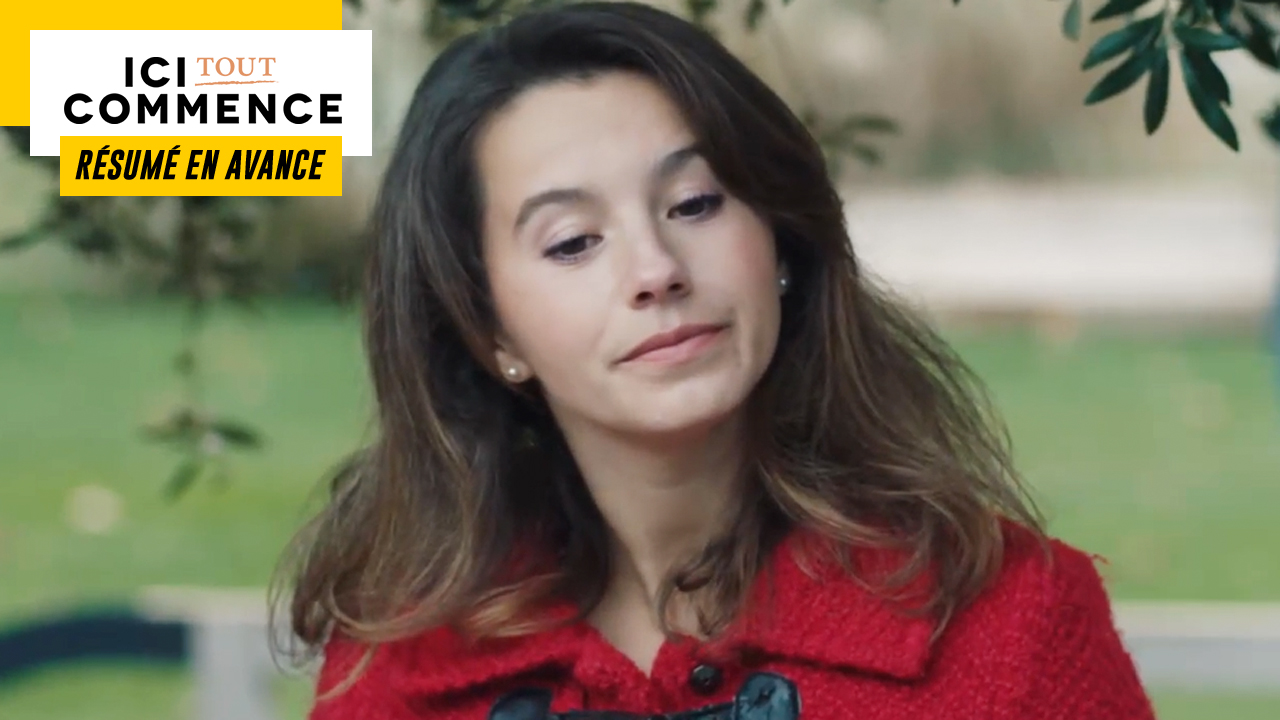 In the next episode of “Here everything begins”. While Elodie is back at the institute, Olivia unmasks Souleymane. At the same time, Tom gets tricked.

Thursday January 6 in Here everything begins …

ÉLODIE IS BACK AT THE INSTITUTE

With the competition for the best cooking school in France starting on Monday, participants are starting to arrive at the institute. This is the case of Elodie, a former student of the establishment, who will compete for the Lille school accompanied by the chef Annabelle Cardonne. Moreover, the young woman comes with a very specific objective: to win the victory in order to show that they were wrong to fire her a few months earlier.

Meanwhile, Clotilde and Maxime are training but the chef Armand, worried about her relationship problems, has her head elsewhere. An attitude that does not please the son Delcourt at all, who reminds him that it is essential that they be ready before the start of the tests on Monday.

For his part, Louis decides to make Enzo work on his weak points in order to make sure to pass the first two tests of the competition. As for Olivia, she arrives at the Guinots’ to collect her things because she has found an apartment.

Later, Emmanuel introduces Michel Sarran to Maxime and Clotilde then takes the opportunity to taste the pair’s recipe. According to him, it lacks a common thread to tie everything together. As the dish lacks character, Maxime makes a few suggestions to improve it. Suggestions that did not go unnoticed by Chef Sarran, who then told Teyssier that Maxime seemed strong.

Not far from there, Louis and Charlene are in the middle of a discussion when Elodie interrupts them to tell them that she is representing the Lille School of Haute Gastronomy for the competition. Understanding that they are in a relationship, Élodie says she is very happy for them. Since Charlene questions her about what is becoming of her, the young woman replies that she has not met anyone and that she has been concentrating on cooking since she returned to Lille. Today, she is very happy to work alongside Chef Cardonne who was Teyssier’s former mentor.

In the afternoon, Emmanuel brings together the whole establishment to properly welcome the participants in the competition for the best French culinary school. After his speech, Michel Sarran takes the floor to invite the participants to cook with desire and sincerity, then Antoine presents the different pairs.

Shortly after, the chef Annabelle Cardonne explains to Emmanuel that she is there for the sole purpose of humiliating him. When she is delighted at the idea of ​​eliminating her pairs in the first round, Emmanuel retorts that this will not happen. For Annabelle, it would be better for him otherwise it would mean that the school has declined since he has been in charge.

At the same time, Maxime is delighted to see Élodie again and even wishes her good luck for the competition. However, the latter did not come to make friends. Determined to take her revenge, she intends to crush her former comrades, starting with the major of promotion …

The holidays having been over for several days, Souleymane would like to take cooking lessons with the first years in order to learn the basic techniques for the entrance examination. If Antoine considers the idea to be excellent, he must first seek the agreement of the teachers. For her part, Rose is not fooled and understood that her stepson was doing everything to spend time with Deva. While she fears that the teachers will end up realizing that cooking is not her thing, Souleymane is sure to succeed in deluding himself. In addition, he hopes to make Deva forget her fiancé by being in front of him all the time.

Subsequently, Souleymane therefore assists during the chef Listrac. Only, this one is more interested in Deva than in what goes on in the kitchen. Olivia, who has grasped her little merry-go-round, then waits until the end of her course to question him about his passion for cooking. Unfortunately, he gets confused in his explanations.

Later, Olivia reports to Antoine that if her son wanted to attend his class, it was not to learn cooking but for Deva. And to clarify that the two students have not stopped flirting.

During his service, Tom is recognized by Lilia, one of his fans. Also making ASMR videos, she would like to benefit from his advice to improve. As he has to shoot a video during the day, Tom invites her to accompany him so that she can see how he works.

At the end of the recording, Lila asks him about his passion for ASMR. Without knowing that she was filming it, he declares that he thought that the people who practiced this discipline were “nuts”. At the time, there weren’t a lot of offers so Tom used this niche to get started. Subsequently, Lilia wants to know how he deals with trolls on the net. Even if most of the time he ignores them, Tom specifies that it happens to him to discuss with some of them by stroking them in the direction of the hair. When she talks to him about Salomé, he confirms that there is something between them but that it is not concrete. Although success makes it easier for him to flirt, Tom still prefers sincere relationships.

While leaving the establishment, Lilia contacts a mysterious interlocutor and affirms to have the elements necessary to trap Tom. With this, the young woman is sure to make the buzz.