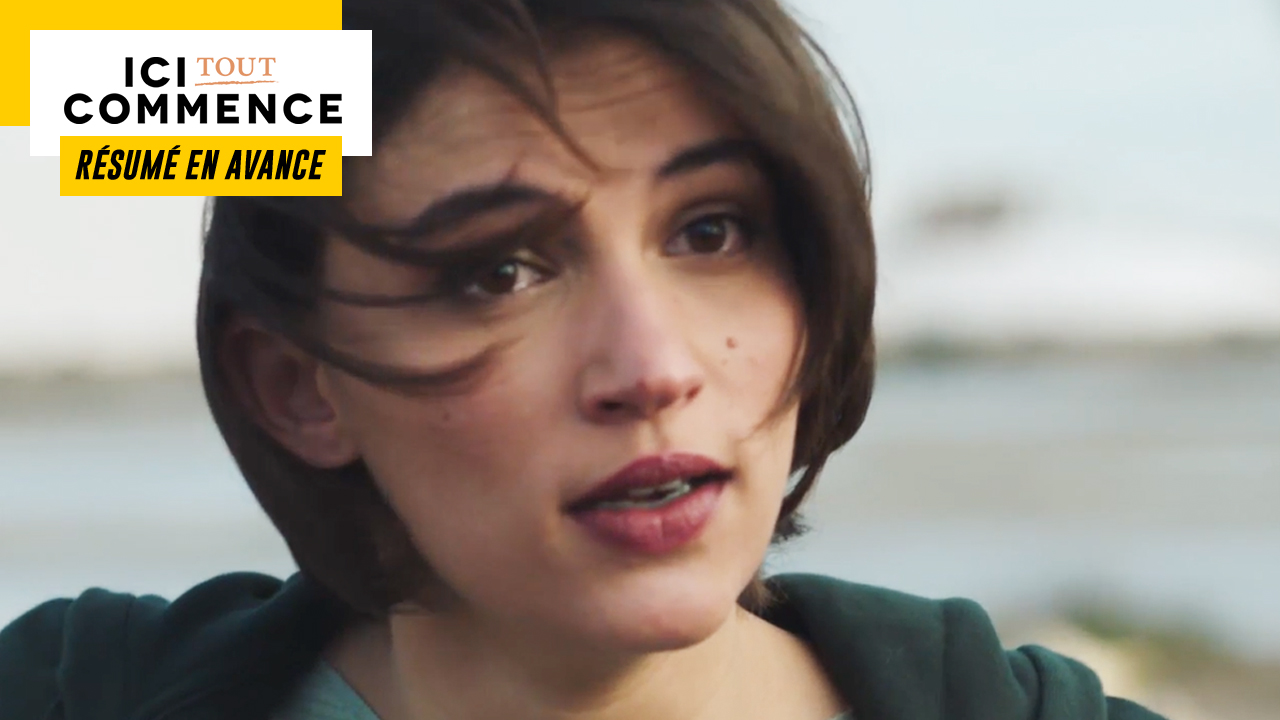 In the next episode of “Here everything begins”. While Louis and Teyssier make a deal, Noémie discovers the truth about Gaëtan and Stella. At the same time, Mehdi injures Hortense.

Wednesday January 5 in Here everything begins …

LOUIS AND TEYSSIER MAKE A CONTRACT

Maxime and Clotilde train for the competition for the best cooking school in France. If the son Delcourt finds that their recipe lacks a little daring, the chef Armand prefers to remain technical to ensure victory. Shortly after, they are interrupted by Teyssier who indicates that he will soon be able to corner Louis. For her part, Clotilde fears for the reputation of the school if this blackmail were to be made known but Emmanuel points out to her that they have no other solution to oust Louis from the competition.

For his part, Enzo hopes to raise the stakes and reports the director’s proposal to Louis. As he doesn’t take it seriously, Enzo threatens to send the photos from the real notebook to Teyssier. Louis then asks him to wait a little longer, specifying that he intends to make an announcement during the day that will be a game-changer.

Later, Maxime meets Enzo to find out if he intends to accept Teyssier’s offer. Insofar as he refuses to discuss this with him, the Delcourt son tries to make him understand that he will be able to say goodbye to his career if it comes to light that he has cheated. Indeed, he signals to her that Teyssier always achieves his goals and that he would do better to accept before it is too late.

Thereafter, Teyssier summons the two teams of the competition to detail the course of the tests. This year, the schools will be decided on three eliminatory rounds judged by Michel Sarran, the president of the jury. Taking the opportunity, Louis declares that he wants the leadership of Auguste Armand if he wins the competition. Teyssier accepts but if he loses, he will then have to give up the institute definitively. Louis in turn validates the terms of this contract. Confident in himself, he assures Maxime that he will manage to get him fired and ruin his career once he is appointed head of the school.

At the end of the day, Enzo warns Louis that he has decided to decline Teyssier’s offer. While they are sure to win the contest, Charlene is struggling to be so confident. Not far from there, Clotilde and Rose ask Emmanuel to come back to his market. Confident, he declares that he has found a way to get rid of Louis for good.

NOÉMIE DISCOVER THE TRUTH ABOUT GAËTAN AND STELLA

Noémie wonders about the necklace she found in Gaëtan’s belongings. Not believing her explanations, Chef Matret wonders if her companion would not have bought it for Stella in the end. Indeed, she noticed that her sister and Gaëtan were very close and spent a lot of time together. When she questions him to find out if something has happened between them, Rivière’s son says no.

To be sure, she tries a bluff by making Stella believe that Gaëtan has told her everything about their story. Stella then falls into the trap and confirms having had an affair with him. With tears in their eyes, Noémie summons her sister to pack her bags and leave the scene immediately.

Before she leaves, Noémie questions her about the duration of their adventure. Uncomfortable, Stella admits that it’s been a little over two months but ensures that everything is over since their departure for Italy. Unfortunately, Noémie does not believe her, especially since Gaëtan gave her a necklace. In a rage, she takes her sister’s things and throws them outside.

Once alone, Noémie informs Gaëtan that she has moved into her sisters’ room. Still in love with her, he swears to do everything to make up for his mistake but she retorts that there is nothing to make up for before launching that their relationship is over. When he asks her if she is going to leave, Noémie answers no. As she excludes losing her restaurant because of him, she wants them to live together.

Mehdi preferring to work with other people in pastry making, Hortense has the impression that he is moving away because he likes her less. After having guaranteed the contrary, the young man indicates that it is Landiras who advised him to distance himself in class. Seeing that he lines up behind his advice, Hortense takes it badly.

At the end of the pastry course, Hortense confronts Landiras who believes that this distance could help them develop their own culinary universe. Not intending to let them make the same mistakes he did in the past, he explains that it’s difficult to mix cooking and a romantic relationship. However, Hortense does not want his advice.

Later, Mehdi signals to Hortense that she cannot go after their teacher for no reason. Since she is certain that he is trying to separate them, Mehdi retorts that he is doing this on the contrary to help them. Embarrassed, Mehdi ends up confessing to him that their pastry duo has not worked for some time and that he did not know how to tell her. Words that deeply hurt Hortense.

Game of Thrones: Jon Snow and Tyrion Lannister not convinced by the House of the…